Every year, the Vatican Observatory Foundation publishes a calendar featuring fantastic astronomical images from amateurs around the world… and noting dates of particular interest to astronomers. They can be purchased online here…

This year’s calendar is out, and it looks great. (OK, so as proofreader I missed a couple of glitches, which immediately made themselves obvious as soon as I opened up the printed version. Nothing as bad as a couple years ago when we got Galileo’s birthday wrong!) 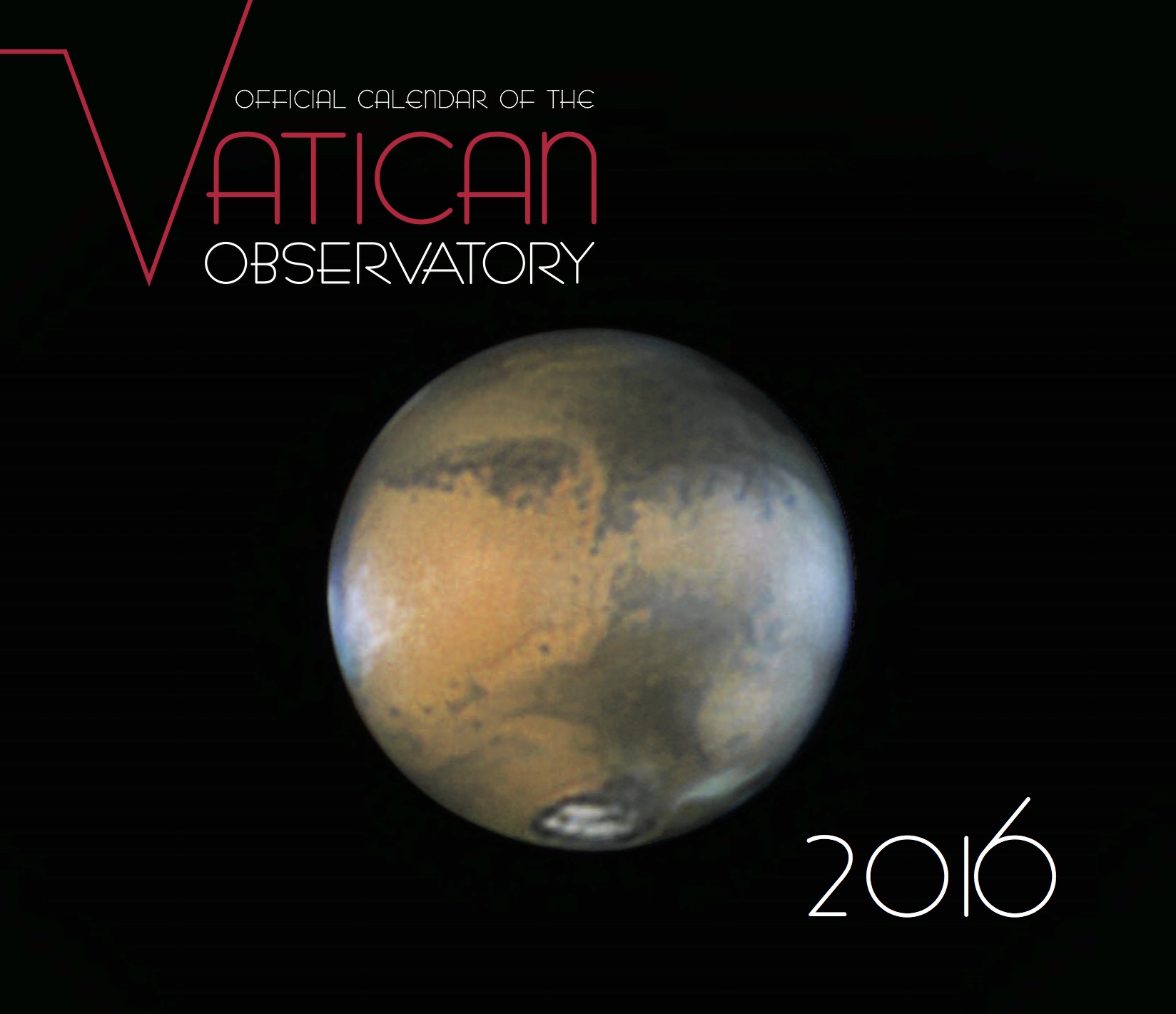 On the back, I always write a pithy little paragraph or two that nobody reads. As a freebie for readers of The Catholic Astronomer, here’s what I put there this year:

A few years ago, a couple of cosmologists who styled themselves as atheists attempted to show that there was “no need for God” to start the universe, at the moment popularly known as the Big Bang. They proposed thatthat a quantum fluctuation in the zero-energy vacuum field of the “nothingness” that presumably existed before the Bang occurred could have given rise our our existence.

Their argument, while certain having scientific merit, would have failed any Philosophy 101 class. After all, if one defines “God” as “that which started the Big Bang” and then you define quantum fluctuations as the cause of the Bang, then logically you haven’t disproved God; you’ve proved that God exists, as a quantum fluctuation – whatever they mean by that!

But more seriously, as the late Fr. Bill Stoeger explained in a chapter of our 2009 book, The Heavens Proclaim, the argument fails on a more fundamental level. “Creation out of nothing” is not the same as “creation in a vacuum” since even a vacuum is not “nothing”. As the cosmologists themselves concede, the primordial vacuum contains a zero-point energy; it also contains space, and time, and the laws of physics that allow it to fluctuate… or not.

Furthermore, God’s creation is not something that happened at one time in the distant past. Rather, since God is outside of time, God’s creation occurs continually at all times. From our point of view, every moment, every second, every nanosecond, God is creating. God maintains the existence of the Universe. The famous philosopher Wittgenstein pointed out that nothing can find meaning within itself; only a super-natural God, standing outside of nature, can cause nature to exist and give it meaning. God is not a being; God is Being.

But we Christians realize that God is more than the author of the Big Bang. God so loved this creation that He sent His only Son to become a part of it. In the Incarnation, as St. Athanasius wrote more than 1500 years ago, the universe became “cleansed and quickened”. Thus to study God’s creation, as we do at the Vatican Observatory, is an act of worship both to God who Created and to God who chose to become part of that creation.

You can join us in learning where to find this beauty, and help us bring it to our fellow humans, God’s creations, by joining our work as a member of the Vatican Observatory Foundation. Learn more at our web site, and join in the conversation at The Catholic Astronomer: vaticanobservatory.org/blog