Because of the geometry, changes in the terminator happen more slowly near the lunar poles and shadow phenomena happen more slowly. The deep crater near the center of this image is Scoresby (58km dia.). Above this crater are a pair of similar sized craters. The one closest is Challis (58km) with Main (48km) a bit farther out. They don’t look that dissimilar in size, do they? A line through them leads further north to a much larger crater, Byrd (97km). Further on is the extremely foreshortened crater Peary (77km) looking like a gash on the limb. The far wall of this crater which is literally the limb here, is the lunar north pole!

Going back to Scoresby we look below it to a very identifiable cloverleaf of overlapped craters forming a large flat plain. The large central circular region is Meton (126km) with the surrounding lobes (or petals on the cloverleaf) being lettered satellite craters of Meton. Above Meton is Euctemon (65km) and above this is De Sitter (66km). But the crater worth watching is on the other side of Meton below and to the left of Scoresby. It is a large circular ‘walled plain’ Barrow (95km) with the obviously younger Barrow A (28km) on its left wall. Like the Meton complex, this crater has been flooded with lavas making it’s floor a perfect projection screen. Notice the shadow projected on the floor of Barrow. It forms a rough “V” shape as the sun rises on this crater. The inset image shows it at an earlier colongitude on a different date showing the dramatic “V” formed when the first rays of the rising sun flood through a breach in the eastern wall of this crater. It is quite a stark shadow and enjoyable to watch as the sun rises higher. 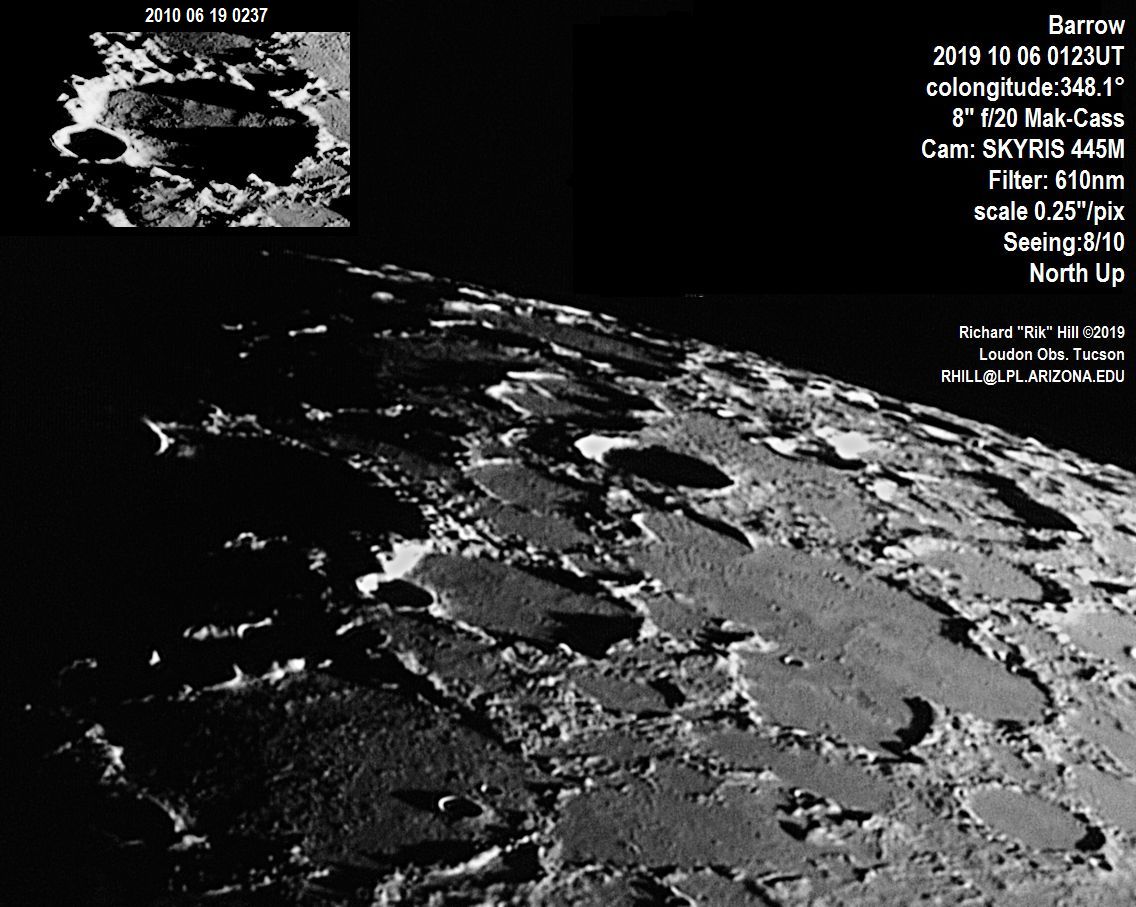