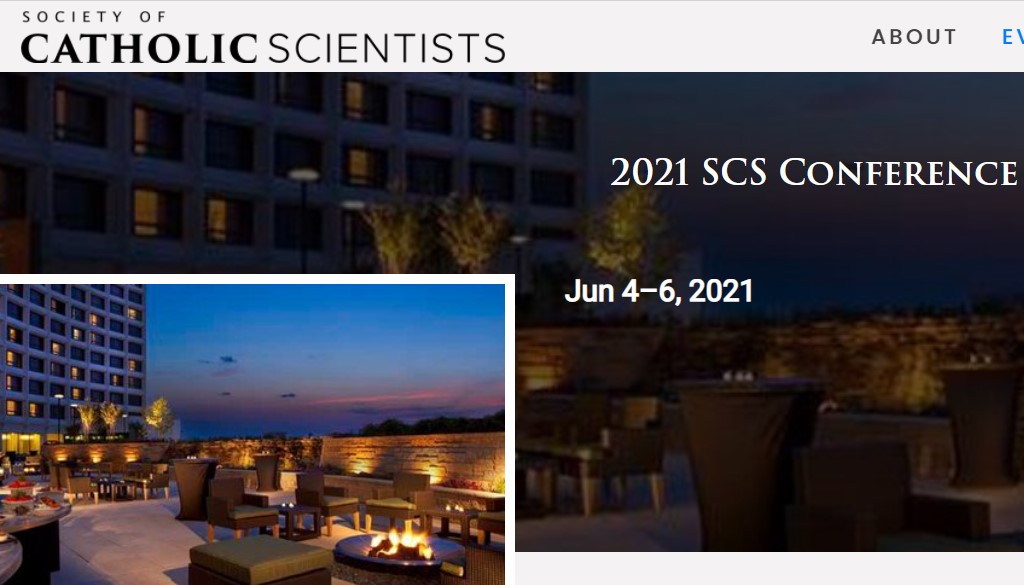 As I discussed in my post last week, the 2021 Conference of the Society of Catholic Scientists (SCS) was held from the evening of June 4 through the afternoon of June 6 at the Washington (D.C.) Hilton. Conferences involve a lot of sitting, listening, eating, sitting, eating, talking, sitting, etc.—all in some gray-walled, windowless conference space. On the main day of the conference, June 5th, things started at 7:00 AM, and they did not end until 9:00 PM.

So while I was sitting and listening on the 5th, I was surprised to hear from behind me the distinct but muffled whine of a kid who was very much ready for a break. I could empathize. The talks were good, but nevertheless I too was ready for a break. So at the next break I turned around, to find that a whole family was attending the SCS conference!

Despite the muffled whine, all the kids in the family were doing really well. I was impressed. This was a tough bunch of kids! Good for them! The talks may have been interesting, and no doubt really educational (as I discussed last week, they were understandable by a broad audience), but all the sitting made even me antsy, and I am no kid. At some point I struck up a conversation with these folks, the Hallare family, and found out that both parents taught mathematics, one at a community college!

So now I was doubly impressed. In the poem “Address to a Haggis” the author Robert Burns asks his reader to behold those who eat Haggis: they are colossi whose very tread shakes the earth and whose swords rend the air with a shriek. These Burns contrasts with people who eat fine cooking and are a bunch of sickly wimps by comparison. Having retired from a very nice 30-year career at Jefferson Community & Technical College in Louisville, Kentucky, that’s pretty much the view I have of the academic world, with the community college people being the Haggis-fed (in more ways than one) colossi, and those from… some other institutions 🙂 … being the eaters of fine cooking! And community college mathematicians are the toughest of the tough!

And so I had to ask the Hallares if they would be willing to share their impressions of the conference, and they were graciously willing to do so. Here is what they had to say:

The cookies were indeed pretty good, Ferdryx. Everyone was nice to me, too.

Ferdryx was quite the trooper. His family did cut away at times, and of course there were those cookies to sustain the weary, but a 5-year-old who can survive a conference is doing well.  And of course, his comment also says something about the pleasant and welcoming nature of the conference.