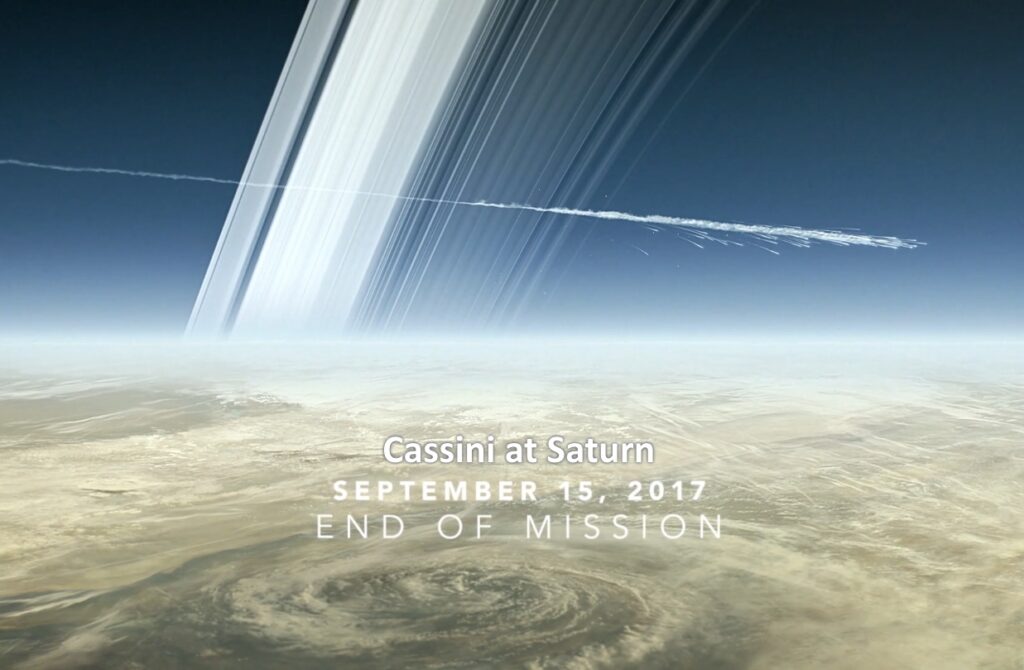 The Cassini mission to Saturn ranks right at the top of my list of favorite space missions; this morning, on NASA TV, I watched Cassini’s final moments as it plunged into the atmosphere of Saturn… and I had a good cry. It’s an odd juxtaposition of feelings: being overjoyed and incredibly sad at the same time.

When Cassini launched in 1997, my daughters were aged 12 and 9; my wife likes to recall the story of my phoning my eldest in 2004, then in college, to tell her that Cassini was making its orbital insertion burn! She also claims that I can be “such a geek.” 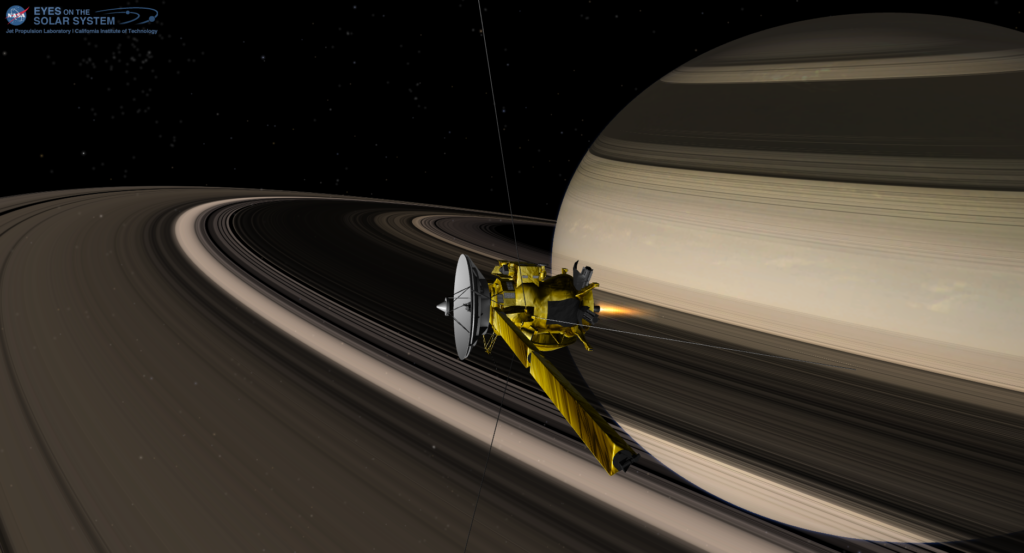 Yesterday, I heard a story on NPR with a NASA engineer that was at the very first Cassini planning meeting – 30 years ago! For several people, this mission has been their entire career! In an interview I heard this morning, one mission specialist said that most of what’s in recent science textbooks about Saturn, came from Cassini.

Cassini was a spectacular mission – start to finish; Cassini has taught us SO MUCH about Saturn and it’s moons, and the data it has returned will be studied for years to come. 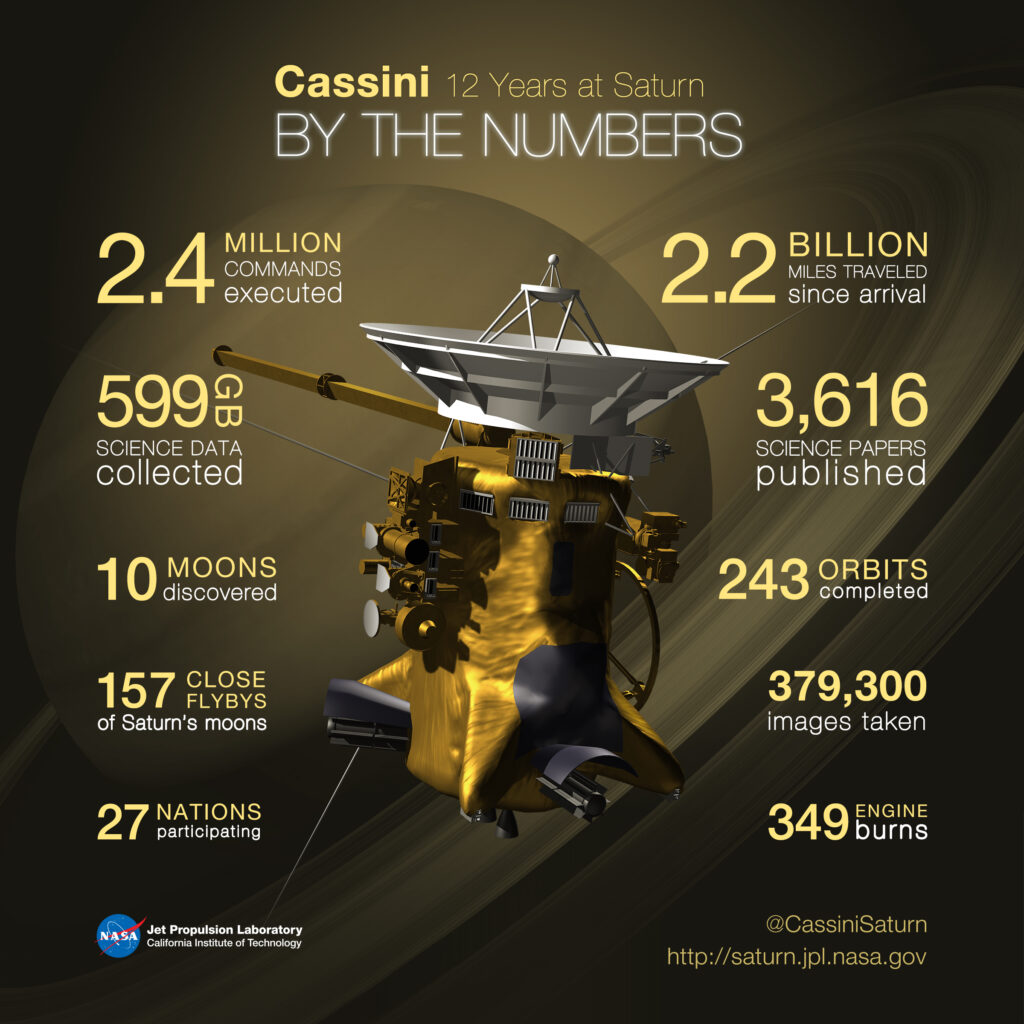 This infographic offers a snapshot of just a few of the Cassini mission’s big numbers as it heads into a final year of science at Saturn. Credit: NASA/ JPL-Caltech

Cassini has also taught us that the worlds of the outer solar system have a lot to teach us, and extended orbiter missions are the right way to do it. In interview after interview this morning, a theme I kept hearing was that “we need to go back.” There’s serious talk about returning to Saturn’s moon Enceledus, which may have conditions in its deep sub-surface ocean suitable for life.

I’m hoping that the next Planetary Science Decadal Survey will include orbiters for Uranus and Neptune; who knows what wonders the ice giant worlds and their moons have to teach us? If the results from Saturn are any guide, the answer is: quite a lot!