The monster crater here is Gassendi (114km diameter), a landmark for this colongitude on the north shore of Mare Humorum, the “Sea of Moisture”. Gassendi was flooded during the same even that created the mare so we only see the tops of what once were magnificent central peaks. The faulted floor is always a enjoyable but I particularly like the detail in the walls of the crater as they catch these early rays of the rising sun. Note the two notches in Gassendi’s wall at about the 11 o’clock position. On LROC Quick Map they appear to be to impacts through the mountains giving the appearance at this lighting of being parallel rimae. The nice central peaks and rimae on the floor are provide a rich field for examination. There are 3 main rimae that diverge from a point to the east of the central peaks. Between two of them is a small crater, Gassendi N (3km). The rima on the left side is only 1km wide for much of its length.

Notice the Rimae Mersenius that run from the area west of Gassendi down south along the western shore of Humorum. The smallest craters identifiable on the mare are around 2km diameter as measured with LROC Quick Map. The resolution limit for this aperture on the moon at perigee, which it nearly was this night, is about 1.4km. (see: https://www.lpl.arizona.edu/~rhill/mincrater.html) so how was it possible to see that rima mentioned above? Linear features, especially in a high contrast situations like this where one wall of a canyon is in darkness and the other brightly lit by the Sun allow for such observations. 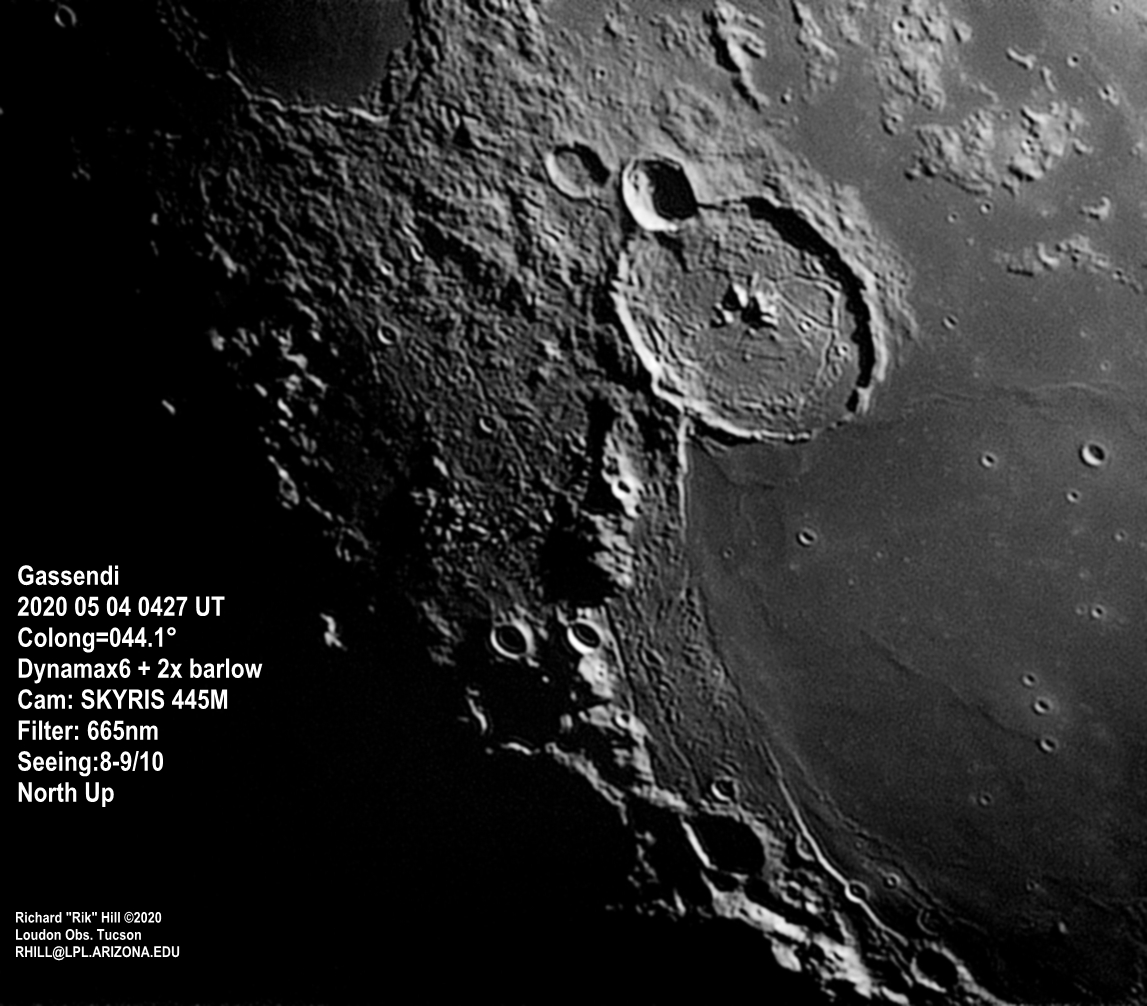