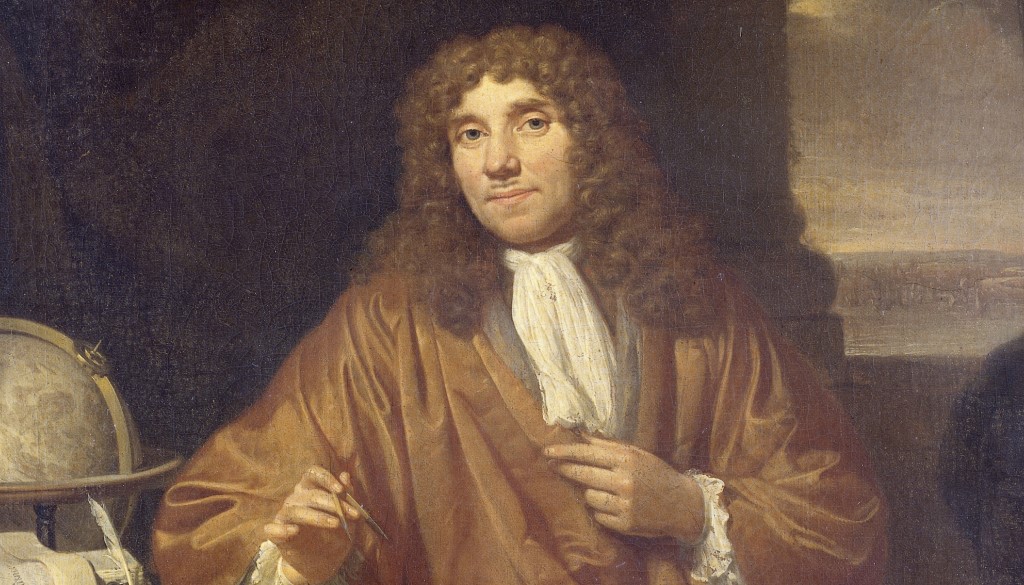 Have you browsed around the Faith and Science Resource Center here at VaticanObservatory.org?  I edit those Faith & Science pages, so I can tell you all about the resources that we have collected together there over time.  But today I would like to tell you about something there that is new.  It is a book for younger readers, about a scientist—Antony van Leeuwenhoek.

The book is called Antony van Leeuwenhoek: Seeing God’s Perfect Work through a Microscope.  The purpose of the Faith & Science pages is to provide information that can lead you to good resources, so sometimes the resources listed just include an excerpt of the work featured.  However, sometimes the entire work is freely available; that is the case with this book.

The book is aimed at younger readers, but it is intended to be of interest to all ages.  I can say that because it is written by—well—me.  And Br. Guy (he did the foreword to the book).

The book has been in the works since about when COVID got going. It has slowly oscillated between my back and front burners.  But the reality issue is what finally got it over the finish line.  Houghton Mifflin Harcourt (HMH) provided the final bit of impetus to do that.

This past September I was browsing our local library, looking for books for younger readers.  (The Faith & Science pages need more material for younger readers.)  I saw a new (2019) book about Leeuwenhoek, called All in a Drop: How Antony van Leeuwenhoek Discovered an Invisible World, by Lori Alexander, illustrated by Vivien Mildenberger, published by HMH.

Leeuwenhoek made a lot of explicit references to his faith in his writings, in particular to the work of the Creator of that invisible world he discovered.  That was one of the reasons I had decided to work on a Leeuwenhoek book, as a “Faith & Science” project.  So of course I had to read All in a Drop.

But All in a Drop makes no mention of religion at all.  For example, it has a section on “Growing Up Quickly” that discusses education in the seventeenth century: what students would learn in basic schooling and in universities, and what they might do with their schooling.  No mention of religion.  Anywhere.  No mention of Leeuwenhoek’s baptism, marriage, and burial, which were all in churches.  No mention of how he, and his fellow microscope pioneer Robert Hooke, frequently cited the microscopic world as evidence of the hand of God in action.  All in a Drop shows Hooke’s book Micrographia in illustration; it emphasizes Leeuwenhoek’s excitement and amazement.  But the religious language these two pioneers used is omitted.

There is a word for this: “Bowdlerized”.

All in a Drop is a nice book.  It looks great.  The artwork is really appealing.  The discussions of the science are good.  It is well-constructed.  Read it.  But know that it does not portray the reality of the work of pioneering microscopists.

When Thomas Bowdler created his edition of Shakespeare, with the more ribald content removed, he created a version of Shakespeare that was not real.  And neither are the versions of scientists that appear in so many books about scientists written for young people.  My experience in looking through books for younger readers—and I, with the help of my wife, have read a lot of these books—is that, whether the subject is Isaac Newton or the women of the movie “Hidden Figures” who worked as computers for NASA, these books omit scientists’ interest in faith (this is particularly notable in the NASA computers case, as the book Hidden Figures, for adults, features their faith lives, but the various books produced for younger readers do not—even young reader versions of the original book, written by the same author).

We should consider what it means for science if we show an unreal picture of science and scientists to young people, so that they do not see what moved so many great scientists.  Some young people are not likely to really understand why the claws of a flea magnified 100 times would excite anyone.  Some of those might understand, however, if they knew that Leeuwenhoek saw those perfectly-formed claws as the superhumanly intricate work of a God who was so powerful as to be able to pour creative detail into even the smallest of things.

The idea in Antony van Leeuwenhoek: Seeing God’s Perfect Work through a Microscope is to just let Leeuwenhoek speak.  This way younger readers can see his discoveries in something like the way that he saw his discoveries, not in the way that we expect science to be seen today.  If this approach in books for younger readers is not new, then, if has been tried before, it is not common.

Check out Antony van Leeuwenhoek: Seeing God’s Perfect Work through a Microscope in the Faith & Science pages (click here).  You can read it for free in electronic format.  If you want a print copy, you can get that, too.  Thanks to the marvels of “Print-on-Demand” technology, you can choose an inexpensive paperback version, a somewhat pricier (but still pretty cheap) glossy hardback version, or even a glossy color version.

Let me know what you think about the book.

Click Here for Antony van Leeuwenhoek: Seeing God’s Perfect Work through a Microscope on the Faith and Science Resource Center of VaticanObservatory.org.