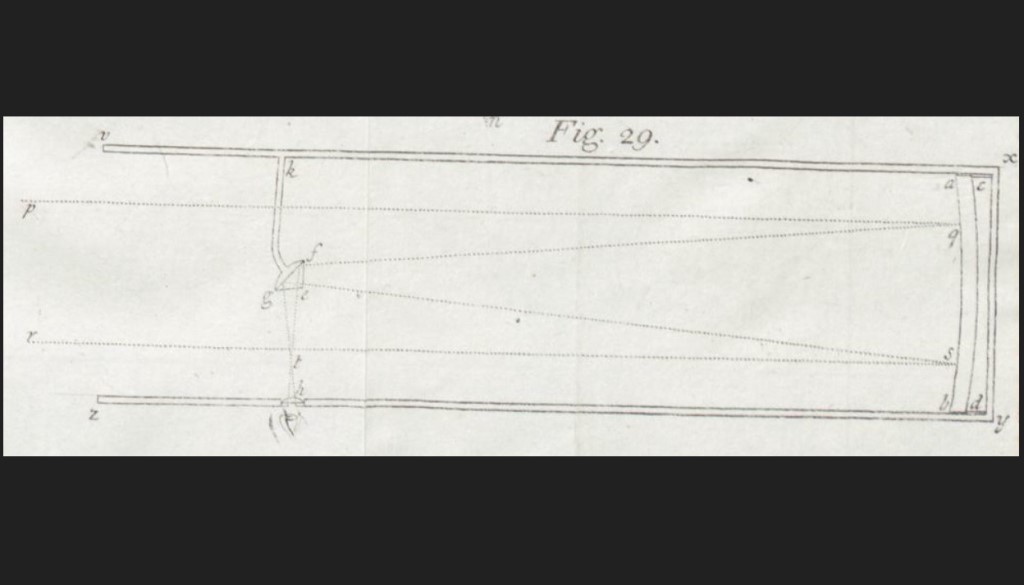 This is a re-run of a post that originally ran in February 2016. I had just started writing for
Sacred Space Astronomy/The Catholic Astronomer, and this was the first real post I wrote
(aside from the first, entirely introductory post).
Six years of writing for the Vatican Observatory!

This is a great time to be a student of astronomy’s history. When was it ever easier to get your hands on rare historical astronomical material?

Would you like to peruse an original edition of Galileo’s 1610 Sidereus Nuncius? There is a nice copy available for you right now from Erara (a collection of digitized rare books from Swiss libraries). You can scan through it multiple pages at a time, or read it page by page, or even study each page with a magnifier. Or, if you prefer, Google also has a copy for you. Google’s copy is not so pretty, but it is searchable. Perhaps you are looking for a rarer book, such as Georg Joachim Rheticus’s Narratio Prima—his 1540 “preview” of Copernicus’s 1543 De Revolutionibus. Google has that, and De Revolutionibus, too. Or maybe you would like to see Giovanni Battista Riccioli’s discussion of the moon and lunar map (the one that gave us the names of features such as the Sea of Tranquility and the crater Tycho). It’s all in his 1651 Almagestum Novum. Erara has that. Newton’s Principia, with his discussion of the orbit of a comet? The Internet Archive has a nice copy (complete with the fold-out comet illustration). How about Kepler’s laws of planetary motion, in Kepler’s own words? His 1619 Harmonices Mundi is right at hand. So is Newton’s Optics, if you want to check out his diagram of the “Newtonian” reflecting telescope. So is Simon Marius’s Mundus Jovialis, where he gives Jupiter’s four large moons the names Io, Europa, Ganymede, and Callisto. And there are many, many other sources for rare books besides Erara, Google, and the Internet Archive.

Not so long ago people who wanted to look at all these rare books would have needed plenty of time, and robust travel budgets, so they could journey to libraries that had the books. But of course there would still be restrictions on the use of the books—the University of Louisville’s library has several of the books listed above, including the rare Narratio Prima, but you can’t check them out on your library card and take them home with you; in fact your use of them is carefully supervised. But now all scholars can have their own personal copies of the Narratio Prima to study, right on their desks at work, or in their laps at home, or, thanks to the ubiquitous smart phones, even while waiting to get their cars serviced. And they can even look through their Narratio Primas during lunch—no irreplaceable books will be damaged by spilled drinks.

Erara, Google, and so forth are what have allowed me to do my research while being a community college professor [retired in 2020]. My current project is a translation of Johann Georg Locher’s 1614 Disquisitiones Mathematicae, an anti-Copernican work that Galileo made sport of in his 1632 Dialogue Concerning the Two Chief World Systems, Ptolemaic and Copernican [published in 2017!]. Of course I downloaded from Erara a complete copy of Disquisitiones for my laptop. But what is truly remarkable is this: Locher references a number of other writers, and often quotes them, and I was able to find and check Locher’s citations and quotations for almost every work he references. Franciscus Aquilonius, Opticorum Libri Sex, of 1613? Found it. Tycho Brahe, Astronomiae Instauratae Progymnasmata, 1610? Got it. Martianus Capella, De Nuptijs Philologiae, 1539? Yes. Leopold of Austria, Compilatio Leopoldi Ducatus Austrie Filij ad Astrorum Scientia, 1489? Check. Anthonius Possevinus, Bibliothecae Selectae Pars Secunda, 1593? Found it. I was able to access every source cited by this 1614 author, and I was able to do it at no expense, from my desk.

This is all relatively new. It must be having an impact on the study of astronomical history, but just how big that impact is I can’t say. So many old astronomical works have not been translated and well-studied [still true in 2022]. These works undoubtedly will tell us a lot about how astronomy came to be the science it is today, and a lot about how science in general works. It may also have an impact on modern astronomy, because these works contain data that may be of value to present-day astronomers.

But for those who are ready to tackle both the language and the science, there is [still in 2022] a tremendous amount of fertile ground waiting to be ploughed, there is an abundance of material available, for free, and it can all be found on their phones.