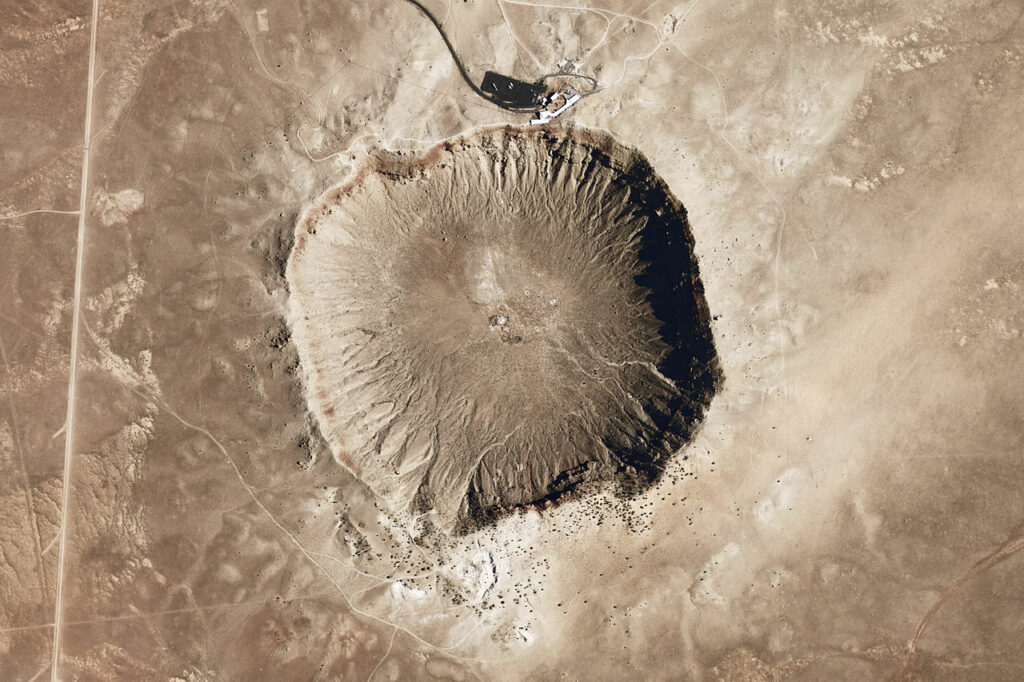 Asteroids and meteorites are right on the top of my list of interests when it comes to astronomy. Visiting Meteor Crater National Landmark in Arizona has been a “bucket-list” item for my wife and I for a LONG time.

We visited the crater on Easter Sunday 2018, and it was simply spectacular! My first sight of the crater through a window in the museum took my breath away. 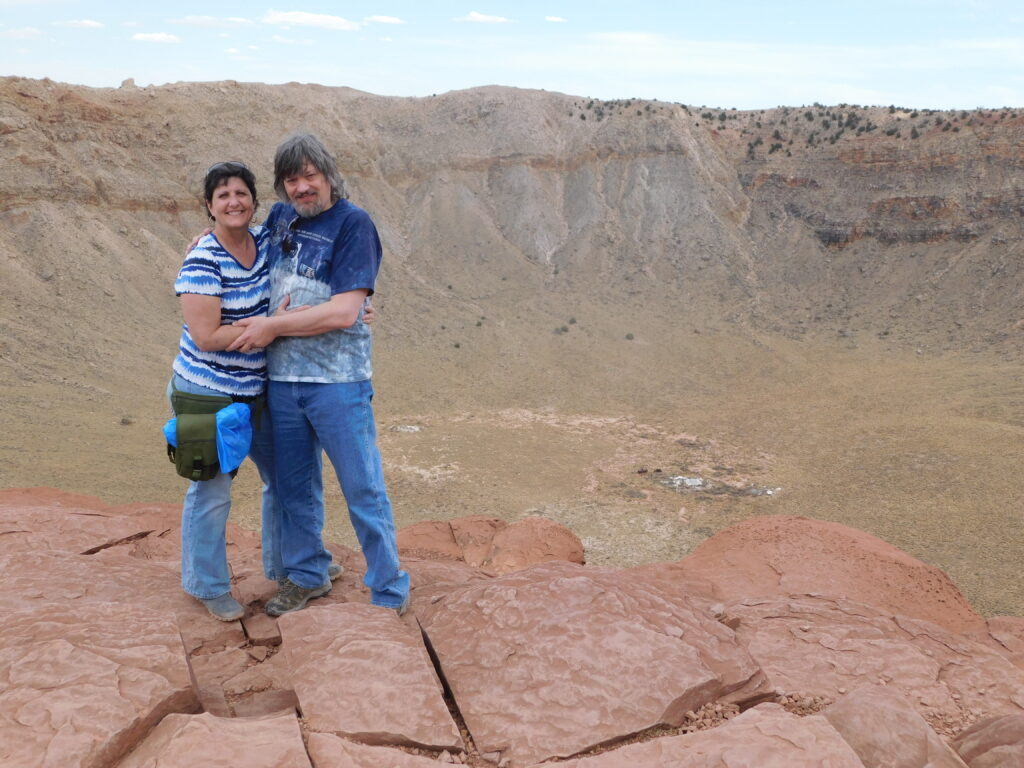 Bob and Connie Trembley at Meteor Crater. Credit: Another visitor with our camera…

The museum at the visitor’s center was excellent – it had several displays showing different features of the crater and details of its history. I was pleased to see displays describing the 1908 Tunguska and the recent 2013 Chelyabinsk impact events. 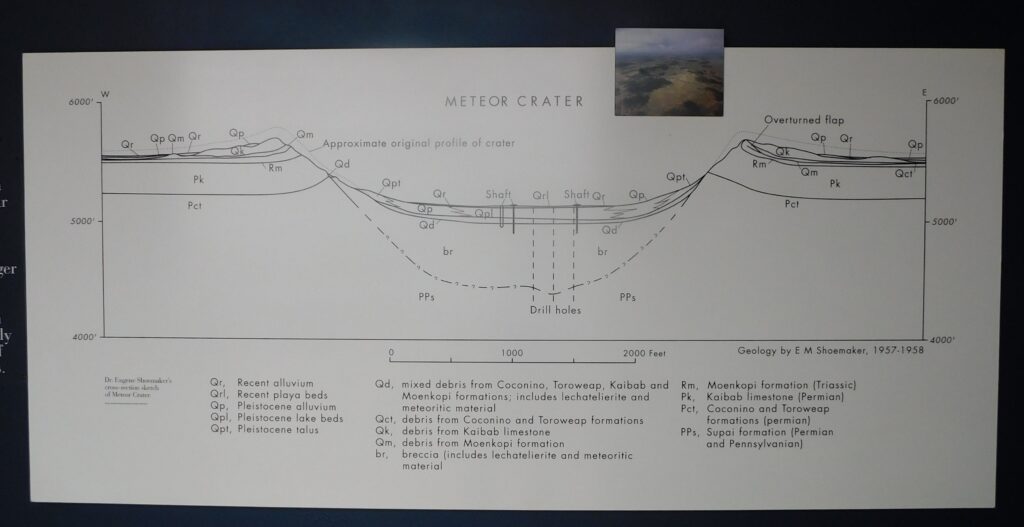 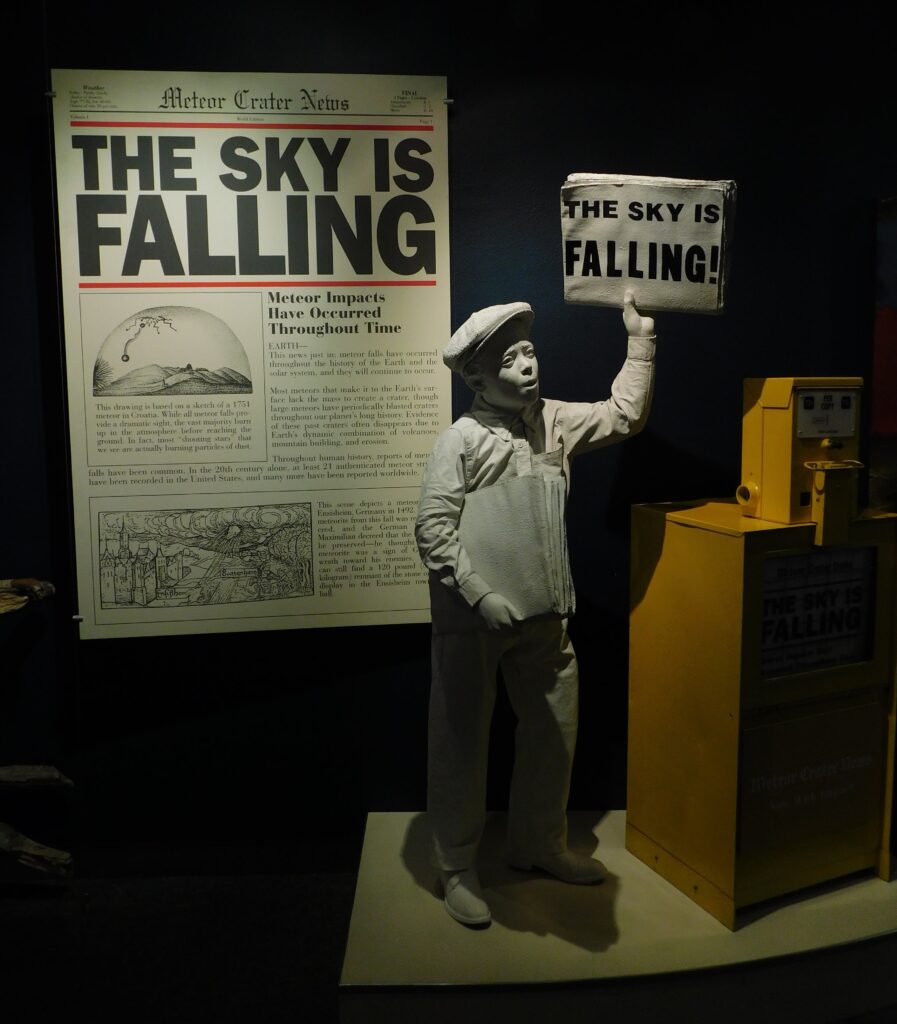 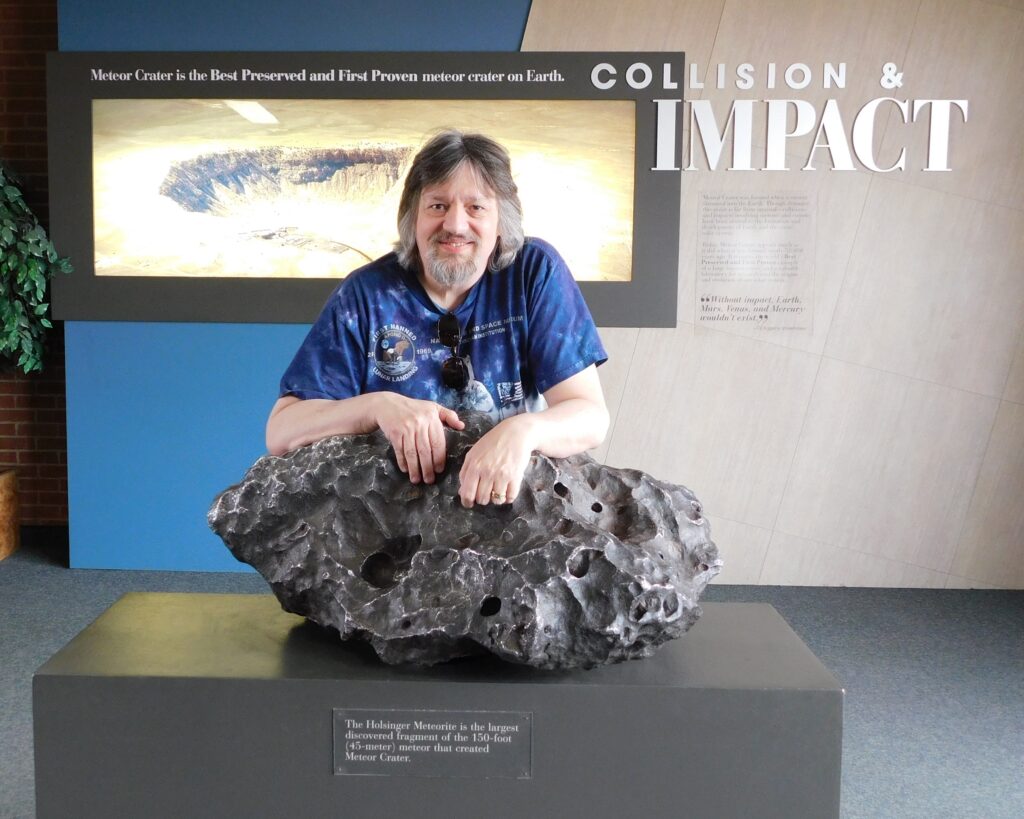 If you should ever get a chance to visit the crater, be sure to take the 1-mile guided tour along the crater rim – it was fantastic! We learned a lot about the crater’s history we were unaware of. At one stop along the rim, the tour guide took a couple rare-earth magnets and threw them into the soil along the rim, and rolled them around. When he showed them to us, they were covered in tiny flecks of iron. The guide explained that a good portion of the metal from the impactor is still there, spread all around the crater and surrounds as fine particles. 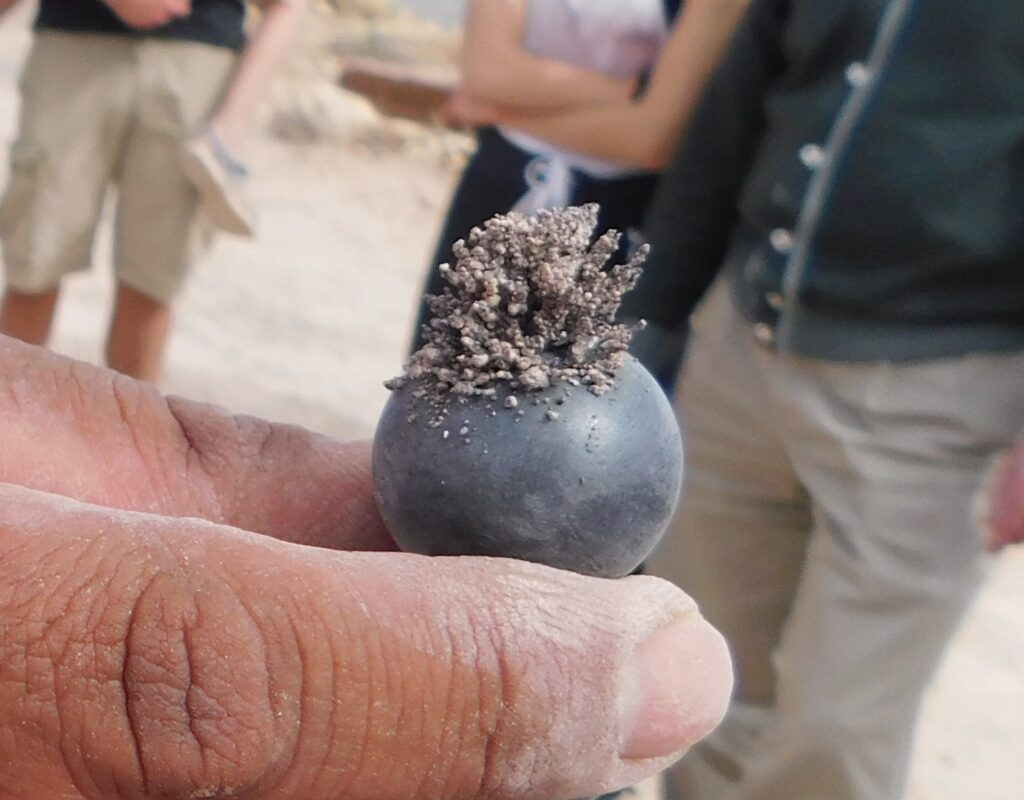 I’m a huge supporter of the B612 Foundation and the global AsteroidDay awareness campaign; while we were waiting for the guided rim tour to start, I caught a glimpse of Dr. Ed Lu of the B612 Foundation on a monitor near the museum; Dr. Lu was on the rim of the crater, discussing the destructive potential of asteroid impacts.

How did the crater form?

50,000 years ago, during the last ice age, a nickel-iron asteroid weighing 300,000 tons and traveling over 7 miles per second struck the Earth and exploded with the force of over 2 million tons of TNT – 150 times that of the Hiroshima atomic bomb. In just a few moments, the blast excavated a crater 3/4 of a mile across, and 750 feet deep. Millions of tons of sandstone and limestone were thrown into the air and covered the ground for a mile in all directions. The shockwave would have extinguished all life within 15 miles of the impact.

Most of the metal in the meteorite was melted and nearly atomized by the force of the blast, and then spread all across the landscape; ejecta from the impact was found up to 7 miles away. Over time, a lake formed in the the crater; sediment accumulation and erosion filled in the base of the crater – today it is only 550 feet deep. As the climate changed at the end of the ice age, the dry desert surrounding the crater has made it the best preserved meteorite impact crater on Earth.

Meteor Crater, AZ is classified as a simple crater – having no central uplift peak or ring structures. Compared with other impact craters throughout the solar system, it is relatively small… which is hard to wrap your brain around when you are standing on the rim looking down into the crater! 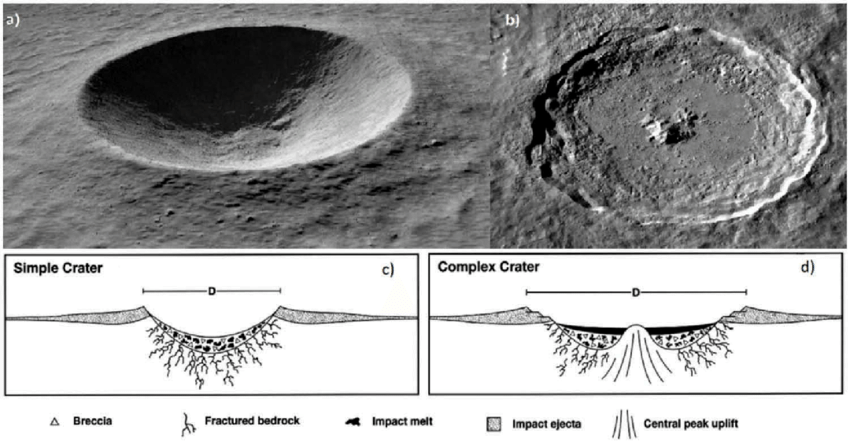 My wife took this video from an observation desk on the crater rim:

If you happen to play the augmented-reality smartphone game Ingress, there are a LOT of portals at the crater site and a mission to visit several significant landmarks.