This column first ran in The Tablet in December 2016

The day after the feast of St. Nicholas, I arrived in the Netherlands for a series of faith and science talks. My hosts put me up in a marvelously trendy hotel, featuring an exercise machine and a bathtub in the bedroom (no artificial walls between bed and bath!); two televisions (one for the bed, one for the bath); and a coffee machine so complicated I had to look up the instructions on the internet. If only it had a drawer to store my clothes, or a rack for my wet towel. 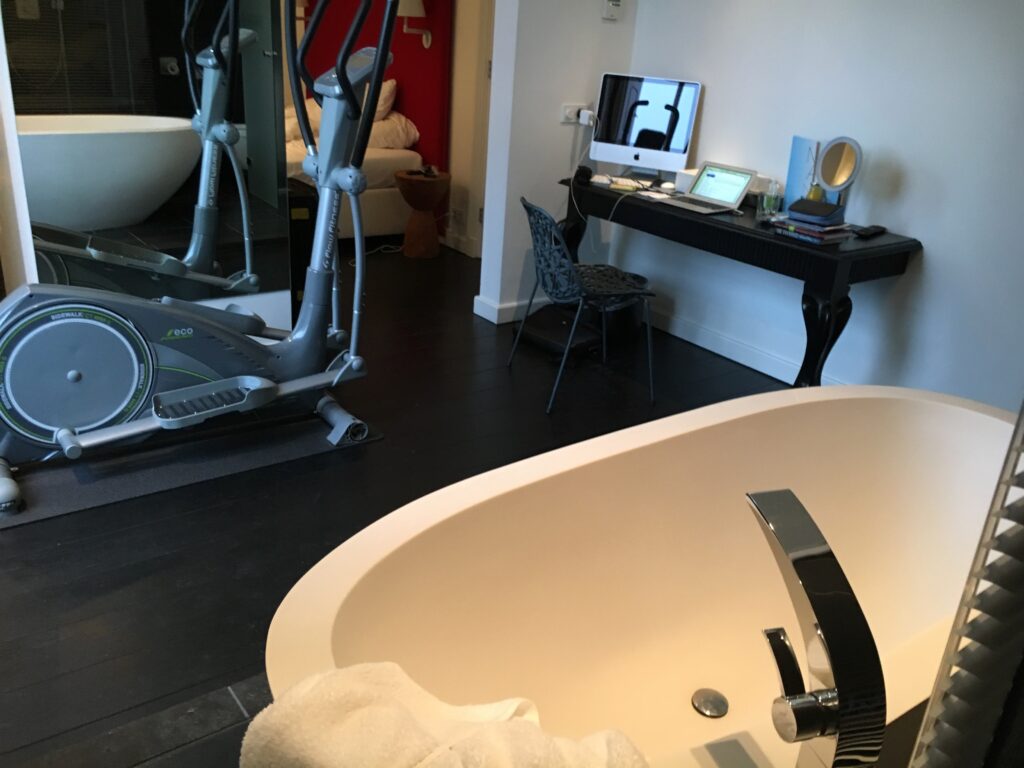 I wasn’t kidding about the hotel room. The tub was out in the open, next to the computer and the exercise machine (both reflected in a huge mirror so you could watch yourself bathing and exercising). No rack for wet towels. No place to put your clothes.

This proliferation of useless toys brought to mind [the 2016] Pontifical Academy of Sciences program on sustainability. For several days we heard from a series of Nobel laureates the latest word on rising carbon dioxide levels, and the need for immediate strong government action. The final day was centered on the hope that genetically modified foods might improve the health of poor nations while limiting greenhouse gases… a hope being suppressed by strong government action. If nothing else, it was a reminder that we scientists are better at analyzing problems of nature than problems of politics.

The highlight of the meeting was our audience with Pope Francis. While praising the “renewed partnership between the scientific and Christian communities” for protecting our environment, he too noted that “international politics has reacted weakly” to the challenge. But he also reminded us that “we are not custodians of a museum or of its major artifacts, to be dusted each day” but rather participants who share God’s work of protecting the planet and human life… “as well as the search for social justice and the overcoming of an immoral system that produces misery, inequality and exclusion.”

Immorality is the root of the problem. The genius of Laudato Si’ — that wonderful document which, like the Bible, everyone quotes but nobody seems to have read — is how it recognizes that climate change is not an issue of too much technology but too much human sinfulness.

Technology (which, I confess, I love) is not a sure route to peace of mind. Nor is abandoning technology the perfect answer. We don’t have to revert to 17th century levels of living to save the planet. There’s nothing ennobling about being poor — just ask a poor person. But wealth and power doesn’t guarantee happiness either. Even Donald Trump at the height of his success does not strike me as a man contented with his life.

Both the Bible and Laudato Si’ suggest we’re looking in the wrong places. If we’re not happy, then can’t we admit that the things we’ve been trying, haven’t worked? Like addictive drugs, no amount of wealth or power is ever enough; indeed, like the excess in our carbon emissions, getting more only makes us more unhappy. So much of our consumption is pointless. A simple chest of drawers in my hotel room would please me far more than an exercise machine attached to the internet.

We’ve put our faith in toys, and in princes. But the answer is not to be found either in embracing them or rejecting them. Recently, unhappy voters in the UK, the US, Italy, and elsewhere have brought disruption to their governments; the unhappiness is real, and change may well be called for. But no one seems to be happier after the votes than they were before.

Even the Magi came bearing expensive presents, expecting that they could find the route to their goal by consulting with King Herod. But in fact, what they were looking for was to be found not in a hall of government, but in a manger.

12  |  Across the Universe: Lights all askew in the heavens…