This column first ran in The Tablet in June 2017

June 2017 marked the 50th anniversary of the Beatle’s Sgt. Pepper album, and of the Fermi National Accelerator Laboratory. Visiting Chicago that month, on my way to buy the Sgt. Pepper re-issue I found myself driving past Fermilab. 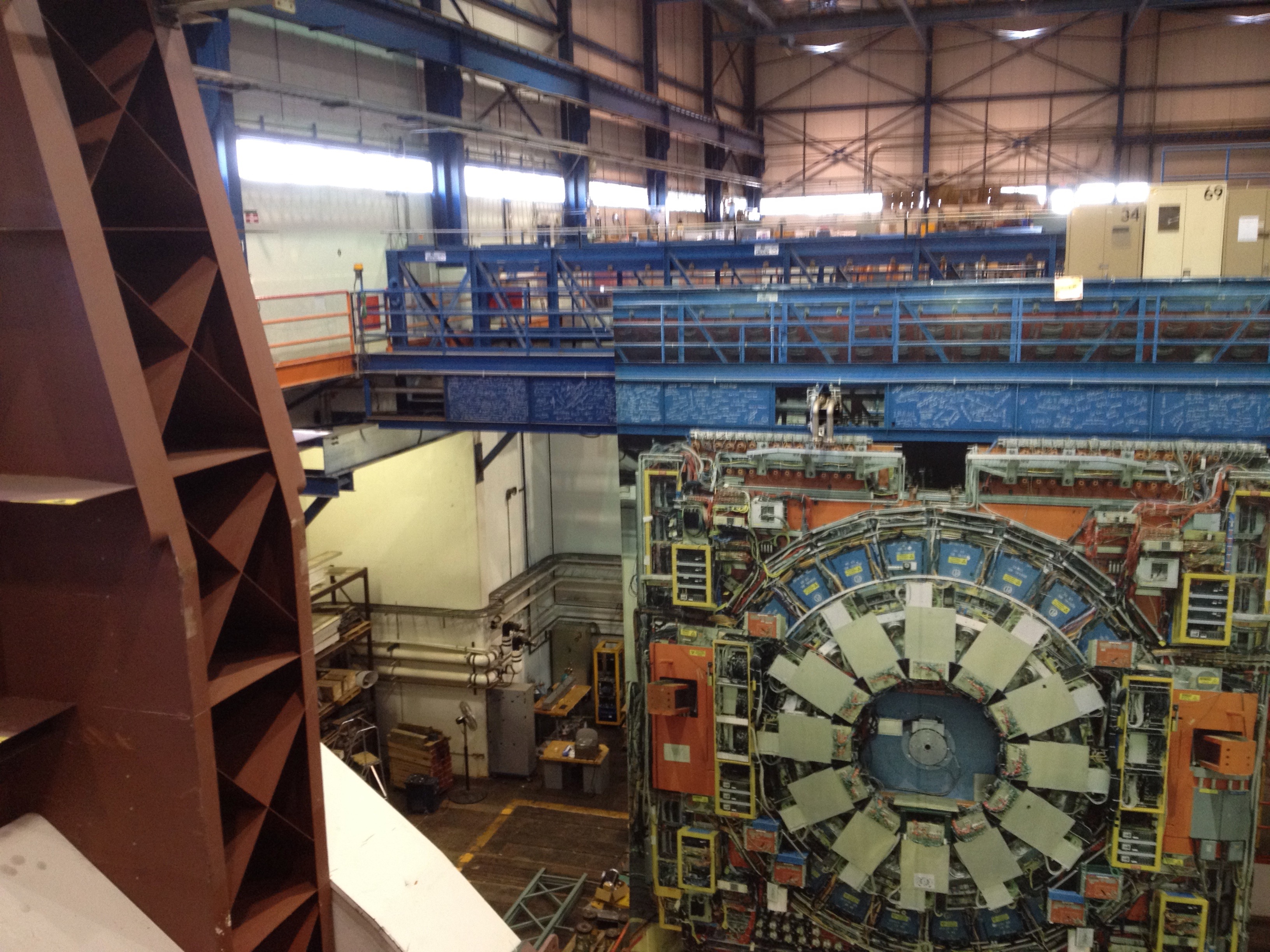 Nothing says “big science” like a particle accelerator. This was Fermilab in 2012

The main building of Fermilab, 16-story Wilson Hall, is two curved slabs shaped like hands in prayer. It’s been compared to a French gothic cathedral. Rising above the flat Illinois prairie, it’s easily visible from the highway I was on – Kirk Road.

The comparison to a church goes beyond its architecture. Fermilab is a classic example of “big science.” For 50 years it’s been home to 1750 scientists and engineers, working on projects ranging from the discovery of subatomic particles to the exploration of the nature of the neutrino. By generating the building blocks of the universe, then smashing them together, they’ve both confirmed and challenged our theories of how reality works.

I remember one of the current principle investigators there when he was a student at MIT many years ago, a squeaky-voiced freshman while I was a lordly senior. And I’ve met a number of Jesuit scientists who have worked at Fermilab over the years. But the folks at Fermilab whom I know best, the friends I was visiting this week, are engineers and technicians there. Like lay brothers supporting the work of the scientist-priests, they keep the machinery running, and keep the experiments safe. 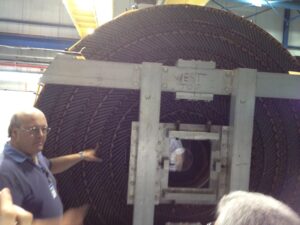 Todd Johnson with one of Fermilab’s toys… 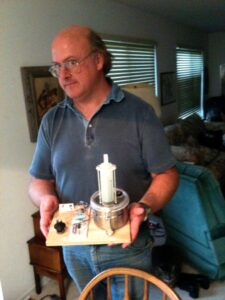 …and Todd with a gizmo he made at home, using sound waves to estimate the volume of a meteorite

Every Wednesday evening a group of them — reminiscent to me of the famous Oxford “Inklings”, C. S. Lewis and J. R. R. Tolkien and friends — gather at a local diner to swap stories…

A video camera on a wire, meant to inspect welds inside a pipe within the accelerator ring, kept getting snagged in the pipe’s bends; so one guy drilled through some bocci balls and ran the wire through them to keep it off the sharp corners. The scientists wanted a 3-D computer visualization of a new control room; another engineer borrowed the software from a graphic computer game called Doom, inserted images of the proposed room layout, and then at the end of the demo hit a few control keys to reveal that the shoot-em-up aspect of the graphics package was still intact! Meanwhile, other members of the gang show off gizmos made in their basements, just for fun: a tiny piston that spins a wheel, operating off the heat from the palm of your hand; a singing Tesla coil (search “Zeusaphone”)…

The Fermi scientists may work to uncrack the mysteries of the universe, with perhaps a bigger grant or even a Nobel Prize as further inducement. The engineers do their work simply for the joy of making really cool stuff. In both cases, the work itself is more than any one person could do alone. The scientists would be helpless without the mile-wide accelerator ring built and maintained by the engineers; the engineers would never have the chance in their own basements to build the beautiful machinery that they get to use every day. But then, could someone “find Jesus” without the infrastructure of a church that preserved and transmitted who Jesus was and what He taught? We need big religion like we need big science.

Driving home, I listened to the new extra CD of Sgt. Pepper, with early takes and studio chatter. It was fascinating to hear the songs in progress, noting the bits that John, Paul, George and Ringo each contributed. But none of the out-takes matched the glorious version of the final album with all of them playing together… enhanced and preserved by the team of recording engineers.

188  |  Across the Universe: Sins against the Earth