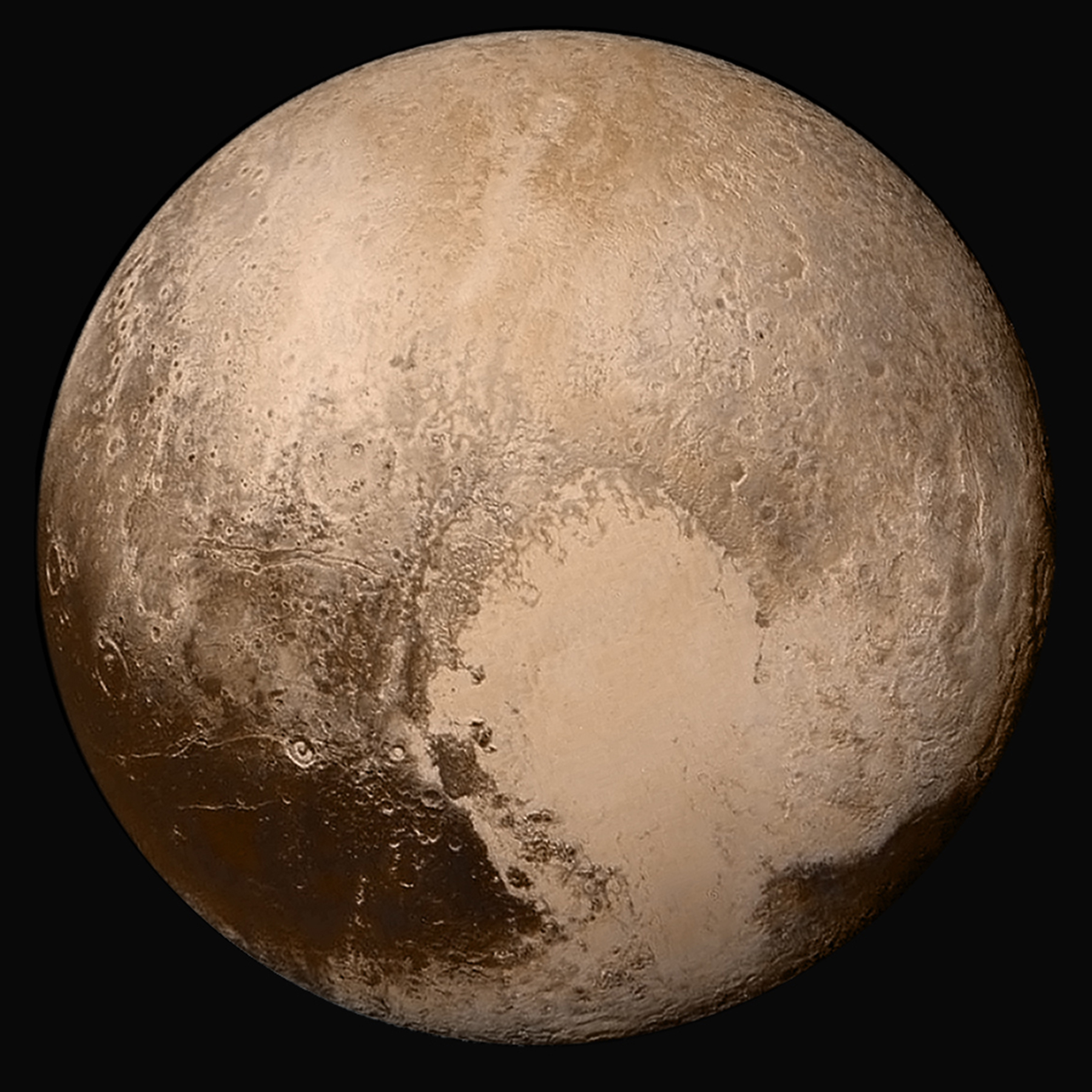 This column was first published in The Tablet in September 2005, and republished here at The Catholic Astronomer in 2015. Of course, as we all know, the discussions talked about here finally came to their climax in August 2006 with the definition of a “Dwarf Planet” as I described here.

During the Council of Nicaea, so the story goes, tempers ran so high over the question of defining Jesus’ human and divine natures that fist fights broke out in the streets. Our councils this past month were much smaller, but no less heated. In Brazil, Norway, and Britain, various subsets of an International Astronomical Union (IAU) Working Group met in August and September [2005] to finally try to define a planet.

Although our working group has been around for more than a year (I wrote about it here in April, 2004) the situation reached a crisis this summer with the announcement of the particulars for a body temporarily designated 2003 UB313. It’s ten billion miles from the Sun, in an orbit is even more eccentric than Pluto’s, and tilted 45 degrees from the rest of the planets. In fact, UB313 was actually found near its farthest point from the Sun. But faint as it is, for us to see it at its present brightness even now, it almost certainly must be larger than Pluto.

[Actually, it turns out to be 50 km smaller than Pluto…]

So, is this a tenth planet? Or, along with Sedna and Quaoar and half a dozen other thousand-kilometer-sized objects out beyond Neptune, is it really just the largest – so far – of a completely new class of object?

The answer to this question matters to lots of people for lots of different reasons. On the one hand millions of children, alive to the power of pigeon-holing their universe, are waiting to memorize the names of the planets. How many names will that be, this week? On the other hand, the IAU needs to know which of its committees on nomenclature actually will name this object. And as an astronomer who tries to observe these bodies with the Vatican’s telescope in southern Arizona, I’d like to know where to find the coordinates of their positions. The Minor Planet Center website carries such information about asteroids and comets; planets are recorded elsewhere.

The sticking point really isn’t UB313, or other similar objects yet to be found; it is Pluto itself. When discovered in 1930, astronomers had reason to believe that Pluto was bigger than Earth. Today we know it is actually much smaller than even the Moon. So, is it a planet or not? If it is a planet, then UB313 and possibly dozens of other objects also deserve that designation. If it is not, the world is going to want to know why.

There was no shortage of opinions within this working group, and even more from those who were not members. “Planet” is a culturally loaded term. And there is absolutely no consensus among astronomers about how to define that term scientifically. More than one e-mail equivalent of a fist fight threatened to break out.

But definition really is not what we are about. What we finally settled on instead was a description of how astronomers today actually sort out these objects. We call bodies with spherical shapes, evolved atmospheres, geological activity, and so forth “planetary objects”; this includes bodies like the Moon or large asteroids not traditionally called planets. We see planetary objects sorted into groups like “gas-giant” or “terrestrial” planets, “free-floating” or “extra-solar” planets, “classical” or “historical nine” planets. These groups can overlap. In this scheme Pluto is the first, and UB 313 the largest so far, of a new class: Trans-Neptunian Planets. (A statement along these lines awaits approval from the IAU Executive Committee [which never came, as we know. They devised a different definition, which also fell by the wayside…].)

And after all, that kind of description is what the members of an Ecumenical Council do. The bishops at Nicaea did not invent new things about Jesus; rather, they found a formula of words (“true God and true Man”) that described well what they had always believed. And their formula worked: the resulting Nicene Creed has served for 1700 years… longer than I expect our formula for planets to survive.

Of course, no one’s discovered any new members of the Trinity.