This article first appeared in The Tablet in April, 2004; we first ran it here at the Catholic Astronomer in 2015

Astrobiology, so the joke goes, is like theology: an academic discipline where highly educated people argue for years about a subject no one can prove exists. It’s been around a long time under a variety of different names – exobiology, bioastronomy – but only when NASA decided a few years ago that the search for life was a winning strategy to get funding did the field start to get more than begrudging respect. And so, the last week of March [2004], I joined more than 700 scientists gathering at the NASA Ames Research Center for the fourth Astrobiology Science Conference. 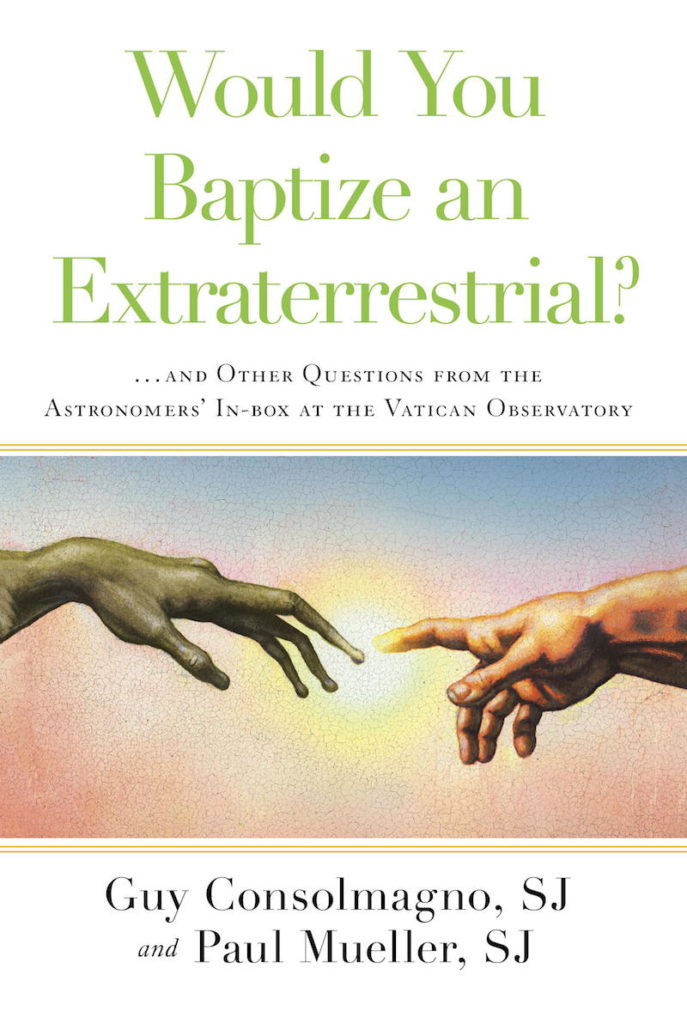 The setting was both inspiring and cautionary. NASA Ames is located at the old Moffett Field Naval Air Station in California’s Silicon Valley: our meeting was in a large tent in the shadow of the enormous hangers built in the 1930s to house dirigibles. One could not help but wonder just how similarly ephemeral the material at the meeting would look in seventy years’ time.

I helped organize a session on the ethics of exploration with Connie Bertka, the director of the program for the Dialogue on Science, Ethics, and Religion at the American Association for the Advancement of Science (AAAS). The panelists included the historian of science Steven Dick; ecologist Margaret Race; NASA’s moon-rock curator, Carl Allen; philosopher Kelly Smith; theologian Richard Randolph; and astronomer Dave Grinspoon.

The sheer cost of doing the science to look for life is one issue with an ethical dimension raised by the panel. It’s not a choice of either/or, feed the poor or search for life on Mars; there’s good reasons to do both. But how do you choose how much to spend – time, money, human effort – on each? It’s not only a decision that governments must make; it is also one that each individual makes, constantly. Do I become an economist or an astronomer? Do I work on a scientific paper this morning, or write another column for the Tablet? Do you spend the time to read this column, or turn the page?

Exploration can be dangerous. The ships of the Renaissance not only brought spices from the east; they also brought the plague. In returning samples from Mars, do we expose Earth to alien life? But meteorites from Mars, and elsewhere, rain down on us all the time. To what degree must we sterilize samples returned from Mars? What if doing so destroys some of the very scientific data we went to the trouble of fetching the rock for? When is it ethical to kill Martian life?

Visiting other worlds creates another set of ethical problems. As one speaker noted, the human animal, full of e-coli and whatnot, is notoriously “leaky;” humans on Mars inevitably will release bacteria into its biosphere. And at what point – if ever – do human beings have the right to “terraform” another planet, to deliberately alter its environment? We’ve been doing that to planet Earth for years, with decidedly mixed results.

Along with the physical dangers, a more subtle danger comes with exploration: dangerous ideas. Few plagues can do as much damage as a half-baked philosophy in the wrong hands. Discovering life elsewhere will inevitably alter everyone’s world-views, to a greater or lesser extent. Short of closing our eyes, how do we prepare ourselves, and our culture, for the shift? Science fiction may be more important than we realize in defining the debate.

Indeed, the impact on Christianity of finding alien intelligent life was a question I got more than once at the meeting. How does our understanding of the salvation of Jesus Christ, God and man, change when we find a race of aliens, neither God nor human?

I am confident there are no extra Persons hiding in the Trinity, a new one for each alien race. The Word, as John’s Gospel tells us, was there In The Beginning, the one spot in space-time common to all time lines. And this same Word was with God, and was God, the God of whom Psalm 85 says, “the heavens are Yours, the earth also is Yours; the universe and all that is in it – You have founded them.”

Would that Word be spoken in different ways, to different alien cultures? The idea of multiple incarnations strikes some people as ludicrous, other people as inevitable. But after all, The Word becomes incarnate a million times a day, at every Mass.

For those demanding a Biblical answer to whether Jesus will speak to alien races, I quote John 10:16, in the famous Good Shepherd passage: “I have other sheep that do not belong to this fold. I must bring them also, and they will listen to My voice. So there will be one flock, one shepherd.”

I admit, my reading of that passage is tongue-in-cheek. (Traditionally, the “other sheep” are the Gentiles, not ETs.) And yet, by asking these questions, we are already forcing ourselves to confront the very nature of the salvation of Christ; who He is, and what it means to us. And to admit that, here too, we don’t know it all. It’s one more example of how a scientist works every day, proceeding on nothing more than the hunch that there’s something there to study; something to believe in.

178  |  Across the Universe: Black Hole Shadows

181  |  Across the Universe: Information and truth