A slightly different version of this column first appeared in The Tablet in January, 2009

Last year [2008] was a leap year: 366 days. [So is 2016, by the way.] According to my calendar, I spent 166 of them at home. That’s counting two homes, in fact: my room in Castel Gandolfo at the Vatican Observatory headquarters, and another in Tucson where we have our telescope.

Two hundred days last year I spent on the road; and that was not unusual. For more than ten years [nearly 20 now!] I have been living at least 50% of my life out of a suitcase. Monks may take a vow of “stability” to stay in their monastery, but a Jesuit’s vocation, according to our founder St. Ignatius, is to travel.

So, I’m often asked, when do I ever get my work done? Of course, part of my work is why I travel. The Vatican Observatory was founded so that the world could see the Church supporting science. Being seen is the main reason I am away from home so much. But I’m supposed to be seen doing science; when do I do that?

In a larger sense, of course, when you are an astronomer you are never far from home. I haven’t really had a place that felt like “home” since I went off to university and my parents packed up and retired to Florida. But from Africa to Antarctica, my quickest cure for homesickness has been to look at the familiar sky. It’s all the same familiar universe, and this is the same planet Earth. 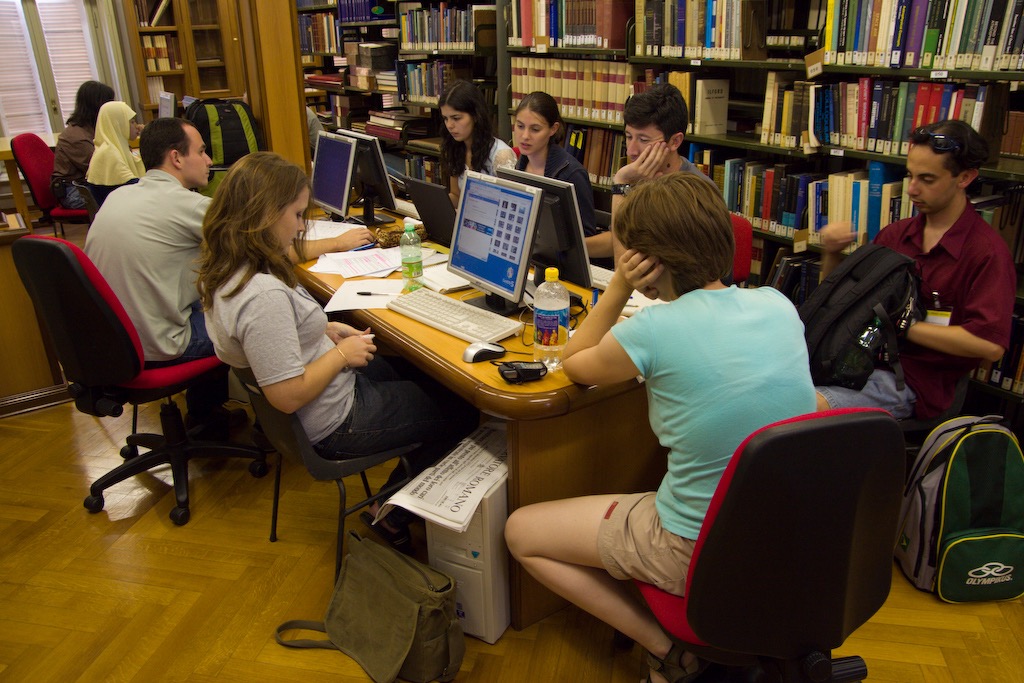 The photograph is from our 2007 summer school, courtesy of Tijl Kindt, one of the VOSS students. Students come from many different cultures, religions, and countries, all living under the same skies.

Indeed, astronomy is a common meeting place for all people. Soho and Soweto share the same universe. The stars are ours, regardless of how, where, or when we live. The students of Winchester College, where I spoke [in 2009], have the same curiosity as the students I taught in Kenya thirty five years ago.

You could see that commonality during the International Year of Astronomy (IYA), which was celebrated in 2009 to honor the 400th anniversary of Galileo’s first telescope. Attending the opening ceremonies at the UNESCO headquarters in Paris, our Roman collars sat alongside the scarfs of young Muslim women astronomers. “What are you doing here?” one student challenged me. “Because astronomy is for everyone,” was my answer.

A Dawkins can insist that somehow only atheists do science (with a typical ignorance of history – why do they call data sorting, “clerical” work?) But Catholics and Muslims want to look at the stars, too. Just try to stop us!

All of which, of course, is avoiding the original question. When do I actually get my work done?

Heading to that opening ceremony… I got up early in the morning at the headmaster’s house after my Winchester talk, to plot data points on my laptop. I exchanged ideas via e-mail using the wi-fi while waiting for the Eurostar at St. Pancras, and I read over a colleague’s papers while going through the chunnel. I spent a rainy Sunday in Paris re-writing a report.

And the ideas come, of their own volition, at any time… listening to music; reading science fiction; during Mass. They never stop. Am I praying while I work, or working while I pray?