This column first appeared in The Tablet in May, 2007; we republished it here in May, 2015

In 2006-2007, I took a year-long chair at Fordham University, where I was required to present a public lecture each semester. In the fall term, I simply gave a reading from my latest book-in-progress. But the spring was trickier. Mostly I wanted an excuse to show pretty pictures; why else did they hire an astronomer to speak? Looking for an academic hook to hang my talk on, I decided to use these images to explore the nature of beauty.

What makes pictures of stars and planets beautiful? Is a human connection – the astronaut in the frame, the dot in the background that’s actually planet Earth – necessary for us to awed by nature? Does knowing the science behind the image add to its beauty? 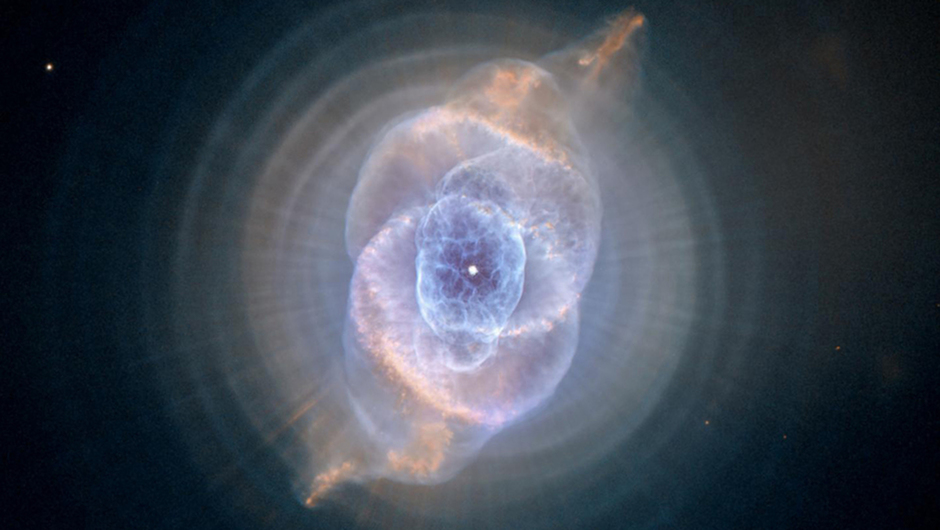 These questions had been inspired by my ongoing conversations with a Fordham philosophy professor, Sister Joan Roccasalvo CSJ. Her take centers on the inherent philosophical nature of beauty. She insists it is more than just in the eye of the beholder. Is beauty objective or subjective? I suspect the truth is beyond the either/or dichotomy of the question.

That inevitably seems to be the case when faced with intractable philosophical conflicts. I see it in the way some non-biologist theologians (and non-theological biologists) try to take the randomness in evolution as a repudiation of God’s design and meaning. They don’t realize that it isn’t merely a case of one or the other.

After all, a roulette wheel gives wonderfully random results precisely because it was designed to do so, and its results have great meaning for those who’ve placed their bets. The joy of playing cards is how it incapsulates in a game the familiar experience of life: winning or losing depends on how well we determine the play, according to strictly designed rules, of cards we are randomly dealt.

On the web you can find clever computer programs that combine stock academic phrases, chosen at random, to form a coherent set of sentences and paragraphs following the rules of English grammar. The result may be meaningless per se, but these programs have a deeper purpose. They’re an exercise in understanding the nature of language; and a satiric reminder that an awful lot of academic production is indistinguishable from such meaningless cant. But similar programs that write “poetry” sometimes, by chance, create juxtapositions of words that we can recognize as beautiful — just as we find beauty in Jackson Pollack’s random spatters of paint.

More often, of course, they read as badly as my student’s term papers. A fellow professor commiserated that his students’ essays seemed to be nothing more than an arrangement of clichés randomly strung together. Of course, he remarked, it also made him see how much of his own conversation was just as shop-worn.

Then I found one student who had left nothing to chance by lifting her clichés, a paragraph at a time, off the Internet. It was easy to spot. The clash of styles (none of them sounding like a college sophomore) rang discordantly, unbeautifully, on my ear. And so, in my final days at Fordham, I have had to launch a proceeding on academic integrity. More paperwork for me; more problems for the student, whose plagiarism will cost her not only a passing grade but the loss of her financial aid.

It is our human lot to deal with the unpredictable, and construct meaning with the elements found randomly at hand. Sometimes we’re dealt an unwinnable hand. Sometimes we try to rig the game, and when we are caught we have to pay the price.

Both failure and sin are the cost of human freedom, God knows. That’s why, on the first Pentecost Sunday, He sent us not an answer book, but a good Lawyer.

31  |  Across the Universe: Seeing the Light