Saturday, seventeen hours from California, my friend Dan and I land in Australia. We’re looking forward to a week of observing southern stars, researching our latest book, a guide for amateur astronomers. 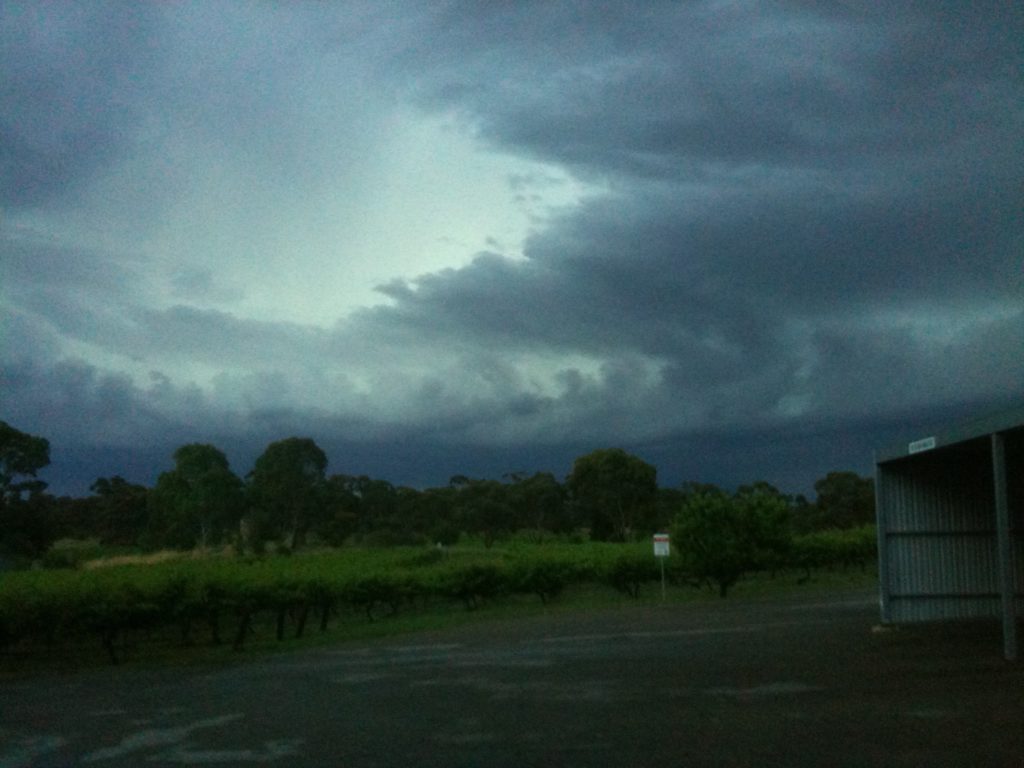 Not an astronomer’s dream… clouds of Australia

Brother Ian meets us at the airport and leads us to the Jesuit winery and retreat house at Sevenhill, two hours north of Adelaide. Even jet-lag and a partly cloudy sky can’t stop us from pulling out our telescopes that night and peeking at Rigel Kentaurus, our Sun’s nearest neighbor, and Acrux, the brightest star of the Southern Cross. Both are double stars, first split by Jesuit missionaries in the 17th century.  After half an hour, the sky clouds over completely. But not to worry, we have the whole week before us.

(A heat wave across North America threatens the lives of the poor and elderly.)

Sunday, Ian shows us around the vineyards and the tells us the history of the 19th century Jesuit mission. We see photos of the Austrian Jesuits who came with dreams of a seminary and university that never materialized (soon after they arrived, most of the locals left for the gold fields further east); photos of the stern bishop under whom they worked; and the place where [then] soon-to-be-canonized Mother Mary MacKillop stayed when she came through, about the time that said bishop excommunicated her. Cloudy. We watch a DVD of Little Miss Sunshine.

Monday we go shopping for chocolate and Coca Cola in the little village of Clare. Sunset reveals a brilliant clear sky, and out come the telescopes. I get to see the glorious nebula around Eta Carina slowly fade from sight as the clouds roll back in. However, the forecast promises clearing on Wednesday.

Tuesday, Ian gives us a tour of the surrounding countryside. Amid odd trees and strange birds we look across the Clare valley and south over the rich agricultural region towards Adelaide. A signpost at one of the lookouts has an arrow indicating “New York, 19,000 km”. Dan, a New Yorker, sighs. “You could go in the opposite direction for 21,000 km,” I helpfully point out. Cloudy night. The forecast now: clear skies will arrive on Thursday, then storms on Saturday.

Wednesday is pouring rain. I start reading a thick and dreadful fantasy novel I bought in Clare. Dan and I take turns getting up during the night, hoping for a clearing that never comes.

Thursday. Cloudy. See four kangaroos. We stay up hoping for a break in the clouds, and watch the directors’ commentary track of Little Miss Sunshine. We give up at 4:30 am. Three days left. How could God be so cruel as to let me come all this way, just to be frustrated? Why does He hate me?

Friday morning, the blue skies so long forecast are finally here. Local farmers tell us the clouds lifted at 5 am. It stays sunny, until evening. The internet cloud-cover map says that Sevenhill is perfectly clear; our eyes say, perfectly awful. Around 10 pm, we spot stars through a hole in the muck. It lasts just long enough for me to find and split a faint double star in Centaurus before the inevitable clouds return.

Saturday, the weatherman is finally vindicated: as predicted, it storms. That evening the 150 year old church, hand crafted by Jesuit brothers and still not finished, is filled with the local farmers and their families. In the pew behind us is a family of twelve, including four pairs of twins. Among the parish announcements at the end of Mass, Father Pippin comments: “We’ve been blessed this past week with the rain we so desperately need. You can thank the two American astronomers among us…” 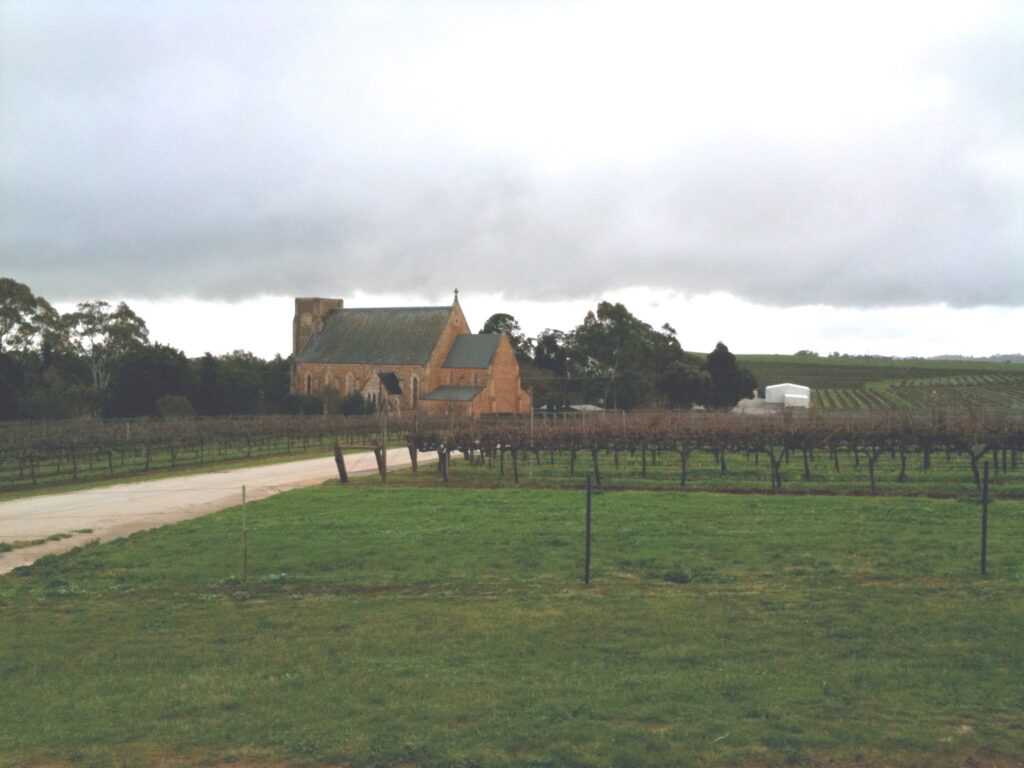 The cloud-covered church of Sevenhill

[We eventually got back to Australia in December and had one good night of observing, enough to complete the Southern sections for our book, Turn Left at Orion. In fact, the fifth edition of this book was released earlier this year.

And at the end of August 2016, I returned to Sevenhill for my annual retreat. There’s a telescope at the retreat house we left behind after our last visit…]

94  |  Across the Universe: Jabberwocky and the Curious Cat