This column first ran in The Tablet in November 2008; we first published it here in 2016 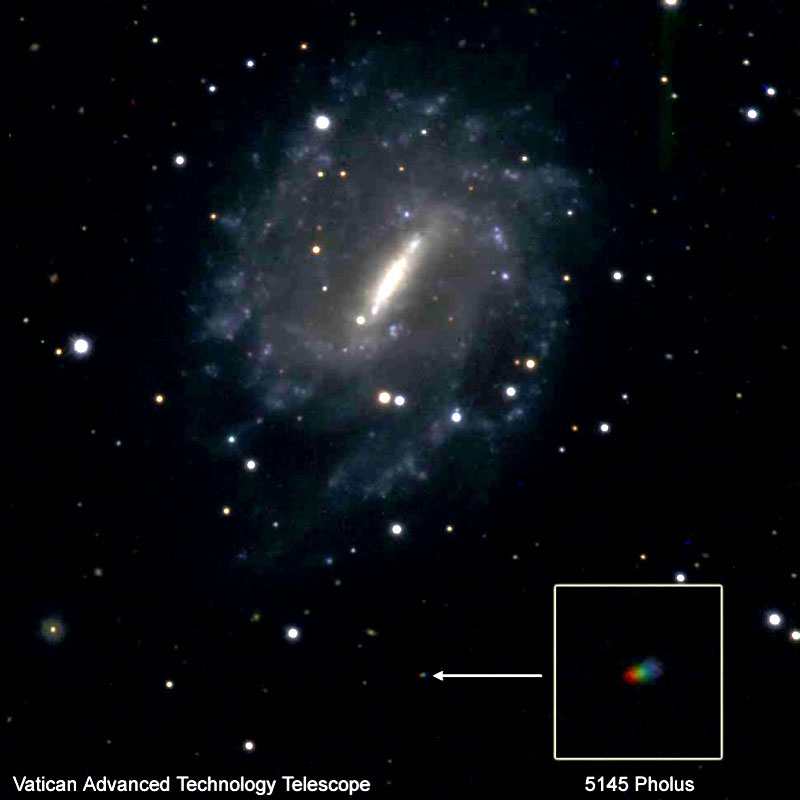 We were once trying to take images of the centaur Pholus (see the box) and this dreadful galaxy almost got in the way. Image is made of several images taken in different colors, hence the odd colors of the moving object, Pholus

Most people think that we astronomers spend all our nights looking through telescopes at beautiful sights in the sky. The truth, of course, is far more mundane. Most of our days are spent in offices staring at computer screens. And even the time spent at the telescope (for me maybe twice a year, five nights at a stretch) are spent in a control room staring at a computer screen… all night, 3000 meters up a mountain.

Our targets last month [October 2008] at the Vatican Advanced Technology Telescope in eastern Arizona were Centaurs, comet-like bodies whose eccentric orbits carry them from well beyond Neptune to the regions of Saturn or Jupiter. My Arizona and Oklahoma colleagues and I would wake up noon, have breakfast, do a few chores, answer e-mails; then at about 4:30 pm we’d open up the telescope dome and begin the routine of turning on all the systems that make the telescope work: the pumps that maintain the hydraulic fluids on which it turns, the fans that cool the telescope dome, the coolant that keeps the mirror at the same temperature as the outside air.

As the sun set, we’d take test images of the blank sky to show up the dust on the camera chip. (Later, when we’re back down from the mountain, we’ll use these images to correct for the dust shadows on our science pictures.) Then, as the sky would get darker, we’d tune up the alignment and focus of the optics. Finally, about an hour after sunset, we’d steer the telescope to our object and begin to take our data. We’d work until dawn’s twilight, then pack up the telescope and hope to be asleep by 6 am.

Our data were simply images of the same Centaur, taken like a litany again and again, once every three minutes for hours on end. From these we hope to extract the brightness of the body and see how it changes (ever so slightly) over the course of the night. Presumably this change in brightness is connected with how the body’s irregular shape presents itself to us as it spins. Enough of these light curves, taken from enough angles during its orbit, and we can eventually get an idea of the three-dimensional shape of the object. The shape, in turn, tells us about its internal strength and composition, which eventually can give clues to the way it was put together.

Because it can take decades for a Centaur to go through a wide enough part of its orbit to show its shape completely, it may be another twenty years before other observers, taking complementary data, will be able to compare their numbers with ours and complete the shape model. This year’s run may finally be used by astronomers who are, today, just learning to count their toes.

The rhythm of observing is monastic in its regularity, and there is a certain peace that comes from this work high on a mountain top. But occasionally we’d take a short break from our Centaurs, and turn the telescope to some more spectacular objects: the Horsehead Nebula; the Helix; the galaxy NGC 2903. We’d take tourist pictures – three quick snaps, one in each colored filter. Then it was back to work. 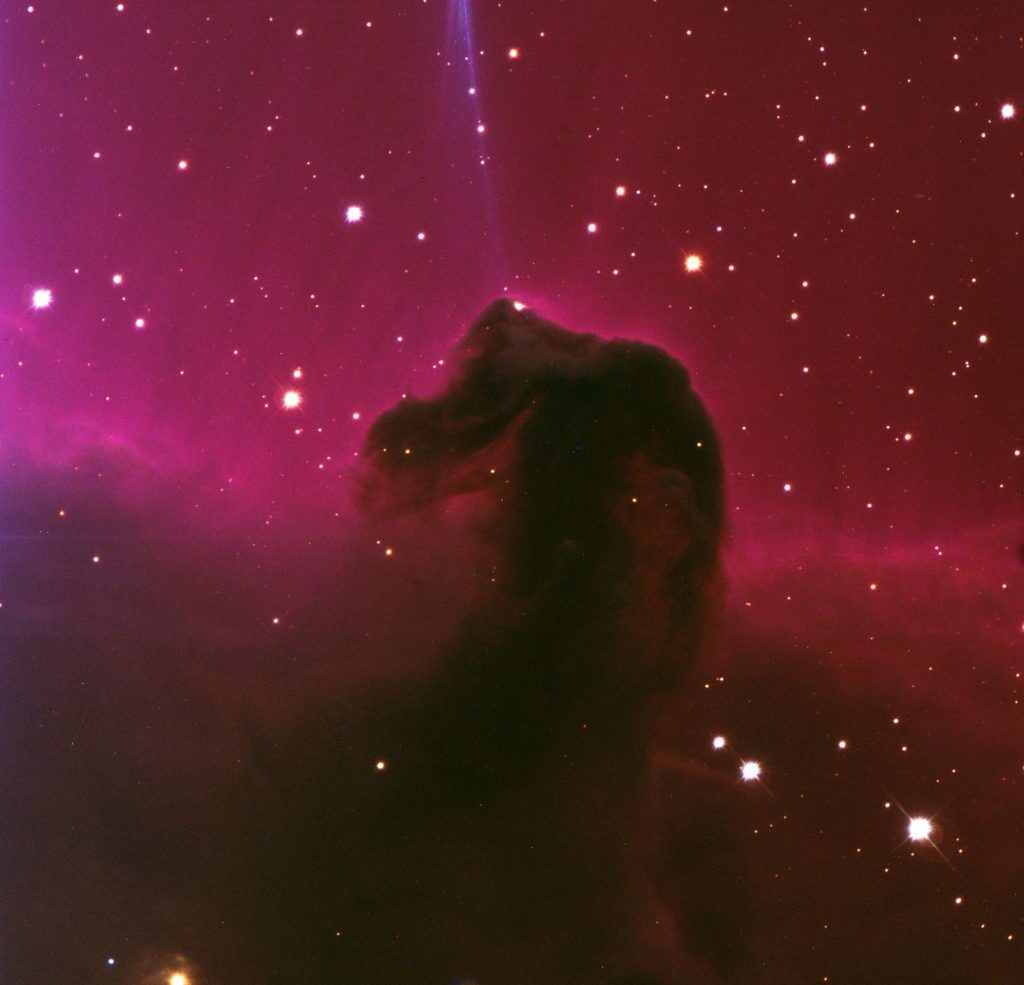 Just another gratuitous pretty astropicture, in this case, the Horsehead Nebula as imaged at the Vatican Advanced Technology Telescope.

Seeing these pretty swirls of light, rather than just the same collection of dots, helped boost our spirits: a little instant gratification to remind us why we’d gotten interested in astronomy in the first place. And the pictures, now processed in color, will grace future books and publicity materials to help show off the Vatican Observatory and its telescopes.

Astronomers do not live by bread alone. A little candy for the eye helps sweeten the soul.