This column first ran in The Tablet in April, 2011.

Four hundred years ago, on the evening of April 14, 1611, Galileo Galilei – late of Padua, newly hired as the court philosopher to the Medicis of Florence – came to Rome to demonstrate to a small gathering of scholars a device of his construction for observing the heavens. One of those present, an expert in Greek, invented a new word for this far-seeing instrument: “the telescope.” 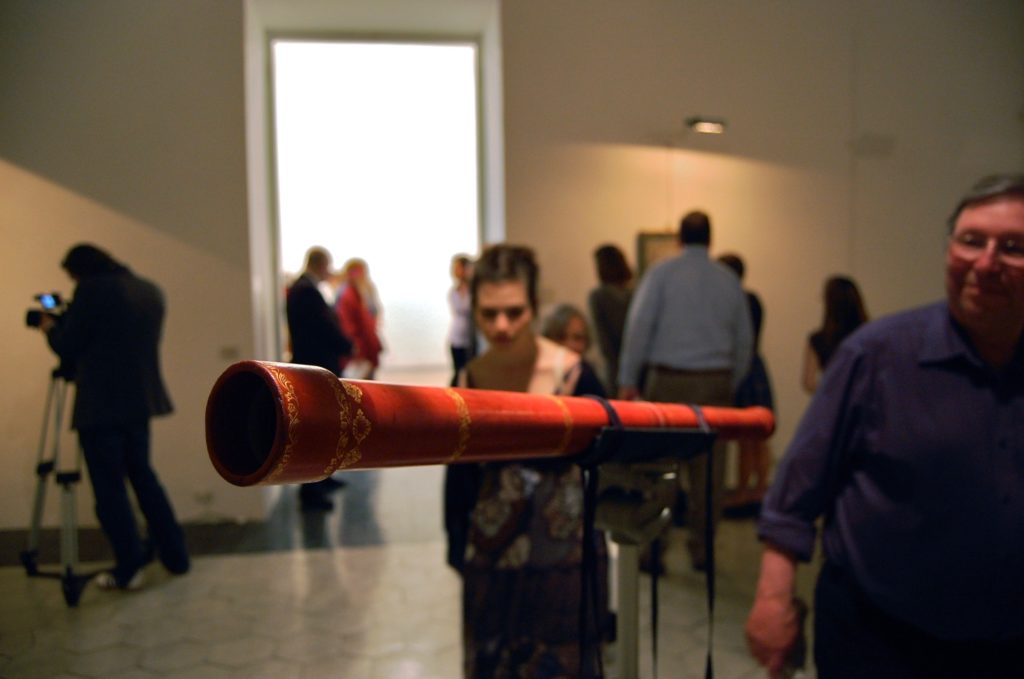 A replica of Galileo’s telescope, on display at the American Academy in April 2011

Among those present were Prince Federico Cesi, founder of the Accademia dei Lincei – the Academy of the sharp-eyed Lynxes, one of the first scientific institutions in the world. Eleven days later, on April 25, they would elect Galileo to their ranks, only the sixth member of this august body. For the rest of his life, Galileo included “Lincei” in his signature, as a badge of honor… and a substitute for the university degree he never received.

Another scholar present was Fr. Christopher Clavius, a Jesuit of the Roman College, the leading mathematician of his day who had helped in the reform of the Calendar under Pope Gregory XIII in 1582. Earlier that winter, with a telescope at the Roman College he’d confirmed what Galileo had reported in his 1610 book, Siderius Nuncis. Now, in the last year of his life, he would be able to use Galileo’s own superior instrument for himself.

That night, Jupiter would have been prominent to the west, in the constellation Gemini. All four of its moons would have been visible. The one we now call Callisto was leading Jupiter to the west, while Io and Europa were quite close together on the other side of Jupiter, possibly blurred into one object in Galileo’s telescope. Ganymede sat well to their east.

The telescope marked an important turning point in the history of science and philosophy. For the first time, one needed a rare and expensive instrument in order to observe an important phenomenon of nature.

The philosophers of that day could not know for certain if what they had read of Galileo’s observations could be trusted; they could not see those things for themselves without a telescope as good as Galileo’s. Before they saw what he had seen through his instrument, they had had to take his word on faith. This was, in fact, an issue with the first observations that the Jesuits attempted at the Roman College following the publication of Galileo’s book.

And how could they be certain that those little dots near Jupiter were not just an artifact of the lenses? In the centuries since Galileo, there have been many episodes when scientists have been fooled by such artifacts.

But what Galileo saw then was real. It started a new way of looking at the universe.

Four hundred years later, the Janiculum hilltop where these observations took place is now the site of the American Academy in Rome. This past month, it hosted a series of events celebrating Galileo’s telescope. They invited me – an American, a Jesuit, and a Vatican Astronomer – to one of their regular “Conversations that Matter” with the director of the Academy, Christopher Celenza. For a week, they displayed historical scientific instruments on loan from the Vatican Observatory and, borrowed from the Museo Galileo in Florence, a replica of Galileo’s telescope that had previously been carried into orbit on the International Space Station. The celebrations ended with a cabaret of art, talks, and light shows in their garden under the (alas, cloudy) April skies. 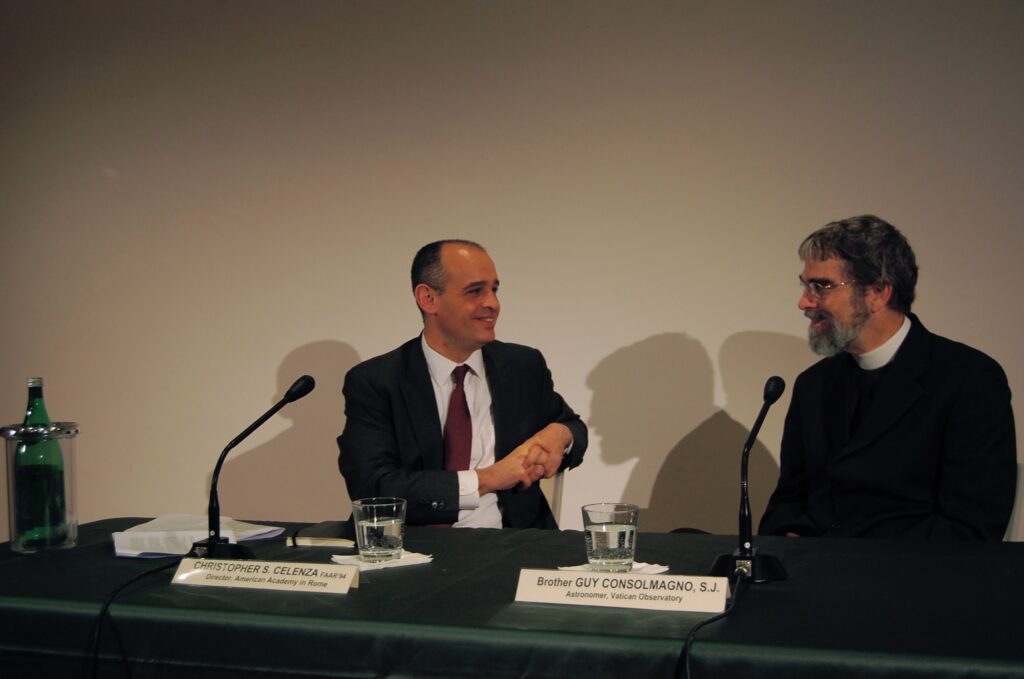 Christopher Celenza of the American Academy in a conversation with Br Guy, April 2011

Of course, the sky over Rome today is far different from Galileo’s time. Even without the clouds, light pollution has made it impossible to see anything fainter than the brightest stars and planets. Our own technology, spurred on by Galileo’s science, has blinded us to the very heavens that Galileo’s telescope opened up.