This column first ran in The Tablet in March 2016 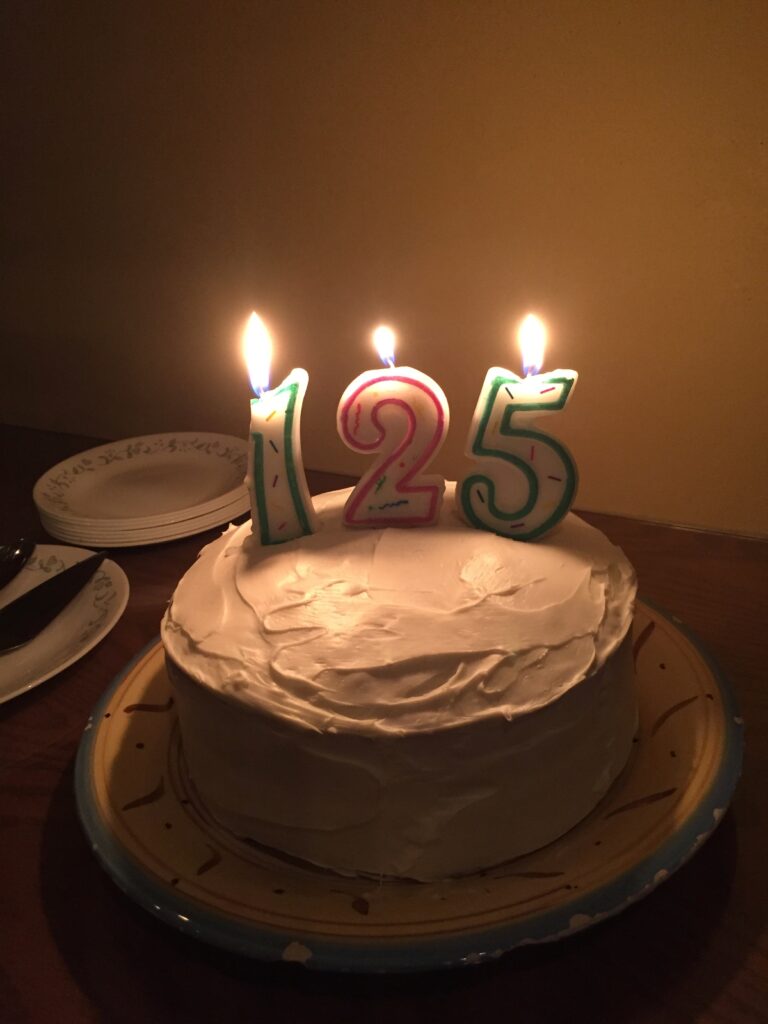 We celebrated last year’s anniversary with a cake!

It has been a month of anniversaries.

Exactly four hundred years ago (2016) Galileo first got into hot water with the Church over the Copernican system. Starting with a hearing of the Holy Office on 23 February, the affair stretched across all of spring 1616 including Galileo’s meeting with Cardinal Bellarmine on 26 February, and the formal censure of Copernicus’ work issued on 5 March. Curiously, Galileo’s works were not mentioned at that time.

(It wasn’t Galileo’s first run-in with the Church. In 1604 he had been turned in to the Inquisition by his mother, who didn’t like the bad names he’d called her or the fact that he’d skip Mass to spend time with his courtesan girlfriend, later mother to his three children.)

By the end of the 19th century, of course, the Church view on astronomy had changed. Pope Leo XIII in his encyclical Aeterni Patris (1879) essentially endorsed Galileo’s view on science and religion. And on 14 March 1891, 125 years ago  (2016), Pope Leo promulgated a “Motu Proprio” that established the modern Vatican Observatory. Two months later, his encyclical Rerum Novarum would mark a new beginning of the Church’s engagement with the modern world.

Finally, just thirty years ago  (2016) this month, on 15 March 1986, the Vatican Secretariat of State informed the Vatican Observatory that Pope John Paul II had given his blessing to build the Vatican Advanced Technology Telescope. Since then, that telescope on a remote Arizona mountaintop has been our mainstay for astronomical observations.

Birthdays and anniversaries are a time to reflect on where we’ve been and how we’ve changed over the years. At the time of Galileo, astronomy meant cosmology, the philosophical basis of how we understood our place in the universe. Thus questions of astronomy took on a philosophical and theological significance.

But our cosmological ideas moved from Copernicus’ fixed sun, through Kepler’s elliptical orbits, to Kant’s idea of galaxies as island universes and Herschel’s measurement of our place in the Milky Way. Our modern speculations about multiple universes carry as much a tinge of science fiction as of natural philosophy. One lesson I hope we’ve learned is that no modern cosmology is a good basis for theological doctrine, simply because no matter how well founded our astronomy is we can expect it will eventually go out of date.

What is striking to me is the development of the Church’s attitude towards astronomy. After the Galileo affair showed the danger of too-close ties between science and theology, Pope Leo XII’s reasons to establish an observatory were primarily as a way of shoring up the reputation of the Church. He was responding to the late Victorian view that science and religion were somehow inevitably at war, a quaint idea held today only by journalists and the occasional elderly Oxford biologist.

Over the last hundred years, however, the emphasis of the Church’s role in astronomy has changed from mere public relations to a recognition that astronomy is a Good Thing in its own right, as a way of coming closer to the Creator. One of the earliest examples of this attitude can be found in an address of Pope Pius XII to the Pontifical Academy of Sciences in 1939, where he mused, “Man ascents to God by climbing the ladder of the Universe.”

Closing the loop, in 2008 Pope Benedict XVI approved how “Galileo saw nature as a book whose author is God, in the same way that Scripture has God as its author.” Of course, this echoes St. Paul’s Letter to the Romans: “Since the beginning of time, God has revealed Himself in the things He has created.”