This column first ran in The Tablet in July, 2012

We met this month [July 2012] in a small pensione in Loreto, next the cathedral built around the famous “flying house” (reputed to be the home of the Blessed Virgin, transported from Palestine to Italy – some say by angels – in the 13th century) to plan the next steps for our Vatican Observatory. What’s the future for our telescope in Arizona, and the fundraising that supports it? What about converting our old telescope domes in Castel Gandolfo into a visitor center? 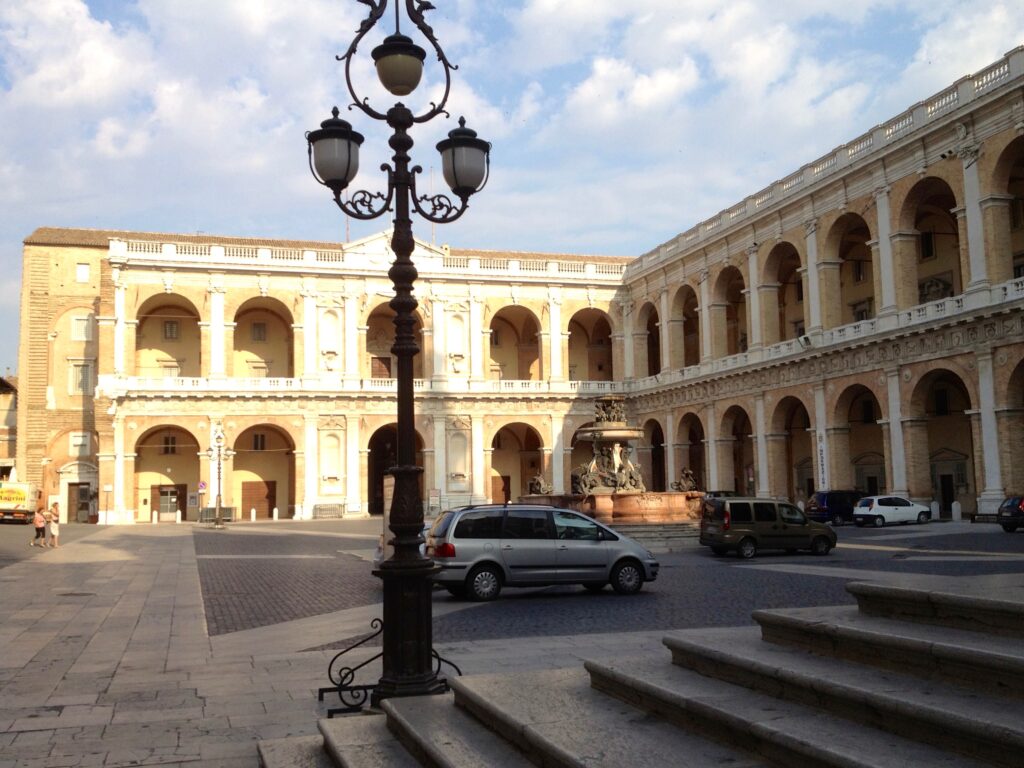 But a big topic for the group was welcoming seven young astronomers to our group. They come from many countries – three from the US, plus an Italian, a Czech, a Congolese, and an Indian. They’ve studied a variety of scientific topics, from theorizing on subatomic strings to observing meteor showers, at traditional PhD programs in universities around the world. And their immediate challenge now is trying to fit the style of doing science they learned in those places to the unique circumstances of being an astronomer at the Vatican.

Typically, once you’ve earned your doctorate your next step is to spend a couple of years honing your skills as a postdoctoral fellow. Your ultimate goal is to get a permanent position as a lecturer or fully funded researcher, as a part (maybe even head) of a team of like-minded scientists, all working together on some large project funded by the government. Thus, the practical skills you learn in school are geared towards sniffing out what research topic is most likely to get you a job and a successful grant.

However, a young scientist arriving at the Vatican Observatory is given a completely different challenge: No pressures to get the next two-year position, to get the next grant, to produce students of your own whose success at grantsmanship burnishes your own reputation. Instead, we can do any science we want. And that’s the challenge… how do you know what it is you really want to do?

We’re all Jesuits, products of St. Ignatius’ Spiritual Exercises; it’s a spirituality designed to give you the tools for making such decisions, free of inordinate attachments to desires like tenure or grant money. But if money or prestige is not our compass, what actually does steer us to choose the topics we decide to pursue?

It’s a tricky business. You want a problem big enough to be worth doing, but small enough that you have a hope of accomplishing something in the not too distant future. And you want a topic that lets you take advantage of this freedom from some government’s research agenda, while still keeping you in conversation with the rest of the field. Not surprisingly, the Observatory historically has specialized in long-term surveys and compendia of lab data… work that our colleagues need, but that they often can’t get time or funding to do themselves.

Like these young Jesuit astronomers, I came to the Specola with many different interests. I finally narrowed my field down to meteorite research (measuring and publishing tables of physical properties) on the simple grounds that, having attended a number of meteorite meetings, I found that I just plain enjoyed hanging out with the other people in this field.

The point is, no scientist works alone. If you don’t tell others what you’ve done – publishing or attending meetings – then it didn’t happen. And it doesn’t matter how brilliant your work may be, if no one gets it. Science only proceeds by ideas growing together, scientists sharing puzzles and solutions, each of us contributing a small stone to an edifice that none of us completely knows the plans for.

And the story of how our edifice gets there is not nearly as miraculous as the fact of its existence itself… rather like that house in Loreto.