This column first ran in The Tablet in February 2016

Clearly, the hot word was megastructure. “Astronomers may have found giant alien ‘megastructures’ orbiting star near the Milky Way” proclaimed the Independent last October. “The strange star that has serious scientists talking about an alien megastructure” echoed the Washington Post. Even The Daily Mail used the “megastructure” word. 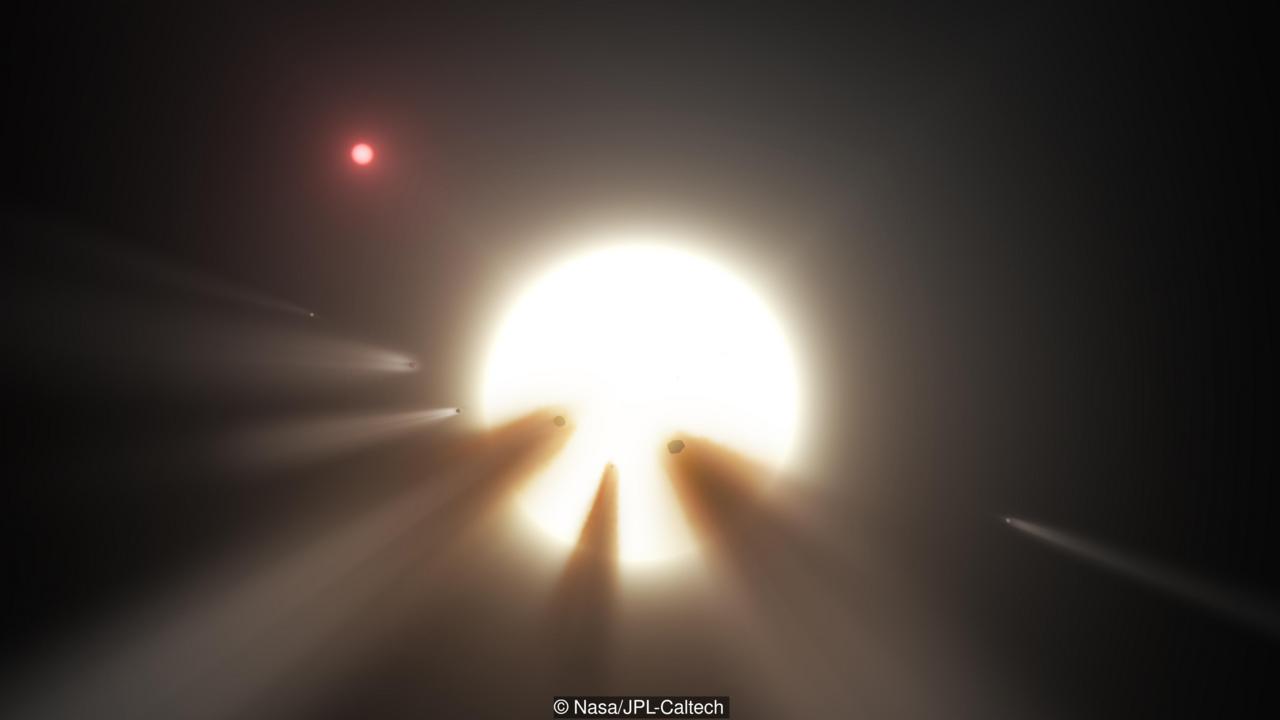 NASA/Cal Tech image of comets falling into a star

The basic observation was a bit more prosaic, if no less exciting to astronomers.

Since 2009, the Kepler Space Telescope has been focused at the same patch of the Milky Way, observing 150,000 stars over and over to look for tiny variations in their brightness. These fluctuations can, famously, be evidence of planets blotting out a tiny bit of starlight in a regular pattern; the size of the dip tells us the size of the planet, while the rhythm of these dips tells us the period of the planet’s orbit, and thus its distance from its sun. But other fluctuations reveal stars with active sunspots or even stars undergoing pulsations, clues to their internal structure.

There are so many stars to study that amateur astronomers have been invited to look through the data; it’s a project called Planet Hunters, run by Tabitha Boyajian, a young astronomer at Yale University. [She’s now got a faculty job at Louisiana State University] In October, she and some of her “citizen scientists” reported that an otherwise run-of-the-mill star was showing a bizarre pattern of fluctuations in its brightness. Their best guess was that a swarm of large comets was passing between the star and us.

But this pattern was not all that different from what some folks had speculated might occur to a star’s light if an alien civilization were to cover it over with giant panels to collect the star’s energy, powering some far advanced technology. Hence the “megastructures.”

This past month, a new wrinkle has been added to the story. Brad Schaefer, an astronomer at Louisiana State University, has looked through old photographic plates taken at Harvard going back to the 1890s, and he found that the brightness of the star itself has dimmed by nearly 20% over the last century. While comets might perhaps explain the short term fluctuations that the Planet Hunters found, they couldn’t be causing such a large, long-term dimming. 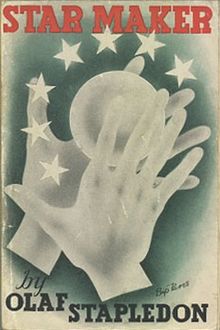 Cover of the first edition of Star Maker, by Olaf Stapledon

Brad’s no stranger to science fiction. (We were student members together at the Massachusetts Institute of Technology’s science fiction society in the 1970s.) He discounts the “megastructure” idea, however. For one thing, any starlight absorbed by such structures eventually has to be re-emitted as infrared energy, but this star has no such excess emission. And it’s unlikely a civilization could build a structure to block 20% of a star’s light in just 100 years; celestial mechanics alone suggests it’d take much longer to assemble that much material in place around the star.

However… this new discovery also rules out every other idea that’s been suggested, as well. “Either there’s a hidden loophole in our arguments, or there’s a need for a clever theorist to come up with a totally new explanation,” he told me. “It’s like a classic locked-room mystery. We know there must be an answer, but…” He also noted, wryly, that the Daily Mail has still been trying to get him to endorse the alien megastructure theory.

Megastructures were first suggested in an SF novel by Olaf Stapledon in 1937. But to Brad and Tabitha and the others studying this odd star, such last-century daydreams aren’t nearly as fun as uncovering a new, previously unknown aspect of how stars behave. Science doesn’t exist to “solve” mysteries, to merely sort nature into tight prefab boxes. Rather, our joy is to reveal new mysteries to treasure up and ponder in our hearts.

[The 2018, consensus is that we are looking at dust around the star, not megastructures at all. Unless the dust is from some civilization that destroyed itself!]

168  |  Across the Universe: Giving and Receiving (Where Credit Is Due)