This column first ran in the Tablet in January, 2012… you may see a strong connection with a previous post!

They come by post and email, every week… requests from strangers who want me to read over their startling new ideas in astronomy; gifts of self-published philosophical tracts and theorems that will overthrow Einstein; warnings of perils from outer space that angels or aliens have revealed to the letter writers.

Every observatory gets these letters. I imagine the coaches of sports teams must get just as many letters from fans with the designs for secret new plays that will win the next match for their favorite team. However, being both an Observatory and a part of the Vatican, we get a double dose.

Why are they writing to me? At first, that question was centered on the “me” part; I have no authority on any of the topics they are writing about. But I’ve come to realize that a more intriguing question is to ask, why are they writing?

Every one of these authors is taking a lot of time to think these thoughts out, put them to paper, and send them to someone whom they believe will give them a sympathetic hearing… but why? What do they really believe will happen when I read their words?

But then, why do we professional scientists write what we write? After all, our work looks just as incomprehensible to an outsider as these letters look to us. How is what we do, different from these letters?

I think these amateur scientists are writing because they want to contribute something to the mass of human knowledge. That means they actually appreciate in a deep way, what it is we are doing; and they want to be part of it. And it’s a way of seeking a small bit of immortality for themselves.

So far, so good. Nothing wrong with that. 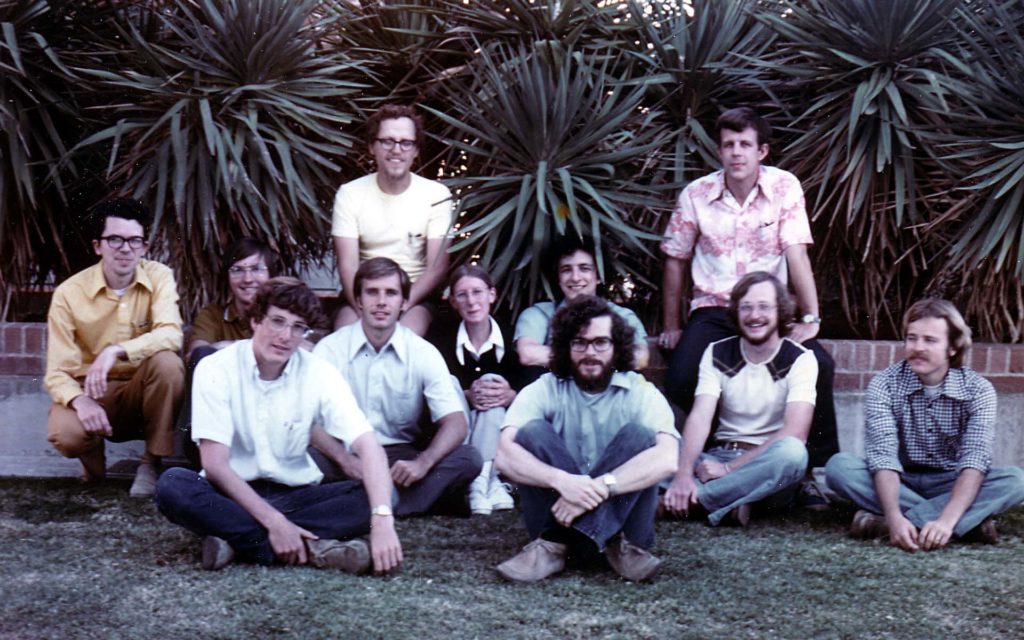 Ten of us were the original class of grad students at the U of Arizona Lunar and Planetary Lab in 1975. We all spent at least four years in grad school, while the rest of our college classmates were starting families and buying cars and houses. Many of us are now retired…

But the difference is that as professionals we’ve spent the years – at a minimum, eight years of university and post-graduate work – learning the state of the art and the language of the discourse. We’ve paid some dues.

Those were intense, all-consuming years, at the prime of our lives, spent trying to get ourselves up to speed in our field. Getting a Ph. D. is not a 9-to-5 job; we missed out on a lot of other parts of life when we were post-graduate students in our twenties (or older). And even after achieving the magic doctorate degree, most of us are very conscious of how far we fall short of really knowing our field as well as we ought. The more we know, the more we are aware of what we don’t know.

Furthermore, we are well aware that most of those scientific papers that we do publish are soon obsolete; even if, somehow, we got enough of it right to nudge the community of science forward.

The glory of recognition does not cover the cost of the work. The work itself must be its own reward. Any amateur astronomer (or angler) knows that the joy of catching your quarry is greater than the fun of telling someone else about it. The point of prayer is to encounter God, not brag about it to your friends.

But sharing the experience is important. Knowledge is not a “mass” to be piled up, but a process that only exists within a living community. Our real knowledge lives in the thoughts between the papers, within the community.

Paying your dues is not just an artificial barrier to keep outsiders away; it is the very process by which the community breathes. It’s hard. It hurts. It’s worth it. It’s wonderful to be part of that community. And that’s why I feel for those who want to get in on it, and don’t quite know how to go about it.