This column first ran in The Tablet in December 2013

The first of December had barely arrived when I got our first request of the season for an interview about the Star of Bethlehem. Of all the Frequently Asked Questions we get at the Vatican Observatory, that’s certainly one of the most frequent… along with, why does the Vatican support an observatory? And, would you baptize an extraterrestrial? 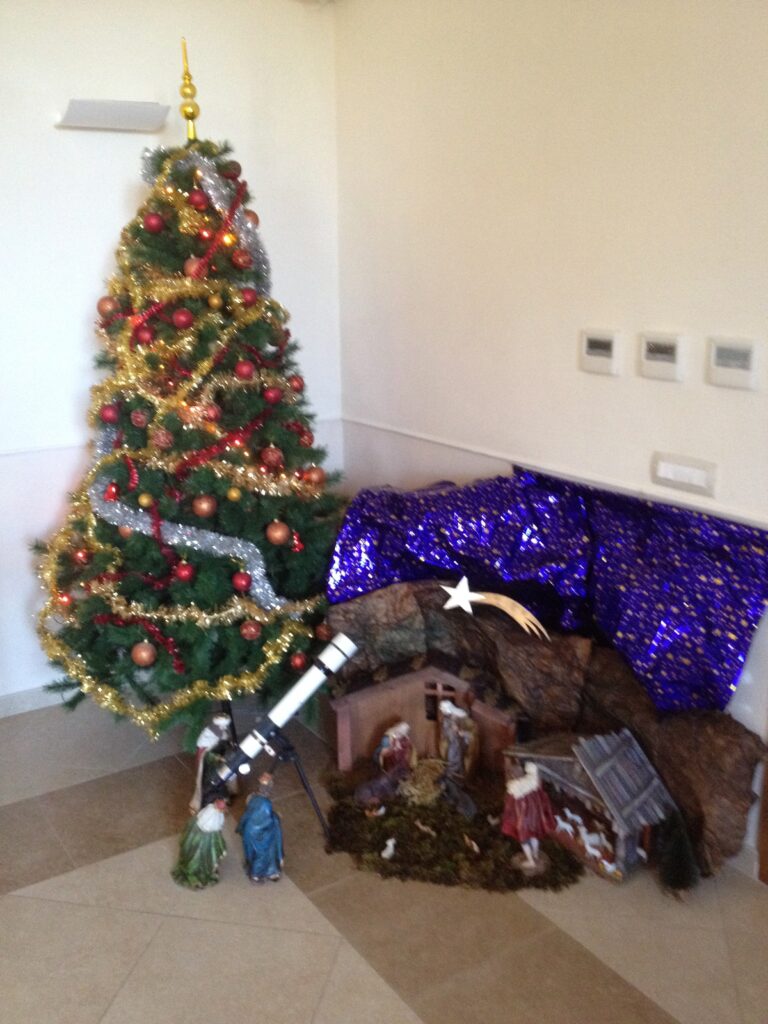 The Star one is easy: we don’t know what the Star of Bethlehem was. We weren’t there. Whether it was a planetary conjunction, a miracle, or a pious parable, ultimately the explanation doesn’t matter. The real “star” of Matthew’s account is the person it leads us to.

The Star of Bethlehem is not why the Vatican supports an observatory. The true reason, however, is also tied to Christmas. God expresses Himself to us in the things He has made (quoting St. Paul); but even more, by choosing to be a real part of this universe, in the Incarnation God has “cleansed and quickened” creation (quoting St. Athanasius). And perhaps most importantly, the Incarnation reminds us that “we are not apprentice angels” (quoting John Polkinghorne).

We are not spirits stuck in these miserable physical bodies, waiting for release. Rather, this physical universe of matter itself matters. It matters so much that God Himself chose to be part of it. The intimate study of God’s creation, the act we call science, is thus an act of worship. Astronomy is not only an appropriate activity for a Church to support, it is also something that’s right for individual humans to spend our whole lives doing, given the chance. The baby in the manger, helpless but very real, gives importance and meaning to all the physical activity of the universe.

The Presentation in the Temple of an infant who is also Lord of Creation echoes the third question. What meaning could baptism, or, indeed, an Incarnation here on our obscure planet Earth, have for any extraterrestrial?

“Would you baptize an extraterrestrial?” is a trap, of course. Surely (it assumes) any alien who is able to communicate with us would be of a race older and wiser and smarter than we foolish earthlings; to say that we’d baptize them merely displays an absurd presumption on our part. On the other hand, to say “no” would be to admit that our baptism, and indeed our religion, is nothing more than a local superstition of no cosmic importance.

But, ahh… baptism is offered only when it is requested. So the proper answer to the question, “would you baptize extraterrestrials?” is, “if they ask.” If any extraterrestrial asks us to be baptized, how could we refuse? By asking, the extraterrestrials (with all their advanced wisdom) are acknowledging God in that baby in the manger.

It is tempting to “spiritualize” the meaning of our life, but the Incarnation brings us back to Earth. “If I find in myself desires which nothing in this world can satisfy, the only logical explanation is that I was made for another world.” C. S. Lewis once said, famously, in Mere Christianity. And yet the Incarnation is precisely that which we desire, made real in this world. No wonder the stars in the sky themselves proclaimed His coming.

We find that those very things that make us feel most connected to this physical universe – art, music, scientific discovery – provide us the same joy we feel in our most wonderful moments of prayer. That’s why life and death, pleasure and pain, matter so much. It’s the envy of angels.

Was the “star of Bethlehem” real? The event it portended was very real. Have extraterrestrials had their own version of the Incarnation? It’s enough that we have had ours. Why does the Vatican – why does anyone – do astronomy? To sing Glory to God in the Highest.