This column first ran in the Tablet in January, 2011

January is the month when novices from my Jesuit province go to a retreat house in Gloucester, Massachusetts, for a month of silent prayer. Surrounded by nature – the tides rolling onto the rocky shoreline, the inevitable winter blizzard – they confront God and themselves. Meanwhile, my nephews are avoiding those same winter storms by visiting their grandparents in Florida, enjoying the tides in the Gulf of Mexico. Surfing is, perhaps, its own form of prayer. 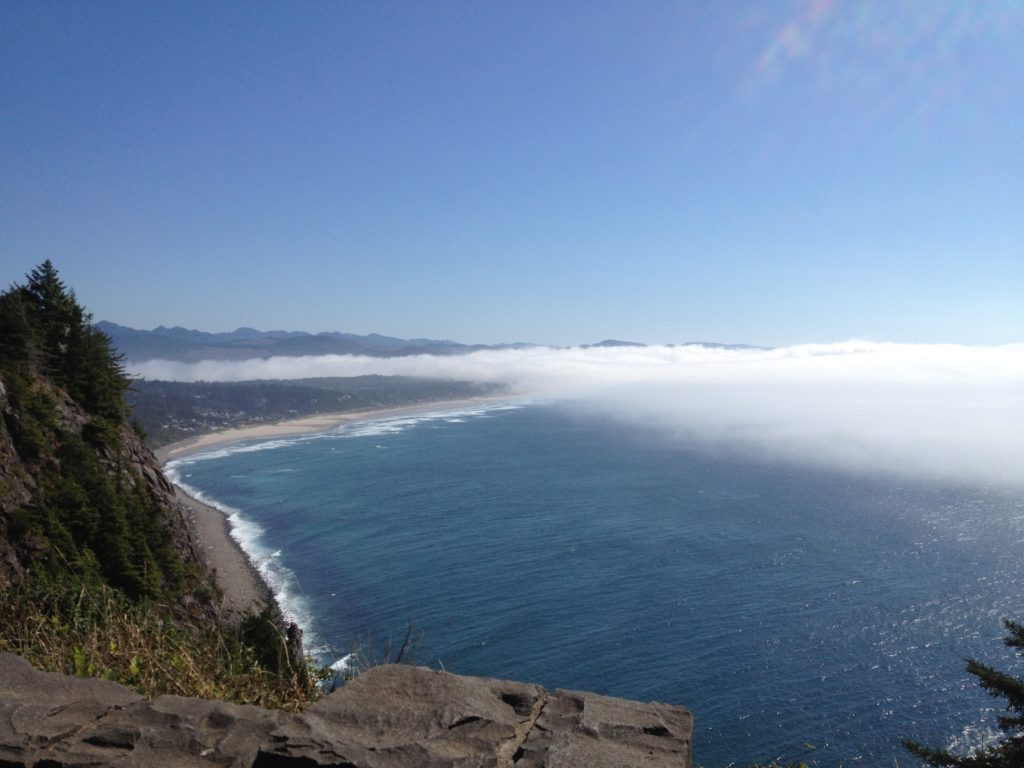 Tides along the Oregon coast

The ocean tides are a powerful symbol of God’s presence. Their regular rise and fall makes the whole Earth feel like it’s alive.

To the American political commentator, Bill O’Reilly, who strongly identifies himself with his Catholic roots, they are in fact a proof of God. Recently, debating an atheist on his television program, O’Reilly shrugged off his opponent’s arguments by merely observing: “Tide goes in, tide goes out. Never a miscommunication. You can’t explain that. You can’t explain why the tide goes in.”

O’Reilly’s comments, however, have attracted their share of scorn – most notably from another television commentator and fellow Catholic, the comedian Stephen Colbert, who suggested O’Reilly could use perhaps use a refresher course in astronomy.

Actually, understanding the ocean’s tides is far trickier than most astronomy textbooks will admit. Yes, the Moon pulls on the ocean’s water, causing it to rise, generating dramatic waves so beloved by artists and surfers. But the tides lag significantly behind the Moon. Indeed, complex interactions between water and land lead to some places – like the Gulf of Mexico – experiencing tides at remarkably irregular intervals, while other places – for example, the Mediterranean – hardly see any tides at all. And it takes some elegant mathematics to explain why there’s a second tide on the side of the Earth away from the Moon.

O’Reilly wouldn’t be the first to misunderstand tides, of course. In The Two World Systems – the book that led to his trial by the Church –  Galileo famously used the tides as evidence that the Earth spins. His argument was, in fact, ludicrously wrong. Galileo didn’t understand momentum (which Newton would only explain forty years later). And, having experienced only the Mediterranean tides, he seemed to think that there was only one tide a day.

Yet though his argument was wrong, Galileo still was right: the Earth does spin.

Twenty years after Galileo, the Jesuit astronomer Riccioli (as recently translated by the science historian [and fellow Catholic Astronomer blogger!] Christopher Graney, quoted in The New Scientist) assembled 77 scientific arguments for why the Earth couldn’t be spinning. Among them, apparently, was the first description of what would later be called the Coriolis effect, which we now know describes cyclonic weather patterns. His arguments showed great insight, and were hard to refute at the time. But of course, he was wrong: the Earth does spin.

Riccioli’s science was constrained by religious pressures, which led him to a false scientific conclusion. O’Reilly’s bad-science proof of religion is even more insidious, however. His “god of the tides” is merely one force among many forces in nature: nothing more than a pagan deity. Both Riccioli and O’Reilly were trying to defend the Church, but both were operating under false ideas about religion and science. They do inform each other; but they cannot offer each other proofs.

It’s not the existence of the tides, or their regularity, that demonstrate God’s presence. That’s precisely the part of the tides that science addresses quite well, with elaborate but beautiful mathematical formulae. What science does not even want to address is the beauty that we experience in tides. Science gives us answers about how the universe works; it doesn’t explain why we are so delighted to find those answers.

God doesn’t make the tides. He makes them awesome. We learn that from prayer; and from any surfer.