This column first rain in The Tablet in December 2014

December 2014 was been a busy month for space probes. The Japanese launched Hayabusa II to go to an asteroid and come back with a sample, larger than the few grains of dust that the first Hayabusa returned. Nasa put its Orion capsule into orbit, their first new human-rated spacecraft in thirty years; someday it may take astronauts back to the Moon. And the New Horizons mission was roused from “sleep” mode to get ready for an encounter with Pluto this spring.

Space travel is about space, of course; but it’s also about travel. Fifty years ago, Nasa named their first probes Mariner, Pioneer, and Voyager, realizing that studying the planets was an attempt to salve humanity’s itchy feet.

There’s something special about getting out of the house and going somewhere. Shopping in a town center is different from buying online. Sure, you can watch a movie on your smartphone today; it’s not the same as going into a large, dark theater. And the movies you see, like Interstellar or The Hobbit, will likely be an adventure of a hero’s journey: travel is a powerful metaphor of life.

The Magi traveled to slake their curiosity about what they saw in the sky, perhaps the first recorded journeys of astronomers. As light pollution blinds us to the sky over cities and towns, modern observers have had to travel to distant dark mountaintops to record their data. That’s changing now, of course; more and more telescopes, including the Vatican’s telescope in Arizona, can be controlled remotely via computer. (If you’re remote enough — sitting in Rome while your ’scope is in Hawaii — you don’t even have to stay up late.) It’s more convenient; but something is lost in the experience. 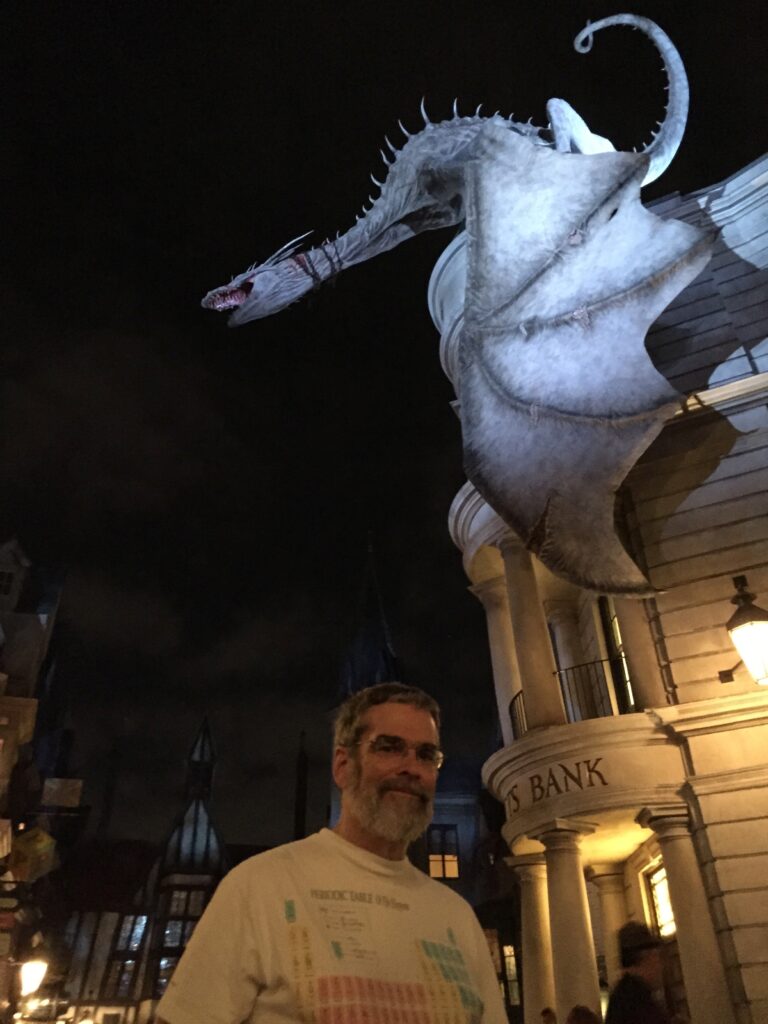 My own travels this month have taken me from my birthplace in Detroit, to the Harry Potter amusement park in Florida. One special trip was to a family gathering, where I got to visit cousins… and their children… and now, their new-born grandchildren. I also got to see a beloved uncle — he’d been my confirmation sponsor — now in very frail health as he nears the end of his own personal journey.

Both birth and death put our lives in perspective. Every frail uncle was once a baby. Unlike spacecraft that can be shut down or woken up, we are not machines to be turned on and off. Life is too complex to be easily repaired, brought back with a few new parts. What’s more, the story of our lives is not limited to merely what happens at death, any more than the Hobbit can be equated to just its last page.

I am often asked how Jesus could have a cosmic significance – what can his salvation mean for a universe filled with asteroids and  exoplanets? But even as we struggle over the theology of salvation and original sin, we must grasp the essential fact that Jesus, born as a baby, died as a man and then rose and conquered death. That child in the manger was the real “boy who lived.”

Leaving home is only half the story. Even The Hobbit is subtitled, There And Back Again. If you don’t come home (or at least, send your data back home) then you might just as well not have traveled. That’s why sample return missions are so special. Like the Magi returning via another route, we too must return from our encounter, bearing the gifts we have received, and the changes we have endured. Even the Resurrection was followed by the Ascension.

This season we celebrate a birth. But every birth comes eventually to a death. If there is life elsewhere in the universe, there must also be death. That means, to have conquered death is a gift of cosmic significance.

164  |  From the Tablet: Galilean Entanglements