If you’ve never seen Mercury, now is the perfect time! Mercury will rise later each morning, and soon be lost in the glare of the sunrise – so get a look quickly! 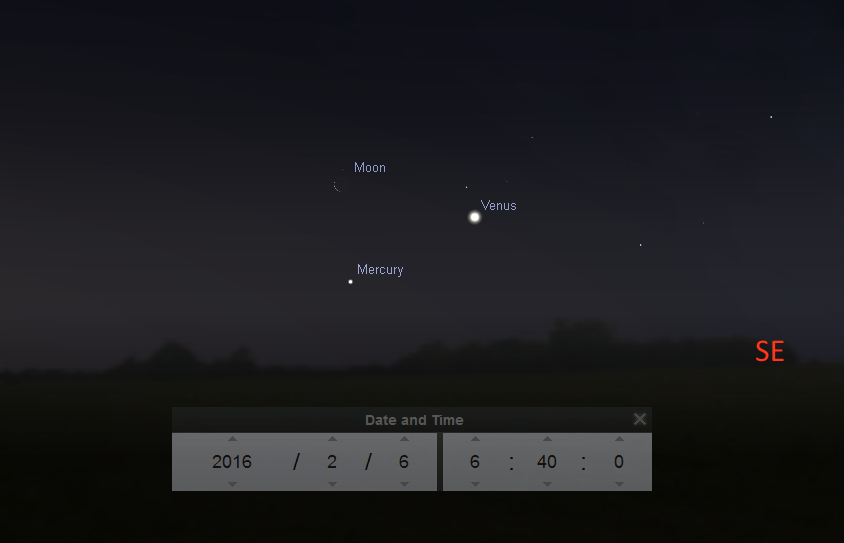 Mercury, Venus, and the Moon, early in the morning on 6 Feb 2016. Credit: Stellarium

The image below shows the positions of the planets on 6 Feb 2016.

Position of the planets on 6 Feb 2016. Credit: NASA Eyes on the Solar System.

Got a pair of those red/blue glasses? Have a look at the solar system in 3D!

Jupiter is currently visible for much of the night, and will make an excellent observing target. 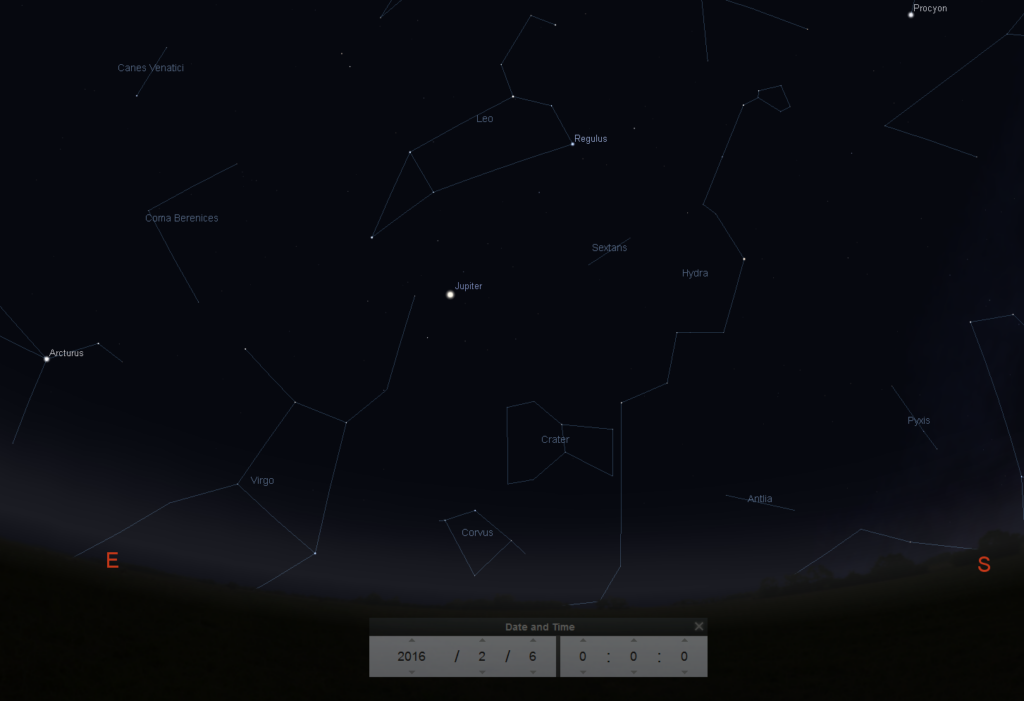 Jupiter will be high in the sky around midnight for the next few months. Credit: Stellarium

Jupiter will will reach opposition, when the Earth passes between it and the Sun, on March 8th. 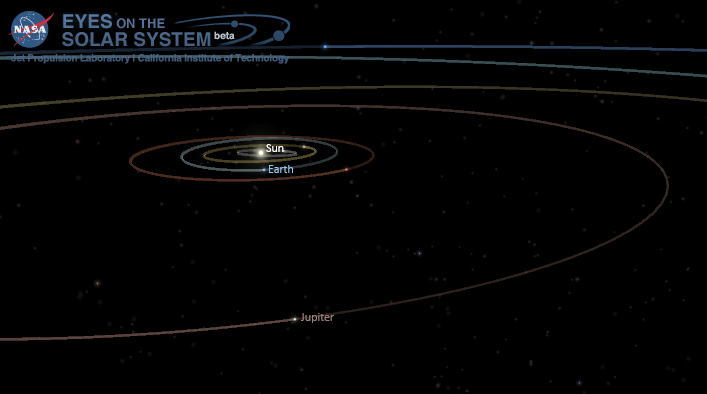 Jupiter at Opposition on 8 Mar 2016. Credit: NASA Eyes on the Solar System.