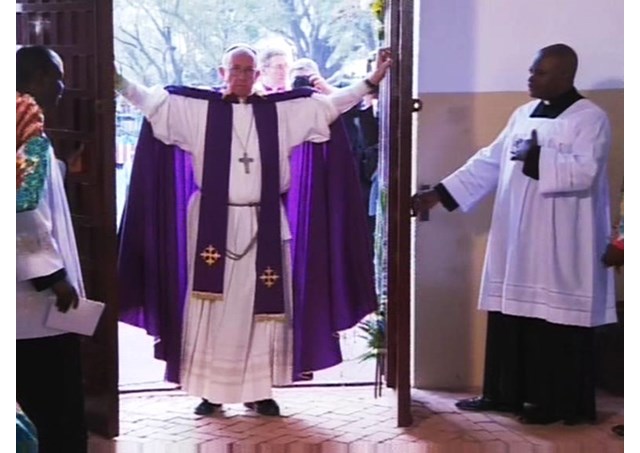 This past weekend, Catholics (and most mainline Christian denominations) celebrated the beginning of the Advent season.  Advent is the Church’s New Year, accompanied by a change in the Gospel we read and the colors we use to adorn our worship space, calling us to joyfully anticipate the second coming of Jesus Christ in final glory before shifting our focus to the birth of our Savior at Christmas.  Though the secular idea of a New Year evokes images of celebration, the Church’s New Year begins with a more pointed message of spiritual attentiveness, watching for the Lord’s return.  Yes, there is an undercurrent of the end times in this season, but the historical development of Advent also calls us to invite Christ into our lives on a daily basis, dispelling the darkness of the world we live in with the light of the risen Lord.

This spirituality of attentiveness and invitation is best summarized through the symbolism of the Advent Wreath.  The wreath’s origin is found in Scandinavian culture, creating a wheel-like wreath of evergreen that is encircled with candles to mark the passing of Winter.  Day after day, a candle would be lit to anticipate the time when the days would begin to grow longer, celebrating the return of sunnier days after the Winter Solstice.  As Christianity spread to these regions, the Church adapted this practice to the Advent season, reminding us that, just as the days are getting shorter and nights longer due to the Earth’s orbit, so, too, does our world, on a spiritual level, experience the deepening of darkness through sin.  (Click here to learn more about the Advent Wreath.)  The beginning of our Gospel from Luke this weekend speaks to this twofold darkness. 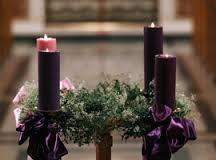 There will be signs in the sun, the moon, and the stars,
and on earth nations will be in dismay,
perplexed by the roaring of the sea and the waves.
People will die of fright
in anticipation of what is coming upon the world,
for the powers of the heavens will be shaken.
And then they will see the Son of Man
coming in a cloud with power and great glory.
But when these signs begin to happen,
stand erect and raise your heads
because your redemption is at hand. (Luke 21:25-28)

Though this Gospel may sound foreboding, not all is doom and gloom in the Advent season.  Rather, one of the main themes of this season is that, despite the darkness we face, hope will return as our spiritual “nights” become less “dark” and our days become a bit “brighter.”  And what is the source of this hope, you may ask?  Our hope is the light that shines in the darkness: The person of Jesus Christ.  One way of understanding why we celebrate Jesus’ birth around the time of the Winter Solstice is to invite us to embrace an image of creation called The Cosmic Liturgy.  This vision, given its clearest voice in the writings of Maximus the Confessor and later developed in the works of Hans Urs Von Balthasar and Joseph Ratzinger, argues that every aspect of our world reflects a powerful metaphor of Christ’s work of Salvation.  In regard to Advent, the slow, shortening of the days reminds us that our world can, through sin, slowly plunge into deeper and deeper darkness.  The beginning of the shortening of days is accompanied by two events: the Summer Solstice and the feast of the birth of John the Baptist.  The birth of John the Baptist, placed on June 24th, reminds us of John’s call for the repentance of sin before the coming of the Messiah.  The natural rhythm of the shortening of our days after the Summer Solstice is seen as a symbolic reminder of the effects of sin John calls us to turn away from.  When Christmas finally arrives, our days begin to lengthen again, signifying that the light of Christ has come into the world through the Incarnation.  This approach to understanding why Christmas is celebrated when it is provides much more spiritual meaning than trying to sift through the debate that, to be quite frank, wasn’t all that important to early Christians: What was the actual day that Jesus was born?  (For those interested in this debate, check out this article from Biblical Archeology and for more on The Cosmic Liturgy, check out Pope Emeritus Benedict’s work, written as Joseph Ratzinger, The Spirit of the Liturgy.)

Over time, this vision of the Cosmic Liturgy was lost, making many practices seem obsolete and, therefore, abandoned.  For example, those of you who are more “seasoned in life” may remember the Tridentine Rite in which the priest stood with his back the the people while celebrating the Mass at the Altar.  At the time of the Second Vatican Council, this liturgical posture was analyzed under the concern that this and other practices were alienating the faithful from the priest during Mass, creating an air of clericalism.  Yet, this does beg the question: Why did the Church do this in the first place?  The answer is rich and complex, but, in summary, the position of the priest was not meant to separate the clergy from laity.  Rather, it had more to do with the understanding of the Cosmic Liturgy.  In early Christianity, all Churches were “oriented” toward the east, meaning that if you were sitting in the pews as a parishioner facing the altar, you would be pointing east.  The rising of the Sun was seen in the early Church as a powerful symbol of the rising of the Son, Jesus Christ, from the tomb (ergo, the importance of a “Sunrise Service” on Easter Sunday).  In light of this, (no pun intended) the priest and people would face east to symbolically “orient” their prayers to the risen Christ, not seeing the Sun as a god, but allowing the Sun to be a powerful symbol of the risen Christ.  This is but one of many examples of how the early Church sought to explore the intimate connection between God and creation.

Check out this video from NASA for a dynamic look at our changing Earth!

I hope it is rather self-evident that, in our modern times, we can see that the early Christians desired to express their faith in a way that connected every part of creation with God.  The rhythm of the seasons became a way to not only mark time, but also provided hope amid life’s darker moments.  Nature itself, as brutal as it can be, can provide the human person with signs of new life, analogous to the new life we find in Jesus Christ.  Despite the fact that our understanding of the mechanics of the universe have showed obvious errors in how the early Church viewed the world, the spiritual message of Advent endures: Come, Lord Jesus, and dispel the darkness of our lives with the light of your love, mercy, peace, and justice! 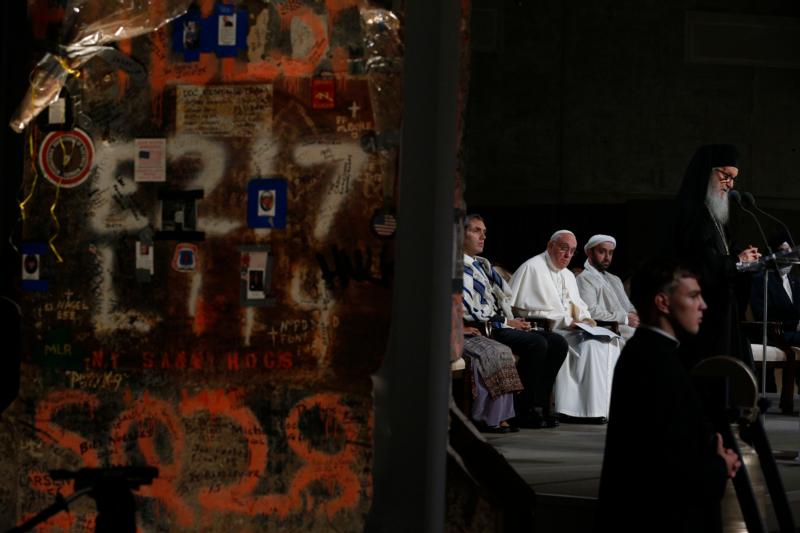 What is the lesson we can learn from this reflection?  Living in a region that has well defined seasons, Advent reminds me that life has a rhythm of birth, growth, blooms, maturation, harvest, death, and then new birth.  The world we live in experiences great darkness, whether it be acts of terrorism, war, mindless shooting of the innocent, or discord within our homes and communities.  These events can evoke in the human heart an underlying narrative of despair, thinking that all hope is lost in our world.  Advent reminds us that, even in this darkness, there is hope.  At times, the seasons associated with the pilgrimage journey of our common home around the Sun can be filled with darkness, cold, and despair.  However, just as the Earth has a way of allowing all parts of its surface to be bathed in the light of the Sun, so, too, does God allow all people, believer and non-believer, to experience the love of the risen Son in their lives.  This holds, for me, one of the greatest mysteries of the Advent season: In order for the love of the Son to be shown to the entire world, we must allow the “light of Christ” to shine in us.

For this week, I ask you to pray with this simple question: Do you wish, in the words of Isaiah, to be a people who remain in darkness or are you willing to let your eyes see a “great light,” awakening new life in you through Jesus Christ?  Open yourselves to this light and, together, let us prepare our hearts to meet the risen Lord in this Advent season!