For a while now I have been editing the Vatican Observatory Faith and Science (VOFS) pages, and that has been an interesting and rewarding task.  Editing the VOFS has really provided insight into the breadth of people who have contributed to the scientific endeavor (keeping in mind that there is no doubt that not everyone has had the same access to the world of science).  Professionally speaking, it has helped me to have at my fingertips info to use to engage my students who might think that science is a “dead white guys” enterprise.

Click on the image to visit the Faith and Science pages!

Here is a list of some of the interesting women who have entries in the VOFS pages.  Note that the first few all pertain to a flowering of women and science that occurred in Italy under Pope Benedict XIV, a period in history that I knew nothing about until I started editing the VOFS. 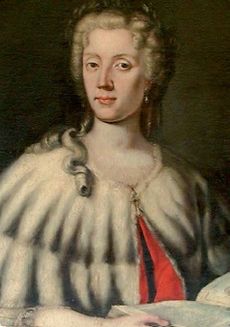 Maria Gaetana Agnesi – Mathematics and the Making of the Catholic Enlightenment
“Maria Gaetana Agnesi (1718-1799) is known as the author of a textbook on calculus that appeared in Milan in 1748. For the first time a woman was able to establish herself as a legitimate mathematician and publish her work….”—click here to read more.

The Pope and the Englishwoman: Benedict XIV, Jane Squire, the Bologna Academy, and the Problem of Longitude
“Findlen tells the story of Jane Squire…. As she was unable to get a hearing in England, in 1743 Squire wrote to Pope Benedict XIV, who was open to the scientific work of women….”—click here to read more.

The World of Maria Gaetana Agnesi, Mathematician of God
“Maria Gaetana Agnesi, a remarkable eighteenth-century woman who lived in a unique period of Italian history when Italy was perhaps the only place where women were encouraged to pursue serious study in math and science….”—click here to read more.

Elizabeth Blackwell: First Woman Physician
“At a time when only men were supposed to become doctors, Elizabeth Blackwell earned a medical degree in 1849 from Geneva Medical College in New York. She was the first woman in the United States to ever earn such a degree….”—click here to read more. 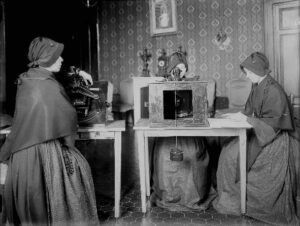 Mapping with the stars: Nuns instrumental in Vatican celestial survey
“Emilia Ponzoni, Regina Colombo, Concetta Finardi and Luigia Panceri were all Sisters of the Holy Child Mary and were part of a global effort in the early twentieth century to make a complete map and catalog of the starry skies….”—click here to read more.