When the Moon is not quite 10 days old you can get a good look at a few of the more obvious domes in the Mare Nubium area south of Bullialdus. The first key is to locate Kies, the 46km diameter crater at the top of this image with the little tail pointing down. Notice the mild swelling just to the left of the crater. This is Dome Kies Pi or K1. It’s 10km in diameter with a little 2km craterlet at the summit, just barely visible here. Going further to the left there are two small clusters of mountains. Just above the farther one is another mild swelling, K3. A third dome is just off the end of the tail of Kies but I never have gotten a good image of it. It may be just to low a feature. Below Kies you see a graben-like rima, Rima Hesiodus that runs some 309 km from Hesiodus just south of it’s eastern (right) terminus, the crater with a small central crater (and the nice double walled crater, Hesiodus A just below it) all the way across Palus Epidemiarum north of another crater, Capuanus (61km). On the floor of this crater you can see 3 domes, C1, C2 and C3 as you may have guessed. There are other low swellings around this image near the terminator in this image but I have no guide for any identification beyond these.

In the upper right of this image, adjacent to Hesiodus is the large crater Pitatus (or “Potatoes” as we used to joke). Across from this, on the right side are the twin craters Campanus above and Mercator below both 49km dia. Then in the lower left is the crater Wilhelm (111km). It is a very busy area with lots to see, like that strange straight mountain range in the middle of the image with the small plain below it. You can easily spend a whole evening here! 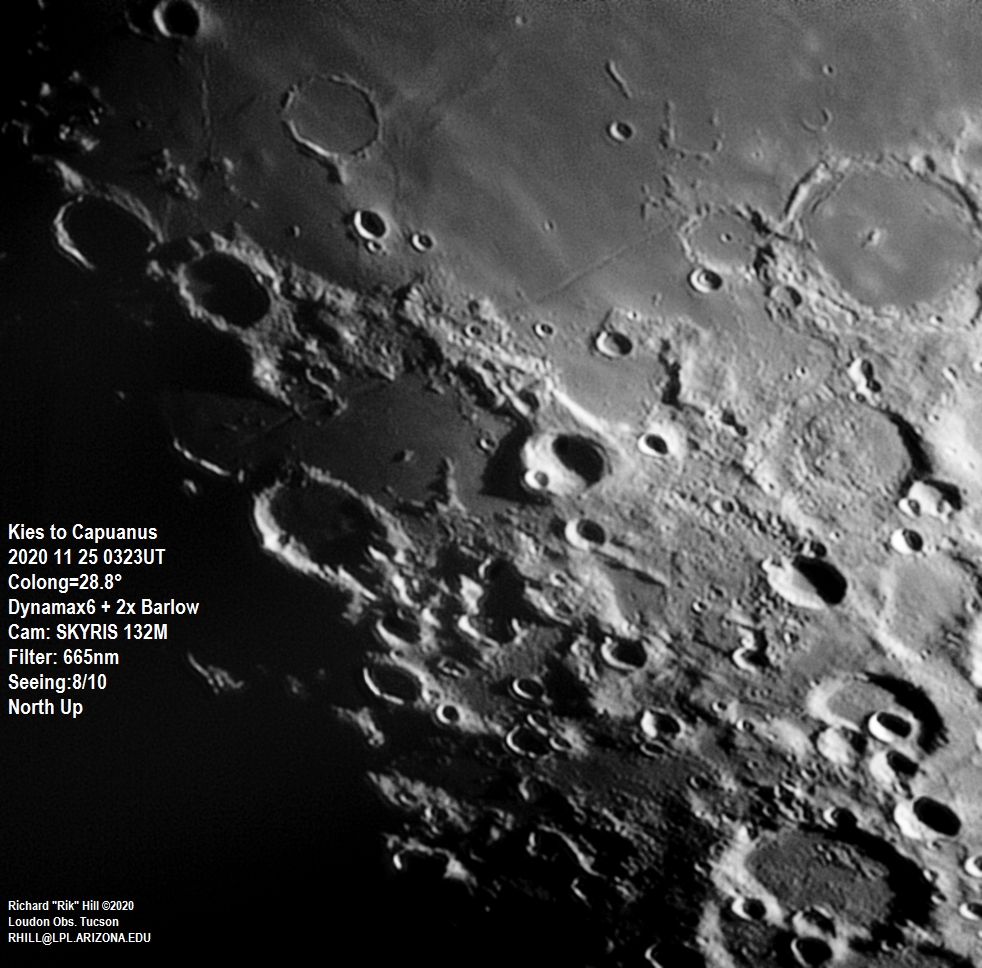