The Warren Astronomical Society publishes a monthly newsletter titled the W.A.S.P. I’ve been the editor and producer of this publication during my 2014 & 2015 terms on the board of the WAS; We’ve just published the April 2015 issue. 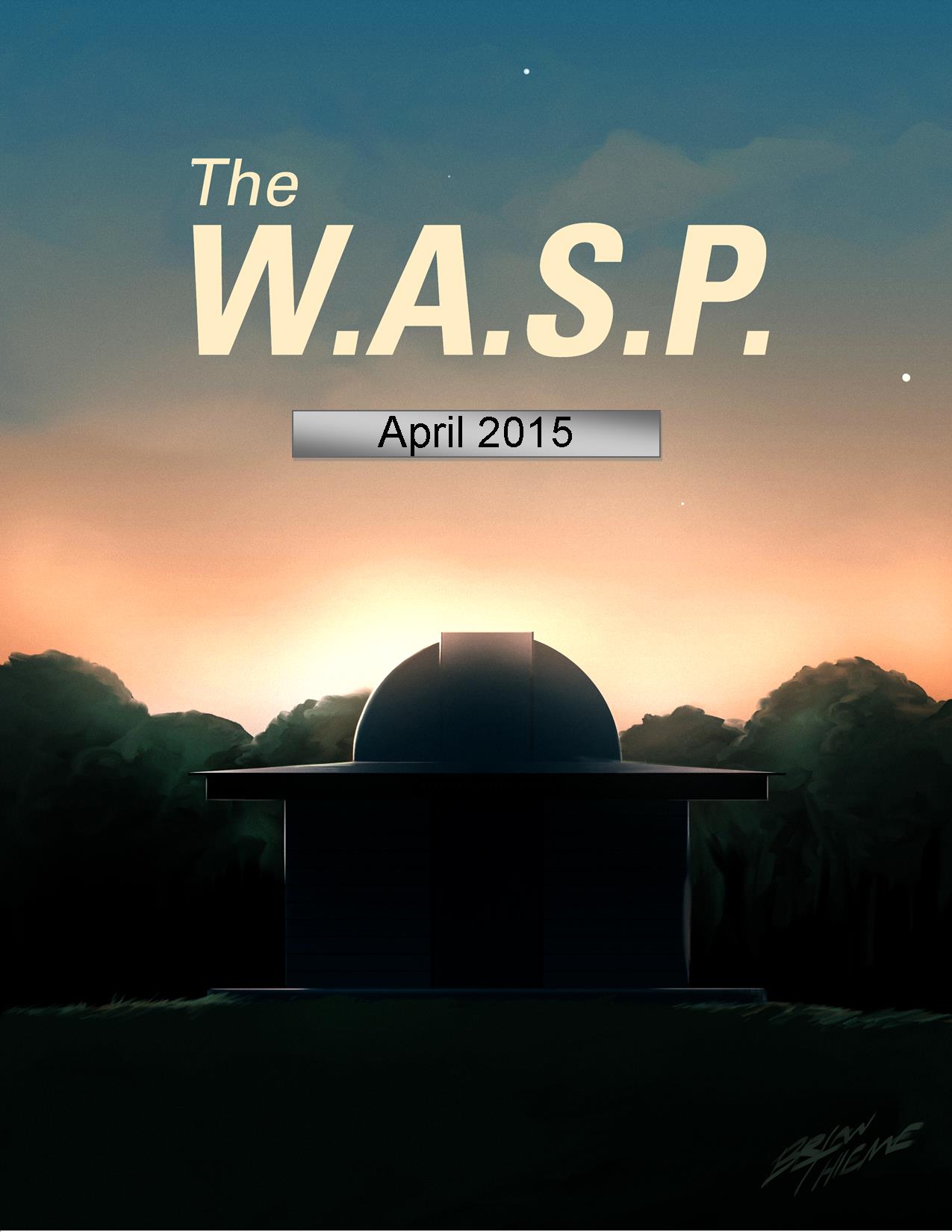 Cover of the April 2015 issue of the W.A.S.P. Artwork by Brian Thieme.

I wrote an article for the February 2014 issue: The Year After the Asteroid Fell – chronicling the events and discussions during the year after the Chelyabinsk Impact Event. Br. Guy and Dr. Harold Reitsema fact-checked and reviewed this article for me.

Br. Guy was kind enough to write an article for the April 2014 issue: Six Surprises – where he talks about the revised edition of Turn Left at Orion, and six deep sky objects that were “unexpected delights” to him. I love the photo of Br. Guy in this article.

After I published my first issue of the W.A.S.P., a Society member commented to me that it looked like an Astronomy or Sky and Telescope magazine – which made me laugh, because I had both of those open and on my desk while I was working on it. The newsletter has evolved a lot over the year I have been producing it; I’m very pleased with its progress.

I cannot explain where this newsletter is coming from! Before I started working on the W.A.S.P., I had zero experience producing anything like it. I recently saw a printed copy of the newsletter; prior to this, I’d only seen it on the computer screen, in PDF form. Wide-eyed, I looked at the double-sided printout, almost embarrassed how… thick… it was. I leafed through it, knowing I had just published it a few days before, but still in a state of shocked disbelief, at holding it in my hands.