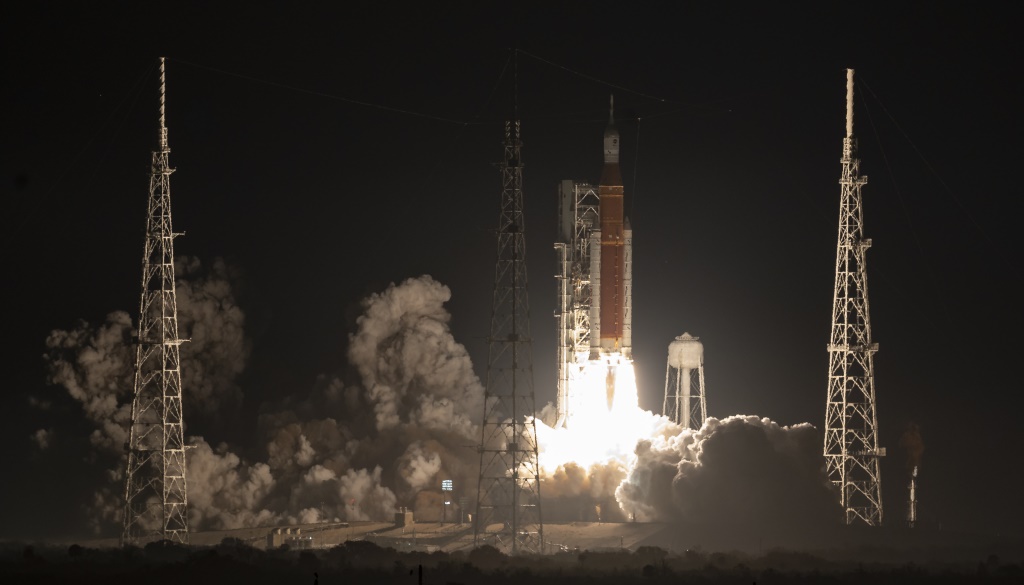 The Artemis I rocket roared off the launch pad at 1:47am EST this morning, on its mission to the Moon.

This first Artemis mission is not exactly uncrewed – although no humans are on board, Shaun the sheep is!

Shaun is acting as a mascot for the ESA – much the same way as Snoopy did for NASA during the Apollo missions. After Artemis I achieved orbit, Shaun was reported to be doing great!

On its way to the Moon, Artemis I looked back towards Earth, and got some beautiful imagery of home.

The rocket and spacecraft have cameras everywhere to record the journey and gather engineering data – I’m thrilled to see this!

“Orion also will carry cameras that are part of a technology demonstration, called Callisto. The Callisto payload includes three in-cabin cameras that will be used to test video conferencing capabilities and may enhance the public’s ability to imagine themselves inside Orion.” – Erika Peters, NASA’s Johnson Space Center.

The mission will last for 25 days – Artemis I will return to Earth and splashdown off the coast of San Diego, California on Dec. 11th. Artemis I will use a “skip entry” technique – which will allow the Orion capsule to land closer to the coast, and will reduce reentry gee forces experienced by astronauts in future missions. We’ll have to see what Shaun thinks about it upon his return!