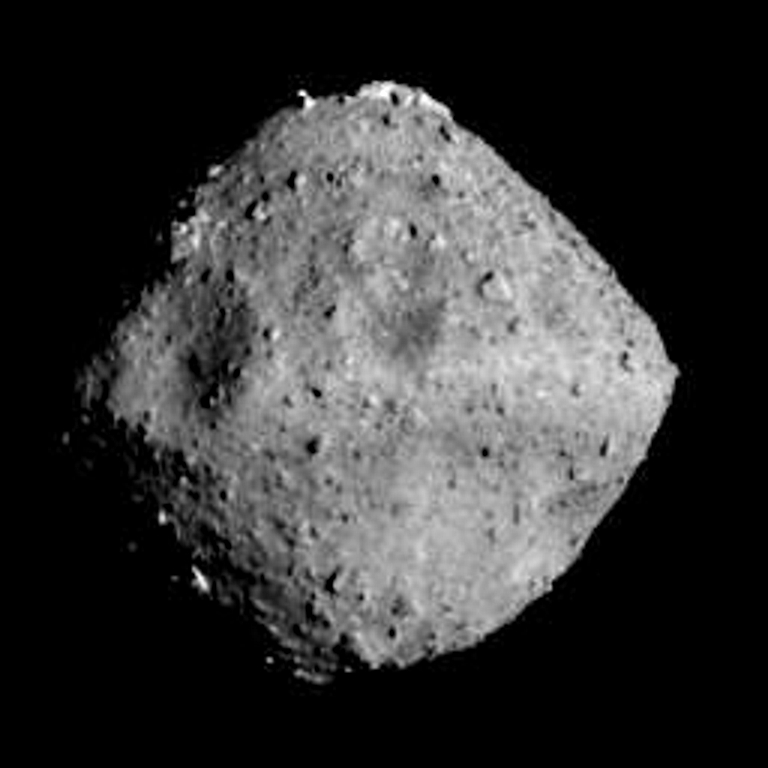 The Japan Aerospace Exploration Agency (JAXA) Hayabusa2 spacecraft is approaching asteroid 162173 Ryugu. The spacecraft has traveled nearly 3.2 billion km since its launch in December of 2014. The spacecraft and asteroid will meet in interplanetary space 280 million km from the Earth. 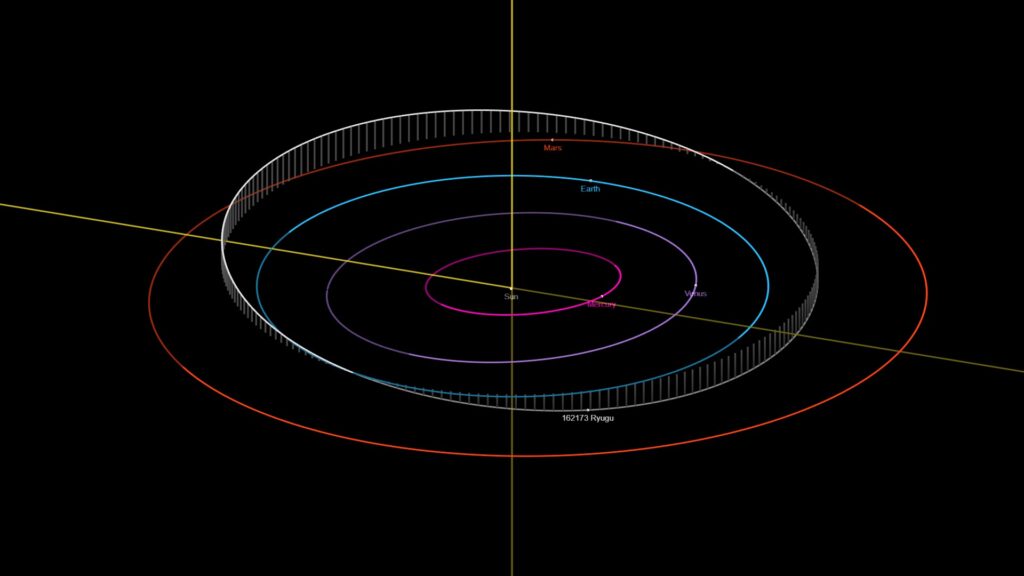 Ryugu seen from between 220 ~ 100 km. Are we seeing the history of the asteroid etched on its surface? https://t.co/cNG1ZGsqlI pic.twitter.com/qqTEozetCV

Hayabusa2 will survey the asteroid for 18 months, looking for a suitable location from which to take a sample. A Small Carry-on Impactor (SCI) with an explosive charge will be released by Hayabusa2 while it orbits the asteroid; this will remove the space-weathered surface of the asteroid at the target site to allow and a fresh sample to be collected. The spacecraft will depart the asteroid in December of 2019, and return its samples to Earth in December of 2020. 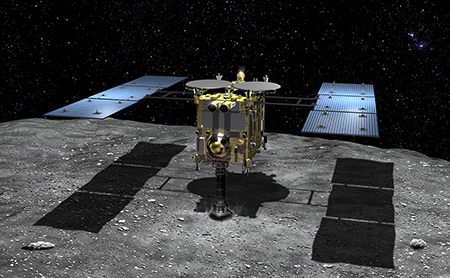 Artist concept of the Hayabusa2 taking a sample from the surface of asteroid 162173 Ryugu. Credit: JAXA

Hayabusa2 will also deploy four small probes that can “hop” over the surface of the asteroid to take measurements; these probes carry a variety of instruments including: thermometers, cameras, accelerometers, magnetometers, radiometers and IR spectrometers.