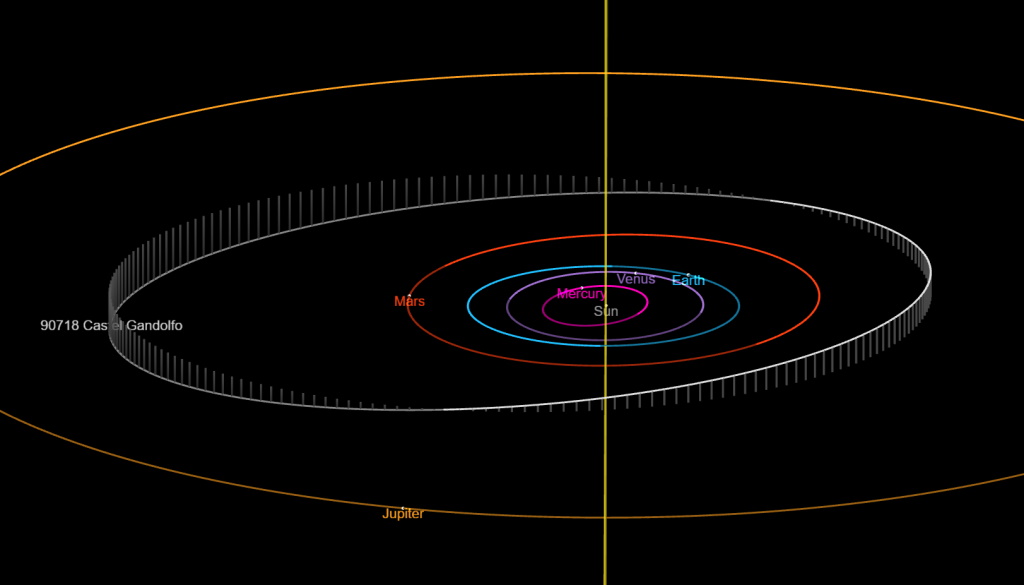 Asteroid 1991 RW3 has been officially named (90718) Castel Gandolfo. The announcement was made in the WGSBN Bulletin 1, #6, and the name now appears in the JPL Small Body Database Browser.

The citation for the asteroid reads:

The discovers of this asteroid make for an interesting story themselves:

Freimut Börngen  (17 October 1930 – 19 June 2021) was a German astronomer and a prolific discoverer of minor planets. He is credited by the Minor Planet Center with the discovery of 538 numbered minor planets made between 1961 and 1995. – Wikipedia

Lutz Dieter Schmadel (2 July 1942 – 21 October 2016) was a German astronomer and a prolific discoverer of asteroids, who worked at the Astronomisches Rechen-Institut (ARI) of the University of Heidelberg. He is credited by the Minor Planet Center with the discovery of 245 minor planets made between 1960 and 1993. – Wikipedia

Lutz Schmadel was the author of the Dictionary of Minor Planet Names – a reference book containing information about the discovery and naming of many thousands of asteroids.

I did some inquiry and found that the proposal for the name for asteroid Castel Gandolfo came from Freimut Börngen, who unfortunately died in June of 2021, before I was able to contact him about this asteroid. If anyone has any information on these two astronomers, and any involvement they had with the Vatican Observatory, please contact me!