Between the sculpture and the library is this example of cool architecture: Milwaukee’s Cathedral of St. John the Evangelist.

Do math and science (and astronomy in particular) appear often in public art and architecture?  Ever since Br. Guy invited me on board “The Catholic Astronomer” I have had my eye and camera out for such public math and science, because it seems like great subject matter for the blog.  Clear instances of public math and science (versus, say, something like generic stars on the ceiling of a building) have turned out to be rarer than I was expecting.*  However, some can be found in Milwaukee, Wisconsin.

My wife and I spent a day walking around Milwaukee this summer, and during our walk we came upon an interesting sculpture located just west of the corner of W. Prospect and E. Odgen streets that featured an artistic rendition of the Earth and planets.  It was fun to come across that bit of science on display, but then a little later we found some exquisite astronomical art in the public library.  And yet later still came the really big surprise—an interesting mathematics-themed mural (or giant billboard) located just south of the corner of 4th and Wisconsin streets.  Yes, mathematics!  Considering how even the most basic mathematics can be treated as unmentionable, I was really impressed by this.

Photos and more information are below.  Scroll down, enjoy, and—if you have the opportunity—go to Milwaukee and check these out yourself.

Sculpture near the corner of W. Prospect & E. Odgen streets.  Earth (with the location of Milwaukee highlighted) and planets are represented.  The sculpture is by Jill Sebastian and is titled “Eclipse.”

Details on the “Eclipse” sculpture include representations of the phases of the moon and of an eclipse.

Milwaukee’s beautiful public library (the interior is as nice as the exterior). 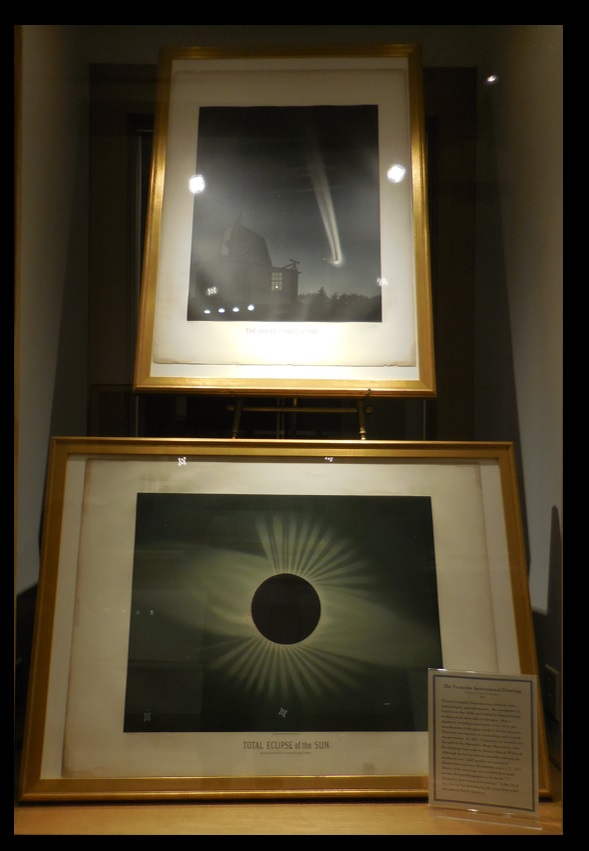 A display of astronomical drawings by Étienne Léopold Trouvelot at the Milwaukee Public Library, from the library’s Richard E. and Lucile Krug Rare Books Collection.  Trouvelot served on the staff of Harvard observatory in the late nineteenth century (he is infamous for introducing the gypsy moth to North America). 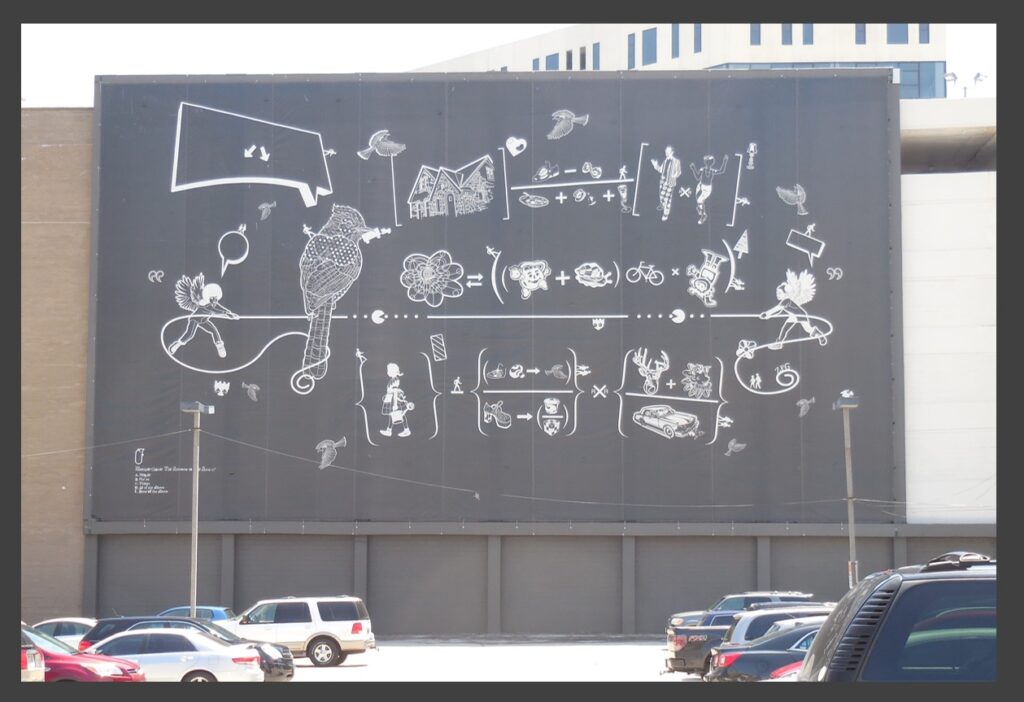 The mathematics-themed mural by Reginald Baylor near the corner of 4th and Wisconsin streets.  It has the lengthy title “The Answer to the Area… A.) Persons B.) Places C.) Things D.) All of the Above E.) None of the Above.”  Addition, subtraction, multiplication, division, raising to a power, order of operations—all are suggested here.  Mathematics in public!  I thought Public Displays of Mathematics were banned by law in most states.  Good for Milwaukee and Wisconsin!!

*It is funny how we learn something about our surroundings when we start looking carefully for something—scientists have this experience a lot.