Blogging for “The Catholic Astronomer” has prompted me to keep my eye and camera out for instances of math and science (and astronomy in particular) appearing in public art and architecture, because that seems like great subject matter for the blog.  Instances of public math and science (by this I mean something more than generic stars on the ceiling of a building) are rarer than I was expecting when I first got the idea to blog about them.*  However, as noted in a previous post, I found some in Milwaukee, Wisconsin.  And, in November I found this interesting objet d’art in Minneapolis, Minnesota: 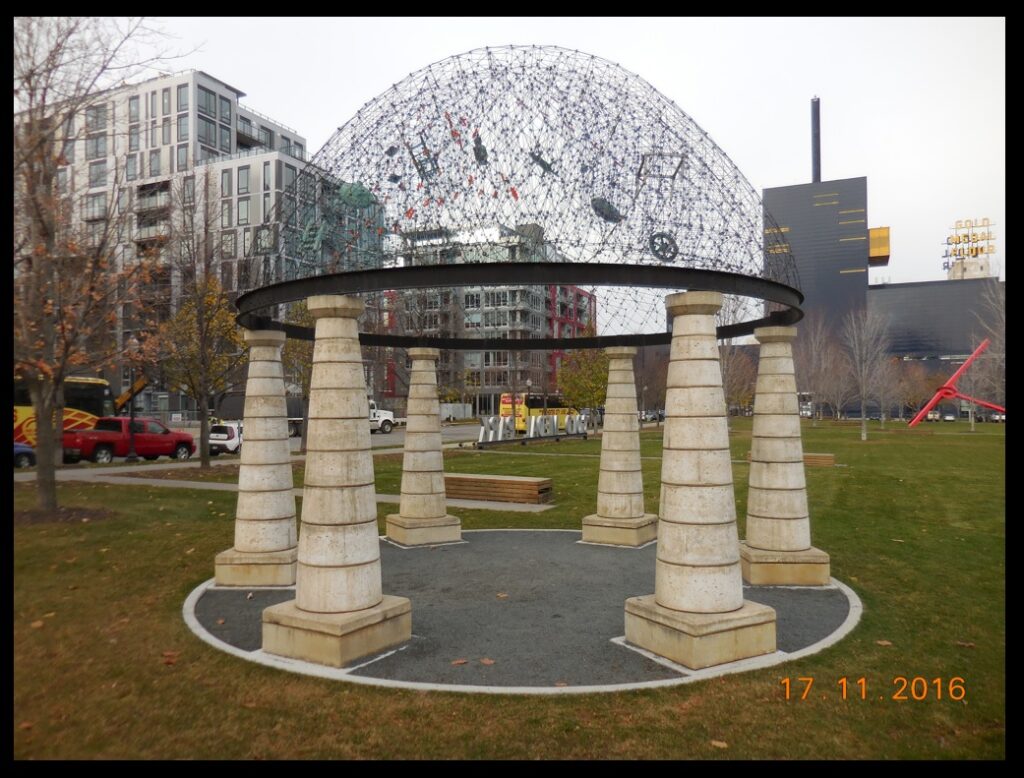 It is titled “Prophecy of the Ancients,” a 1988 work by Brower Hatcher.  According to the Walker Arts Center in Minneapolis,

In his stone and steel-mesh sculpture…, [Hatcher] melds the logic of an engineer with a visionary’s impulse to transcend time and space.  A futuristic dome, composed of thousands of flexible wire polyhedrons, rests atop six mock-Egyptian columns in a blend of ancient and modern architectural styles. Embedded within the structure and seeming to hover in space are an assortment of common objects and abstract forms: a table, a ladder, a chair, a turtle (whose patterned shell recalls the gridded structure of the dome), random letters, numbers, discs, and dashes.  Hatcher offers up these private symbols for universal interpretation, as viewers are inspired to construct their own meanings from the galaxy of images suspended above them.

The “zodiac” as seen from under the dome.

Was Hatcher intending to represent the sky with this?  Well, if he was not, he lucked into it.  Intentionally or not, with his “zodiac” of objects and oodles of “stars” where the wires join together, he produced a pretty cool if abstract representation of the sky. 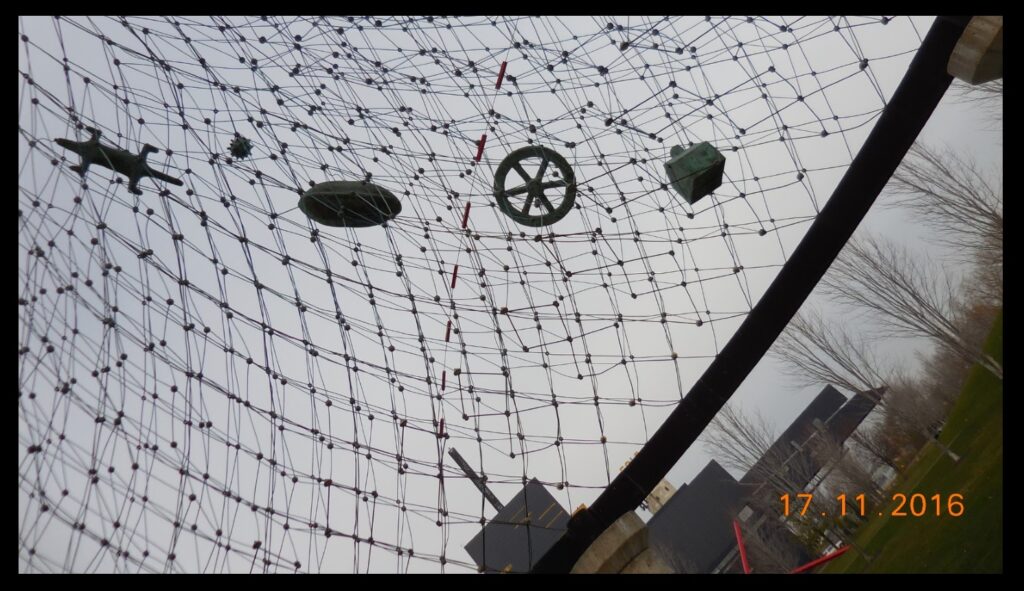 A larger image of part of the “zodiac” of “constellations.”

*It is funny how we learn about our surroundings when we start looking carefully for something.  Scientists have this experience a lot.