I always keep an eye out for instances of math and science (and astronomy in particular) appearing in public art and architecture, because that stuff seems like great subject matter for this blog.  Readers may recall previous “Astronomy in Art & Architecture” posts for Milwaukee (Wisconsin), Minneapolis (Minnesota), and Covington (Kentucky).  Generally speaking, instances of public math and science (meaning something more than generic stars on the ceiling of a building) have turned out to be rarer than I would have expected before I started looking for them.

But this past March I found an instance of public math and science in a place I hardly expected—the airport in Newark, New Jersey.  There, amid the fluorescent-light-illuminated steel gray and beige surroundings of the airport, were large, colorful paintings featuring air-and-space themes.  These were a most welcome sight!  They also included some material that was pure astronomy, and even some that was history of astronomy.

Two of these wall paintings are shown below.  If you ever have a five-hour layover in the Newark airport, go see if you can find them.  Bravo for the Newark airport for having some public art that features math and science.

One of the air-and-space paintings in the Newark airport that features a little astronomy content. 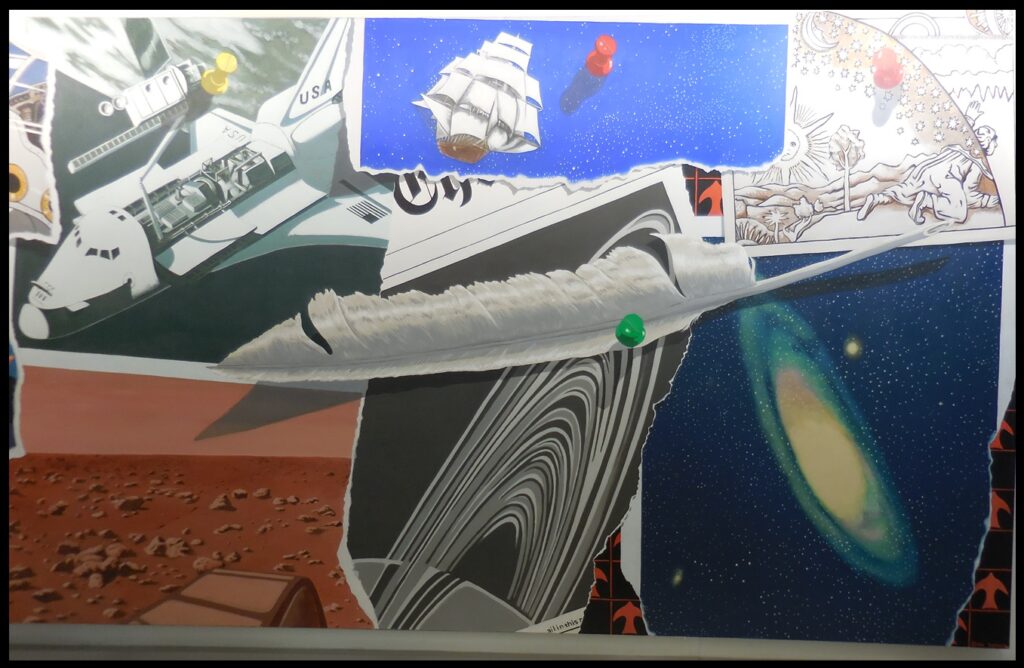 The right-hand side of the painting features Mars, Saturn, and the Andromeda galaxy. 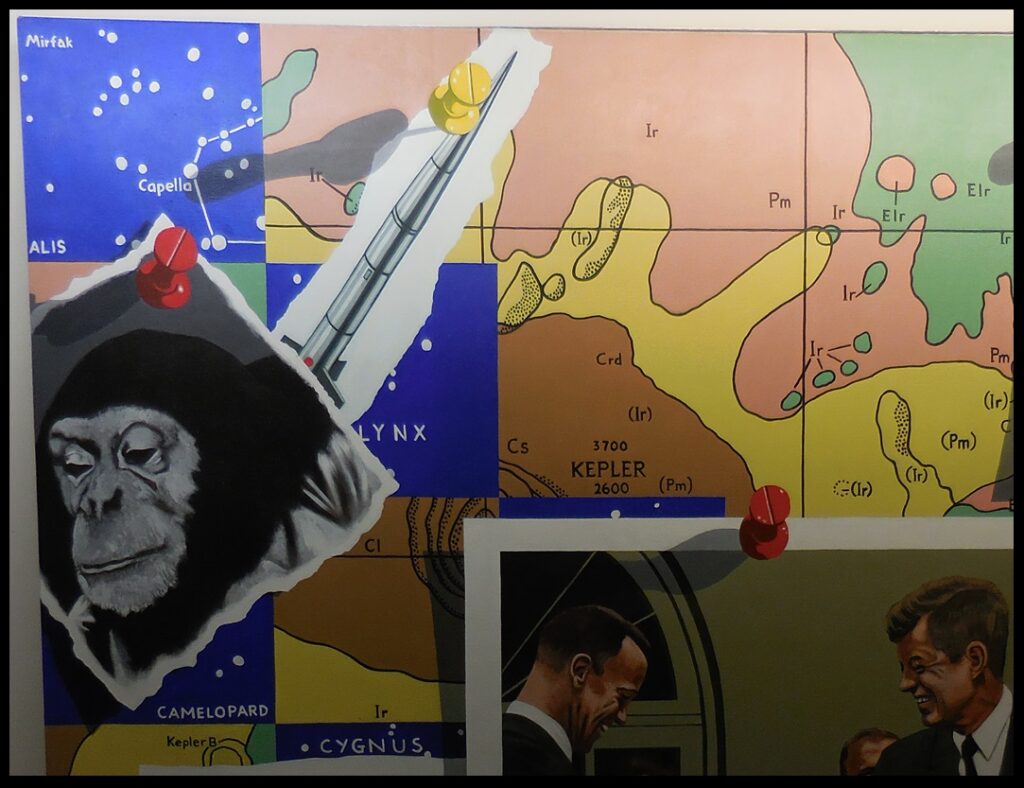 The left-hand side of the painting features constellations, and what appears to be a portion of a moon map showing the crater Kepler. 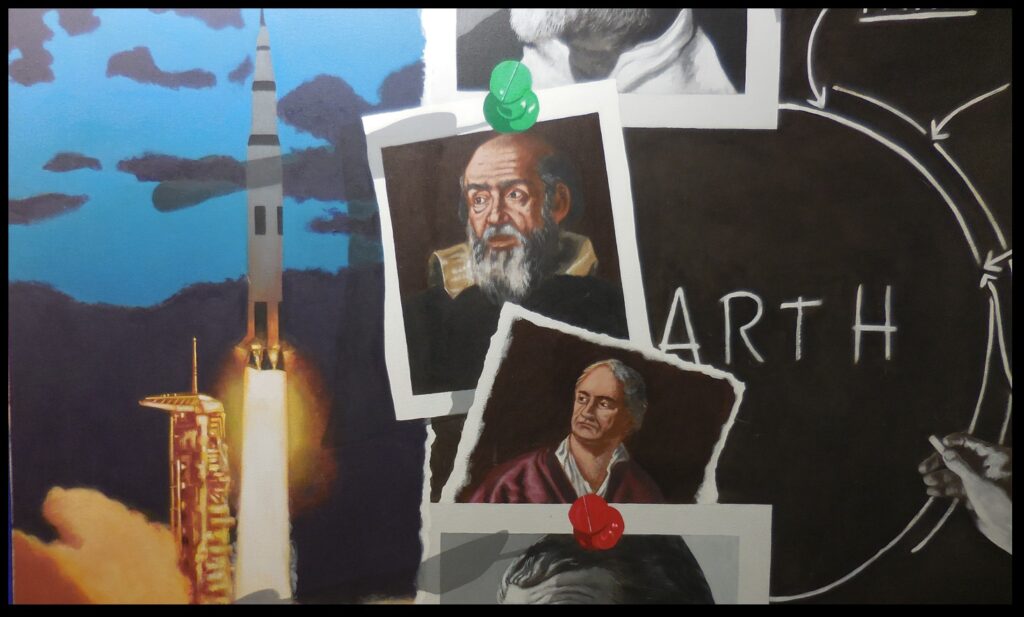 Is that Galileo in the center of this painting?  It just might be!

One of the terminals of the Newark airport.  A little color, a little art, is a wonderful thing to encounter when one is spending hours between flights in an airport!