Do you ever look around for examples of astronomy in art and architecture? I particularly enjoy finding examples of such things—especially if the astronomy in question is more than something like just generic “stars on a ceiling”. (Click here for other posts on Astronomy in Art & Architecture).

A wonderful example of astronomy in art—indeed, of a sort of functional astronomical art—is the Kentucky Vietnam Veterans Memorial in Frankfort (Kentucky’s capital). The memorial is a giant sundial. Its purpose is to honor Kentuckians who died in the Vietnam War, both collectively and individually. In doing so, it also teaches a little bit about astronomy, and it even draws a connection to the Bible. 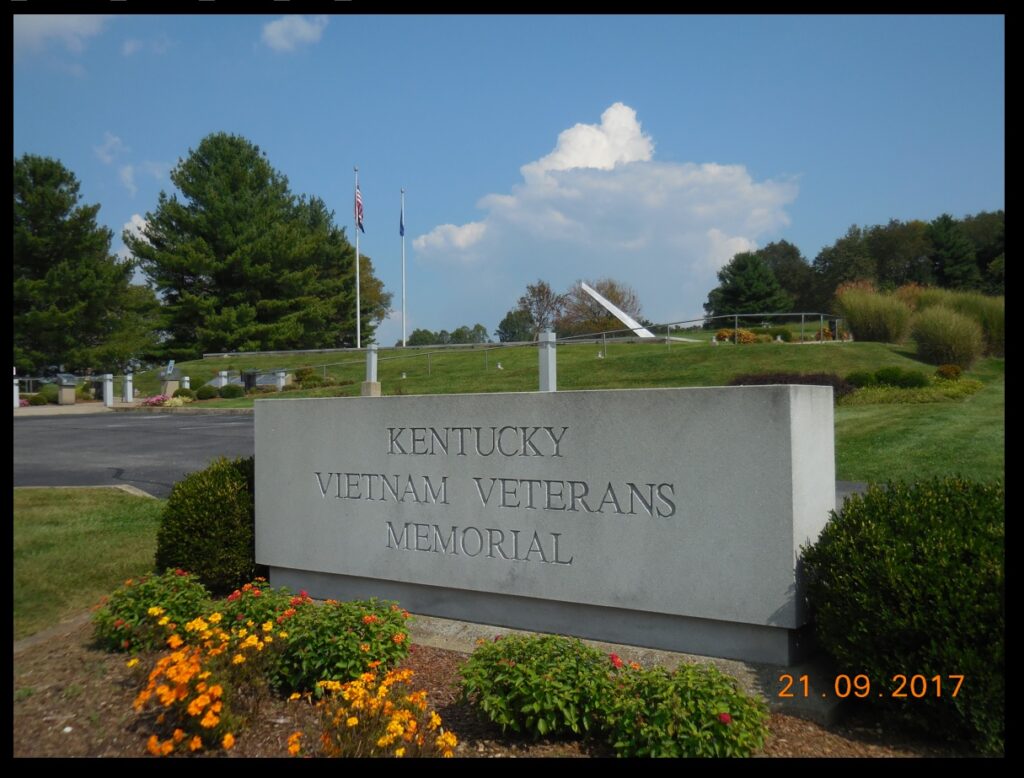 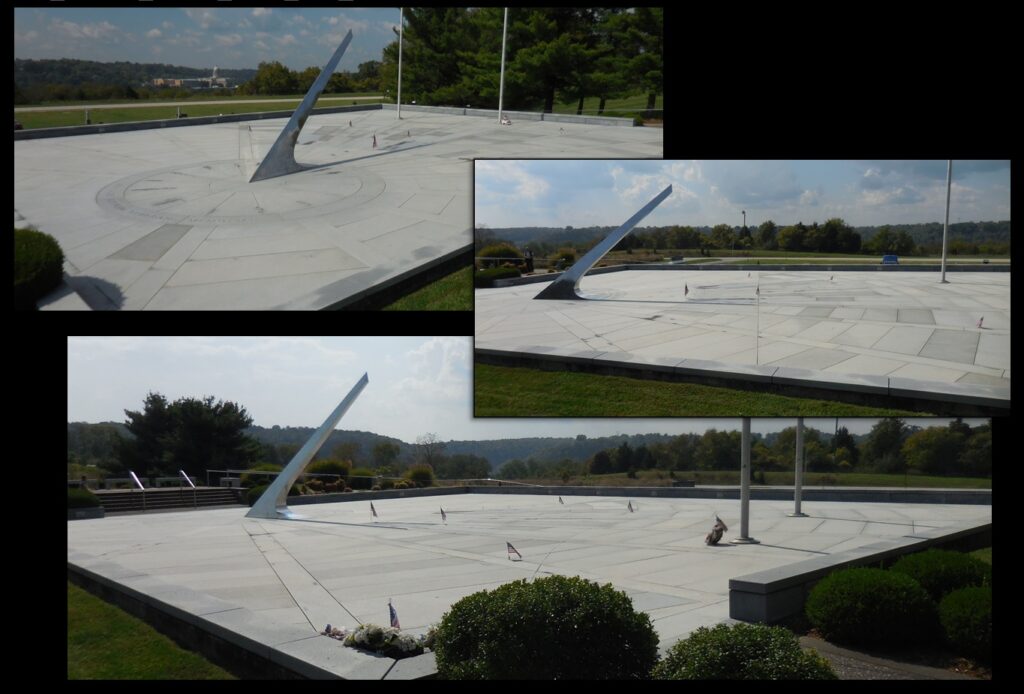 Names of veterans are inscribed on the stone surface upon which falls the shadow of the sundial’s gnomon (the large central silver pointer). 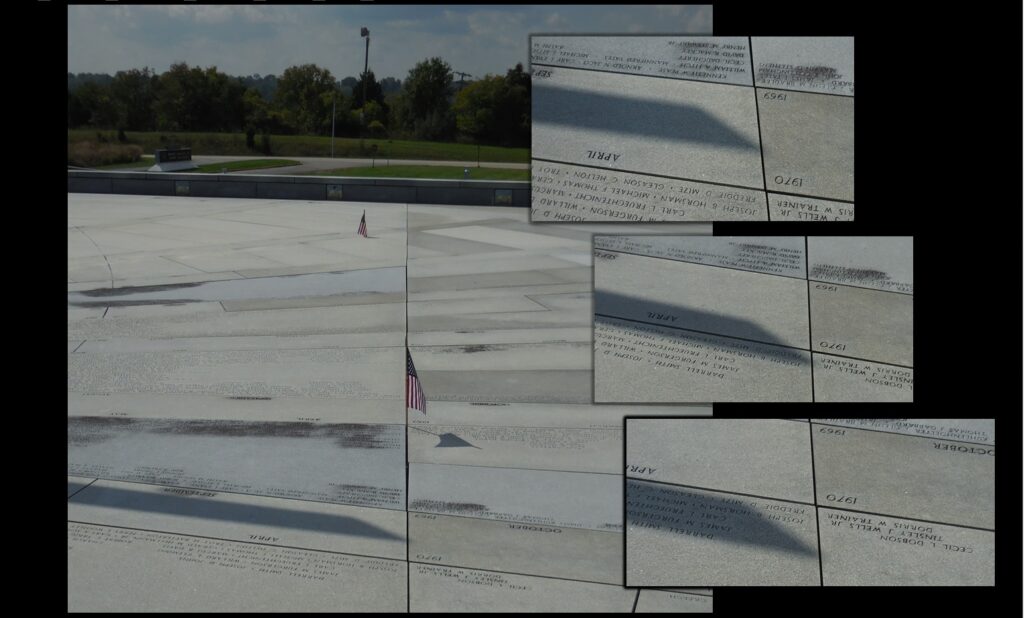 The shadow lines on the memorial also indicate the seasonally changing position of sunset, from winter solstice (left), to equinox (center), to summer solstice (right).

Biblical verses, from the third chapter of the book of Ecclesiastes, also call to mind time and seasons.

If you are anywhere near Frankfort, Kentucky, on a sunny day, make the trip to see the Kentucky Vietnam Veterans Memorial. This piece of astronomical art is worth the effort to see.