Sometimes you find the night sky where you least expect it. When I began writing for Sacred Space Astronomy / The Catholic Astronomer I started keeping an eye out for examples of astronomy in art and architecture. Those examples have been far less common than I would have guessed. So I was pleasantly surprised to find the sun, moon, and stars all represented in art—all in the sink of a Mexican restaurant! 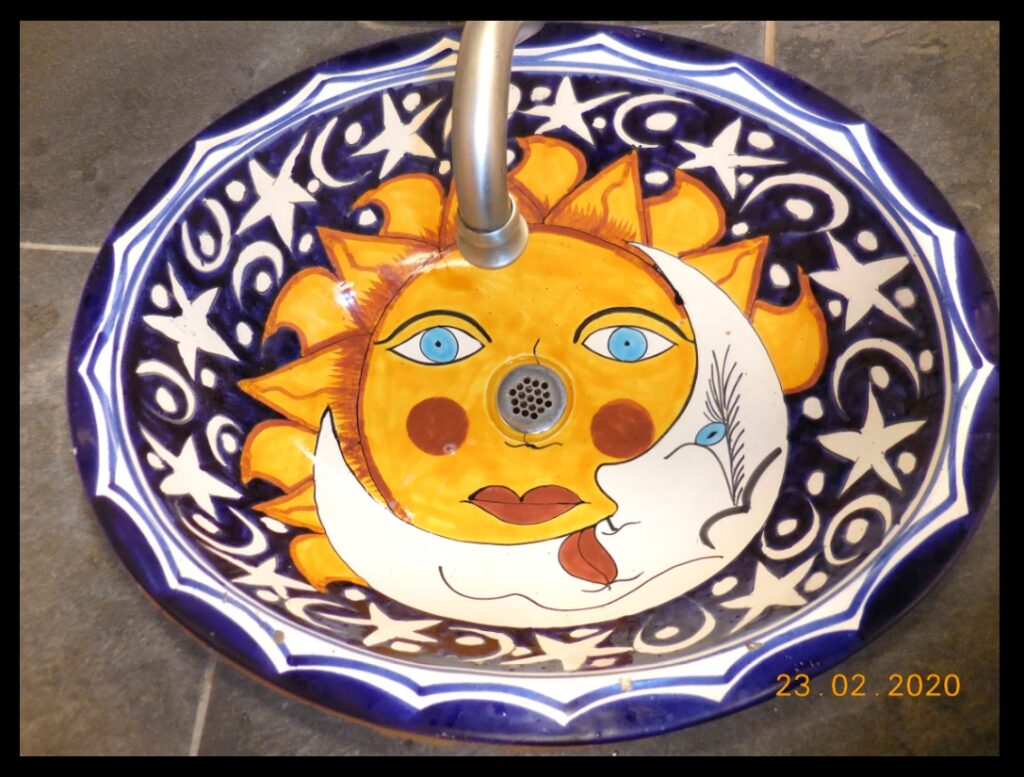 Who expects to look down into a sink and find the sky there? The answer to that question might be “more people than you think, Graney”, because a few months after seeing the sink pictured above, I ran into another sky sink, pictured below. This was at a different Mexican restaurant (yes, I am a big fan of Mexican restaurants). 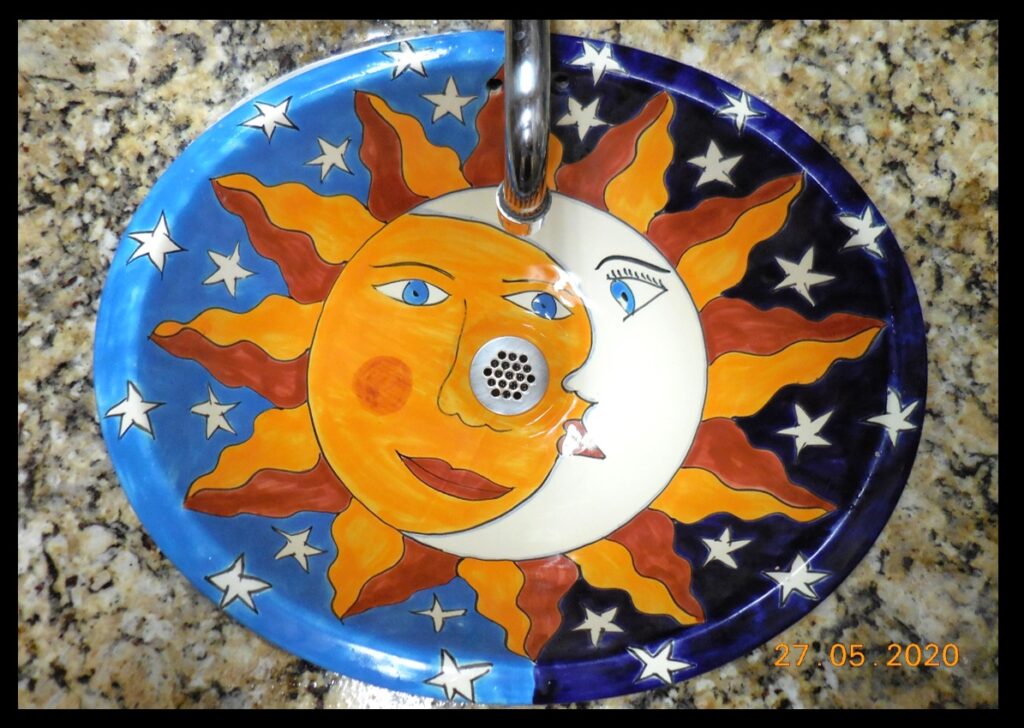 The artists who created these sinks did not aim for a “realistic” depiction of celestial bodies. In particular, the first sink shown here has little crescent shapes with dots embraced within the crescents—a configuration that never occurs in the sky. Nevertheless, these sinks represent all the heavenly bodies visible to the eye: the blazing sun, rosy-cheeked in both depictions; the crescent moon, shown in both sinks with long eyelashes; and stars (I am taking the historical view and counting the planets as “wandering stars” here).

While the artists may not have aimed for a realistic depiction, one of the sun depictions hints that its artist might have known a little more about astronomy than the average person. The first sink’s depiction of the sun includes, inside the fiery blazes spreading out in all directions that are so common in representations of the sun, a sort of orange “grass” around the edge of the solar disk itself. This looks a lot like the solar spicules that I have seen in Hydrogen-alpha images of the sun. 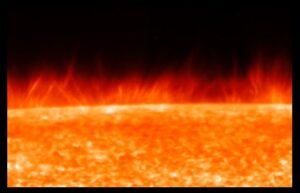 Solar spicules in a NASA image.