Here is another “Astronomy in Art & Architecture” discovery (click here for all the “Art & Architecture” posts): St. Joseph Church in Leitchfield, Kentucky (Diocese of Owensboro, Kentucky, USA). St. Joseph is just off the main square in Leitchfield, and it invites the passer-by to stop in and take a look. Hey, if you were touring through a small town in Italy you would want to make a stop in the town church, so of course you want to do the same thing when touring through a small town in Kentucky! 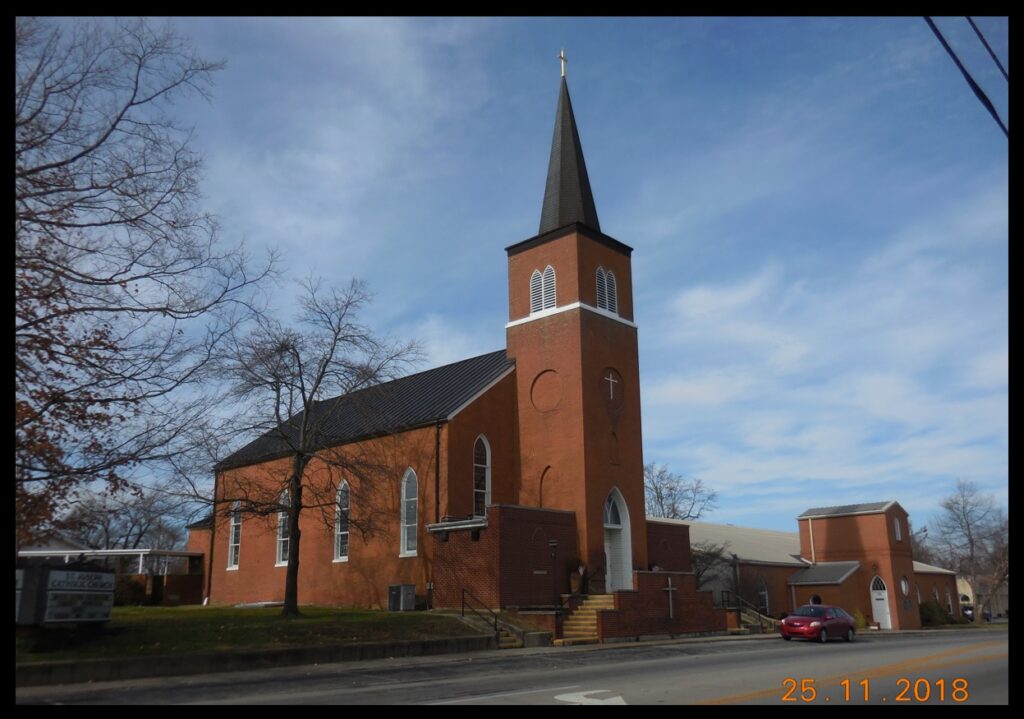 Above the altar in St. Joseph, which is a lovely church to stop in and see, is a painting of the death of St. Joseph. According to the book Freely You Have Received, Freely Give: 75 Years of the Diocese of Owensboro Kentucky, this painting came from the cathedral in Bardstown, Kentucky—this being the cathedral when Bardstown was the seat of the first inland diocese in the US (the Diocese of Bardstown having been formed at the same time as the dioceses of New York, Philadelphia, and Boston; the seat of the diocese was eventually transferred to Louisville, Kentucky). Freely You Have Received says that the exact age of the painting is unknown, but it dates to at least 1850.

The painting portraying the death of St. Joseph

And, painted on the ceiling above the painting, is a very cool little constellation of stars, shown below. I think this constellation is particularly interesting in how the stars are painted with differing magnitudes and colors. This painting seems not to be intended to be realistic, but nevertheless it is a fair representation of stars as seen by the naked eye. It is interesting that the colors are reasonable approximations for cooler, redder stars like Antares or Betelgeuse, and hotter, whiter stars like Sirius. The mottled background is interesting, too—like the stars are being viewed on a day that is not perfectly clear. My guess is that the artist who painted the constellation had done some stargazing. 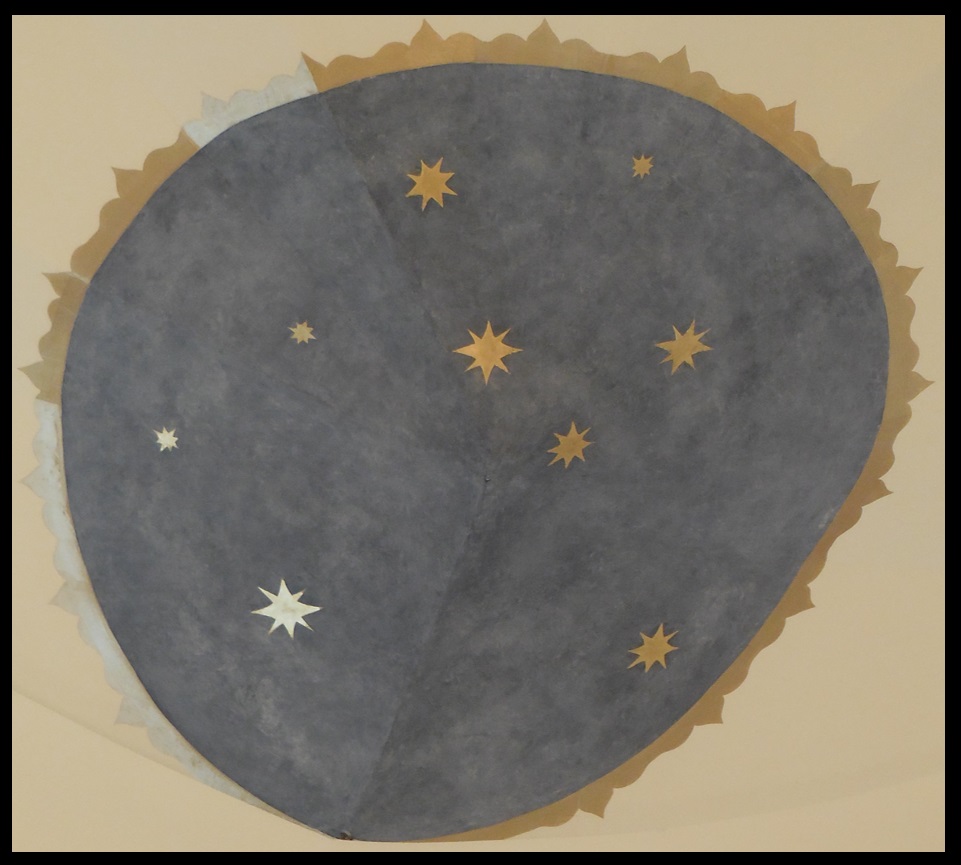 The constellation of stars on the ceiling of St. Joseph

Is there any symbolism or other meaning—religious, artistic, or otherwise—involved in this constellation? Readers of The Catholic Astronomer, do let us know if you can see any such thing in these stars!

Believe it or not, there is a connection to be found between these stars in St. Joseph Church in Leitchfield, and the Vatican Observatory, and even the governor of Kentucky! St. Joseph is the old home parish of Fr. Richard Meredith, who in 2017 was the pastor of Sts. Peter and Paul church in Hopkinsville, Kentucky. Hopkinsville was the point of greatest eclipse during the 2017 solar eclipse. And Br. Guy Consolmagno, Director of the Vatican Observatory, spoke at Sts. Peter and Paul the day before the eclipse, at the invitation of Fr. Meredith. And when Kentucky’s governor, Matt Bevin, heard that Br. Guy was in the area, he sought him out, travelling down gravel backcountry roads in his SUV with a State Trooper to escort him, to find the remote location where Br. Guy was observing the eclipse. So there’s the connection!

Indeed, perhaps looking at these stars is part of why Fr. Meredith developed an interest in science. And, perhaps, were these stars not painted on the ceiling of St. Joseph, then Fr. Meredith might not have been so science-minded, and might not have ever thought to invite Br. Guy to Hopkinsville. And then Br. Guy might have ended up viewing the eclipse from some lesser location than Kentucky (any location not in Kentucky qualifying as lesser). And then Gov. Bevin would have never met him, and the pictures below would not exist!