Those readers of The Catholic Astronomer who have been following this blog for a while will be familiar with my “Art & Architecture” posts (click here for all of them).  When I first began writing them, I had the idea that astronomical themes would be easy to find in art and in architecture if I kept my eyes open.  But I have found that in fact astronomy in art and architecture is less common than I expected.  So when I was in Cincinnati visiting the Cincinnati Observatory (the subject of two recent posts), I was happy to discover St. Rose Church and its ceiling of stars. 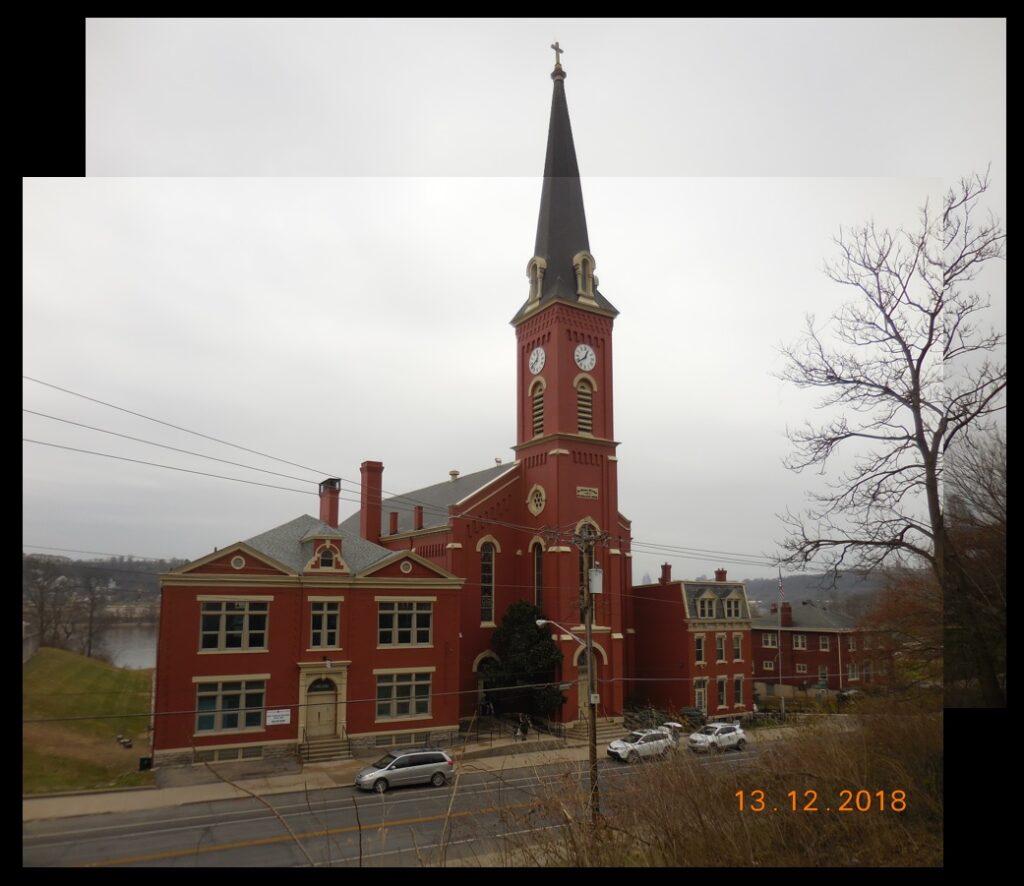 St. Rose Church, Cincinnati, Ohio.  The Ohio River is visible behind the church.

St. Rose sits on the north bank of the Ohio River, just a bit upstream from downtown Cincinnati.  On the outside of the church is a plaque that reads, in the German language of the immigrant community that the church first served, “St. Rosa Kirche, Errechtet A.D. 1868”—“St. Rose Church, Erected A.D. 1868”.  On the inside there is much art and architecture to see, but what really catches the eye of an astronomer is the half-dome ceiling of stars that forms a canopy above the main altar. 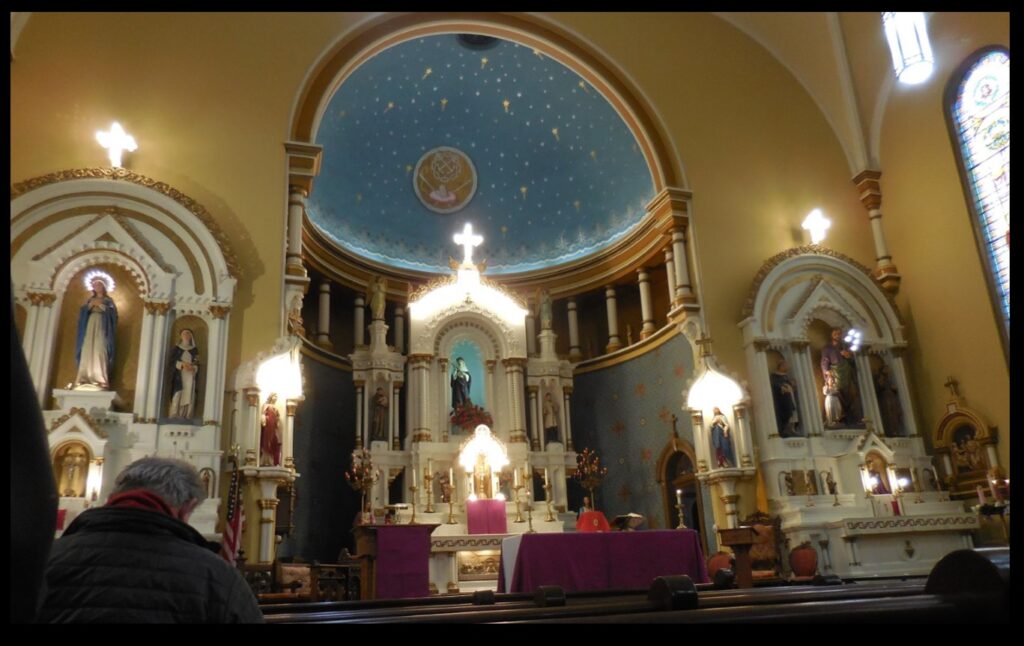 The front of St. Rose as seen from the pews.  This photo was taken on a cloudy day before noon mass in relatively low light, and the various alcoves in the church are illuminated, so the illumination really stands out.

The stars of St. Rose are not a particularly realistic depiction of the heavens: they are all five-pointed, which is not realistic, and they are too densely packed together to be realistic.  But they do have differing magnitudes and colors, which is cool.  And what really caught my eye is how the larger, gold-colored stars are all depicted as having three golden rays emerging from them.  These rays are all directed away from the “zenith” of the half-dome.  I cannot recall having seen this in depictions of stars before.  It is very eye-catching.  Maybe that’s the point.  Or, maybe the rays represent something else, and this astronomer has missed the point.

Closer photos of the starry half-dome.  Note the trio of rays emerging from each of the larger, golden stars.

Whatever the point the artist who painted the stars was trying to make with the rays, if you are in the area, check out the stars of St. Rose! 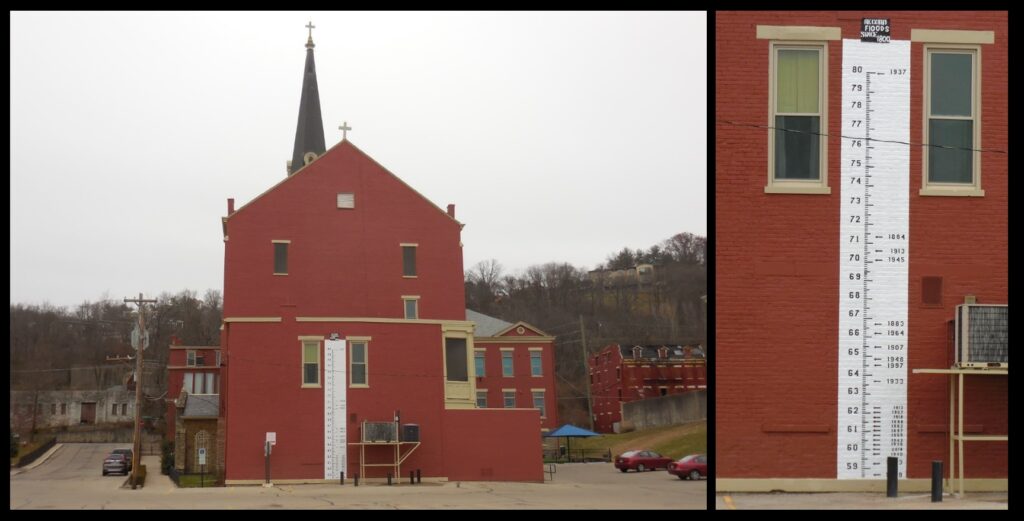 Another interesting and slightly “science-y” thing about St. Rose is that, since it has been sitting on the banks of the Ohio since 1868, it has seen a lot of floods, and there is a big flood gauge painted on the back of the church, with the levels of record floods marked.  In other words, there is a big measuring instrument and data record, if you will, on the back of the church, one that lots of people see!  Note the 1937 flood mark.