Dr. Robert J. Nemiroff is co-creator of the award-winning Astronomy Picture of the Day (APOD) website. While visiting with friends in Michigan’s scenic Keweenaw Peninsula, I stopped by the Michigan Tech campus, and spoke with Dr. Nemiroff in his office. Waves of nostalgia washed over me as I arrived at Physics Department in the early afternoon, Dr. Nemiroff was working on the 2017 APOD calendar as I was escorted into his office.

The APOD website debuted on June 16, 1995, when the Internet was a shiny new thing, and just starting to spread throughout and businesses and homes. The APOD predates Google – the earliest posts were made before the introduction of the HTML

tag. At that time, Dr. Nemiroff was rooming with Jerry Bonnell at NASA Goddard; they wanted a way to show the public the awesome imagery coming from earth-bound observatories, space telescopes, robotic probes, and the like. They asked NASA if they could do that via a website. NASA pretty much said: “We WANT the public to see this stuff.” After finding out the requirements for image copyright and use, they started posting, stopping only briefly during the 2013 sequestration – even then, the APOD mirror sites continued unabated.

When I asked Dr. Nemiroff if he’d had any astronomy courses in school, he said that he had one session in junior-high/high school, and maybe one in elementary – which is typical of the response I get from nearly everyone I ask.

I asked him “How did you get into astronomy?” He told me he’d been interested since second grade; he remembers being able to recite the names of the planets faster than any of his classmates; I smiled, waved my left hand above my head, and pointed to myself. In grad school he had an 8 inch refractor telescope. I’m only a few months older than Dr. Nemiroff, so our childhoods were right in the middle of the Space Race, and I know the effect that had on me!

Dr. Nemiroff was surprised, with all the changes in technology, and the evolution of the Internet, that the APOD has not only remained, but has grown – spawning mirror sites, being translated into nearly two dozen languages, and never running out of interesting material to post. With the recent explosive growth of “Big Data” in astronomy, I doubt the APOD will ever run out! 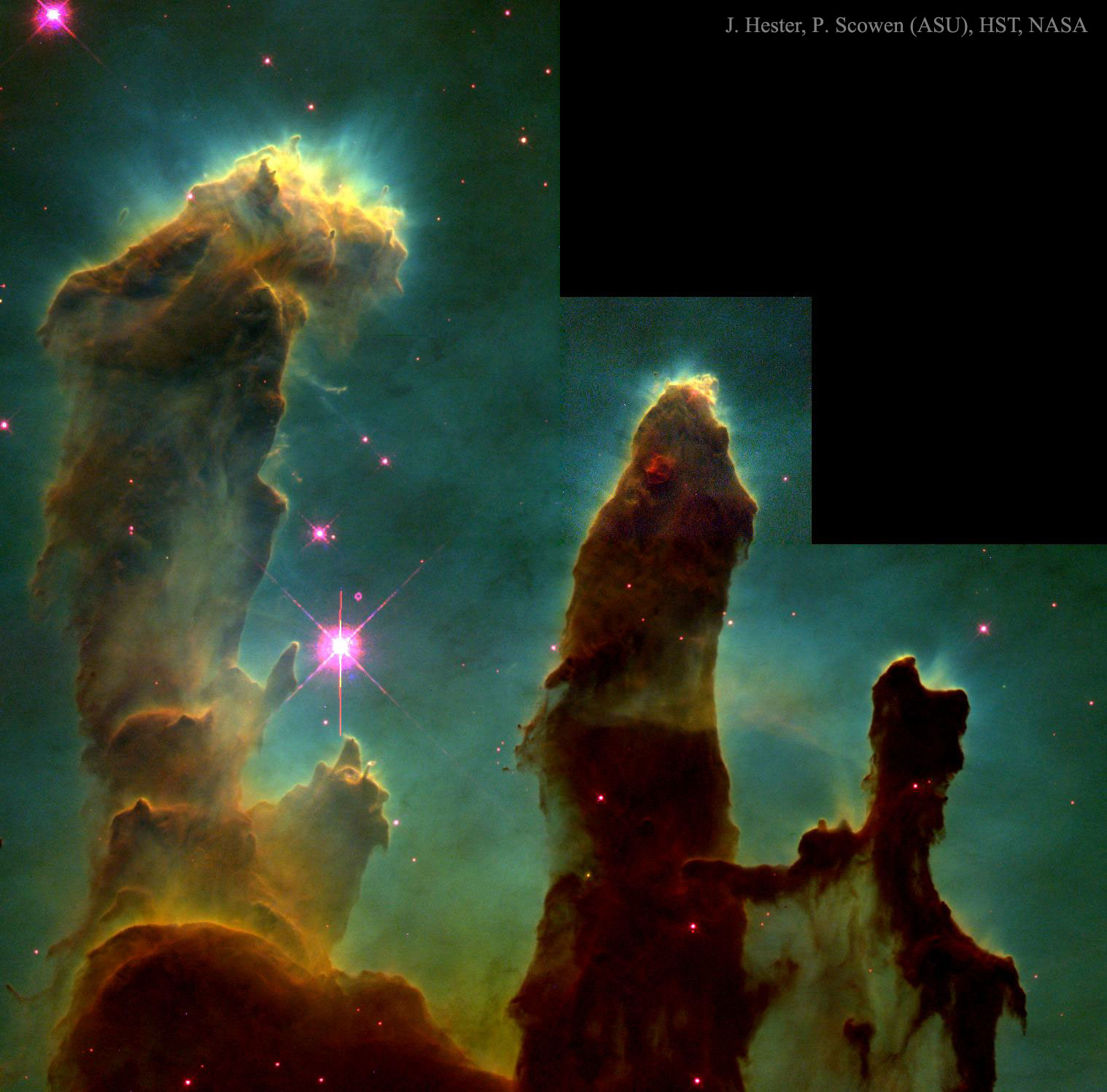 In 2015, Dr. Nemiroff and Dr. Bonnell were awarded the The Klumpke-Roberts Award for outstanding contributions to public understanding and appreciation of astronomy for their work on the Astronomy Picture of the Day.

On the way out, I stopped to browse his bookshelf filled with astronomy books and course textbooks (I may have drooled a little…)
“You want one?” He asked.
“What‽” I blurted.
“I get sent astronomy course textbooks all the time…” he said, rummaging around in a stack of material next the bookshelf. “Yea, here!” He said, handing me a large-format softcover course textbook, still in the see-thru mailer.
Far be it from me to refuse the offer of a free college-level astronomy textbook!

The Astronomy Picture of the Day is simply a fantastic website, and a great way for science teachers to start their student’s day!