The great “walled plain” taking up the upper right quarter of this image is Ptolemaeus (158km dia.) with the more recent crater Ammonias (9km) prominent on its northern floor. Most of us lunar observers knew this latter crater as Lyot when we were kids. That name has now been given to a crater on the southeast limb. Above Ptolemaeus is the smaller crater Herschel (43 km) with its slumped walls and complex infilling. Then below is Alphonsus (121km) sporting dark haloed craters on its floor. The crater Davy is the shallow 21km diameter crater near the inset image with Davy A (15km) on it’s southeastern (lower right) wall. Catena Davy can be seen as a string of craterlets some 50km long, just left of center to the northeast of the crater on the floor of the crater Davy Y (70km). The inset (spacecraft) image shows some of the craterlets in the chain near the eastern wall of Davy Y that were named in 1974 during mapping of this area. Their sizes are:
Susan 1.0km
Osman 2.0km
Priscilla 1.8km
Alan 2.0km
Delia 2.0km
Harold 2.0km

All of them can be identified in the larger image. This catena is cited as an example of an impact of a tidally disrupted body, similar to the SL9 impact on Jupiter, but because of the much slower rotation of the moon they occurred much closer to each other and make a handy scale for measuring resolution on the Moon! 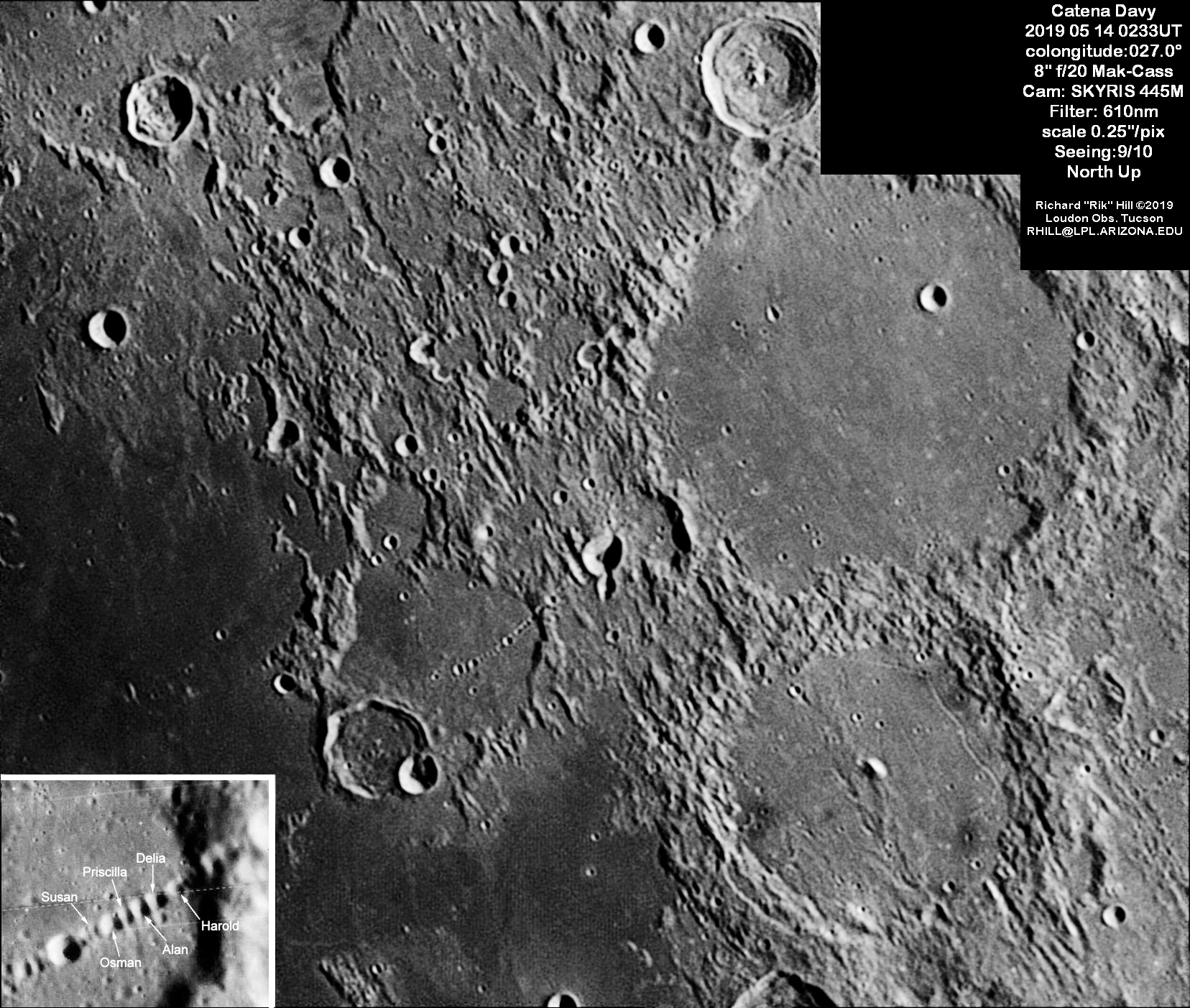