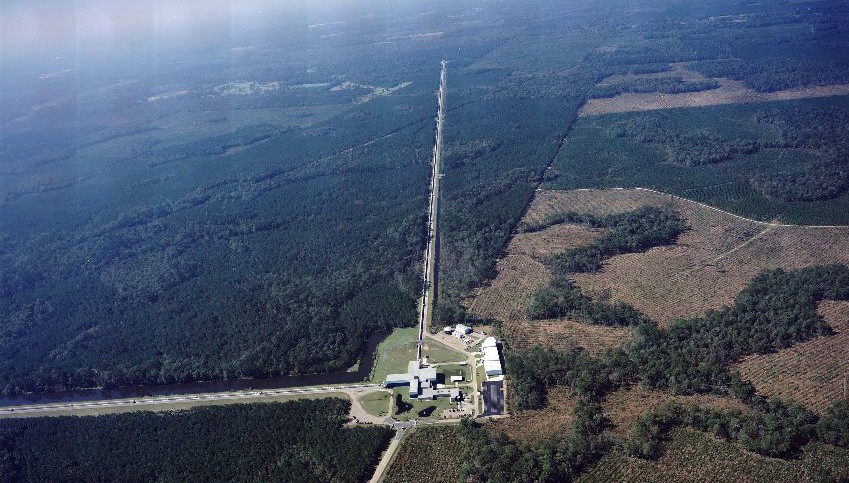 How do you explain gravitational waves to someone who is not a scientist?  This question has obviously been well vetted by the scientific community since I, a non-scientist, have been able to follow (for the most part) the explanations of what appears to be one of the most significant discoveries of our time.  Though the name “gravitational wave” evokes the image of a pebble being dropped into a pool of water, sending out gentle ripples through the universe, I am drawn to the “musical” aspect of these disturbances, intrigued by scientists who speak of “hearing” a “beat” in these waves.  (I presume this is a different type of hearing than what we experience on earth since sound waves cannot be heard in space.)

As someone who’s first education after high school was in music, this idea that there is a type of “music” to the universe is both attractive and familiar.  When studying music history, my classmates and I learned of how ancient cosmology marveled at the mathematical proportions of space, thinking of our cosmic home as a series of massive spheres that rotate around the Earth.  The math of stars greatly influenced music theory and led to the mentality that there was a true “harmony” in creation, expressed in some of the greatest pieces of music ever written.  If you would like to read more about this, I offered a blog post last October entitled, The Music of the Heavenly Spheres: Exploring humanity’s perpetual curiosity with the “sights and sounds” of space.

As part of that reflection, I posted a TED video by Dr. Janna Levin, explaining the “music” the emanates form gravitational waves.  In this presentation, Dr. Levin shared her team’s computer models that simulate the coming together of two supermassive black holes and the rhythmic pulse that would emanate from these objects, “beating like a drum” on the fabric of the universe.  Below is her presentation.

Now, if you watched the presentation, the “music” that we discover is far from a Bach Motet or Beethoven Symphony.  However, what stands out to me is that as old ideas are discarded as foolish, such as the idea of harmonious music emanating from the celestial spheres held by the ancient world, advancements in our understanding of the universe often revisit ideas of the past and show them to be not as crazy as once thought, just victims of the limits of human knowledge at that point of history.  I can only image the joy that Dr. Levin experienced when the captured sound of the first observed (or listened to) gravitational wave was similar to the sound her team had speculated would come from the merging of two black holes.  Below is a digitally altered clip of the “beat” from a gravitational wave.

Now, there is one clear difference between the sound that was discovered by LIGO and the sound presented by Dr. Levin.  In Dr. Levin’s presentation, the sound was a long, slowly increasing beat that ends with a quick “up-tick” in the frequency before ceasing abruptly.  The LIGO sound seems to only have the final ascending “rip” when the two black holes combine.  Is the pulse hidden within this brief blip?  Since the LIGO team will be able to increase the sensitivity of their detector by about 27 to 30 times, could the slower pulsing still be hidden, similar to the bottom of an iceberg that lays beneath water and what we have heard is the “tip” of this vibrating wave?  I do not understand the science of LIGO well enough to offer a clear answer, but what it does tell me is that we have some very exciting days ahead of us as this new way of measuring the universe is refined and applied.

Here is a computer simulation of the two black holes that created the gravitational waves detected by LIGO. The gif animation is from the NPR story about this new discovery. Click here or on the animation to read or listen to the article.

Lastly, you may be asking yourself a question I asked when I first hear about this: Why is this so significant?  Again, I go back to the many scientists who have been sharing this discovery with the world.  Some scientists have compared this to Apollo 11 and humanity landing on the moon.  Others have equated it to Galileo and his first glimpse of our universe through his telescope.  In either case, what history teaches us is that if this is on par with Apollo 11 and Galileo’s telescope, then we are on the precipice of new discoveries about the universe we live in.  If, with time, this doesn’t prove to be on par with some of the more significant moments in the history of science, then we will at least have learned that Einstein’s prediction of gravitational waves were shown to be true, solidifying this great scientist’s place in history.  In either case, we have exciting days ahead.

In conclusion, I have been asking myself, What do I hope will come out of this discovery of gravitational waves?  As a priest who’s hobbies include music, art, and astronomy, my hope is that, just as in other eras of cultural history, this new way of understanding our world will contribute to new expressions of culture and our understanding of the world we live in.  There has been a historic connection between science and the arts, as scientific advancements inspire musicians and artists to express these discoveries upon canvas, in clay, and through music.  Further, I hope these new cultural expressions will help further enrich our understanding of God’s creation, giving us a better glimpse of the Creator as we discover new “fingerprints” of the Divine in creation.  And I finally hope that this will lead all of us to a humble disposition of heart, realizing that we live in a world far more fascinating and marvelous than we can possibly imagine, pointing to a fascinating and marvelous God of whom we seek to understand, serve, and love.

Below is the press conference, announcing the discovery of gravitational waves.  Have a great Monday!