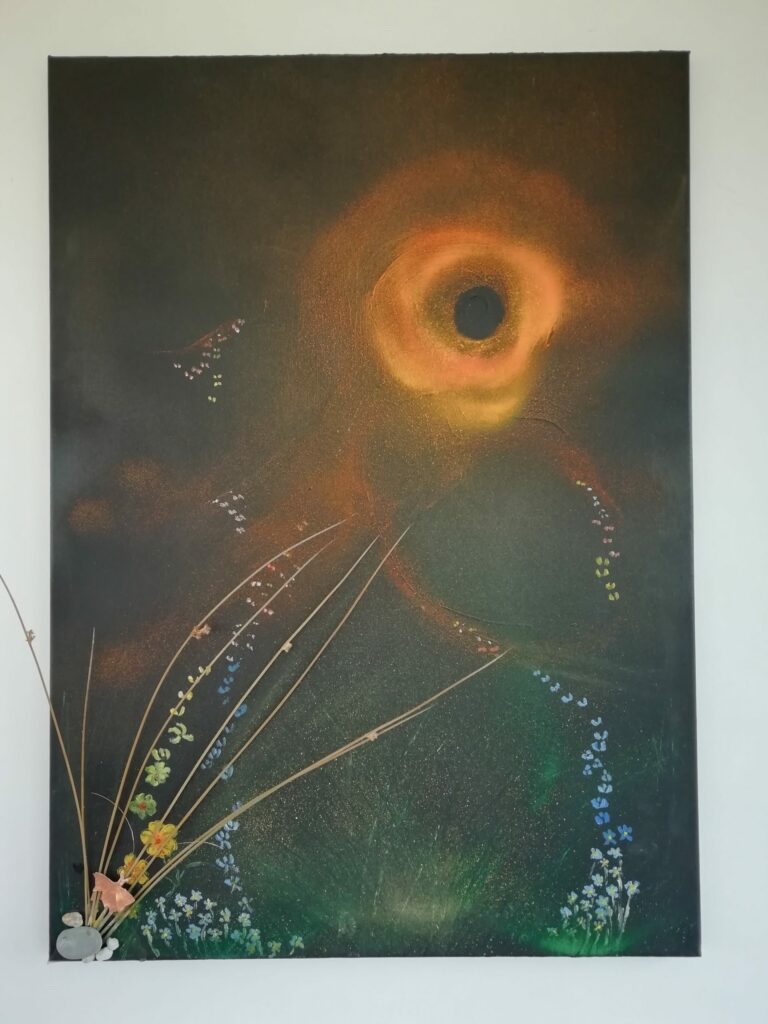 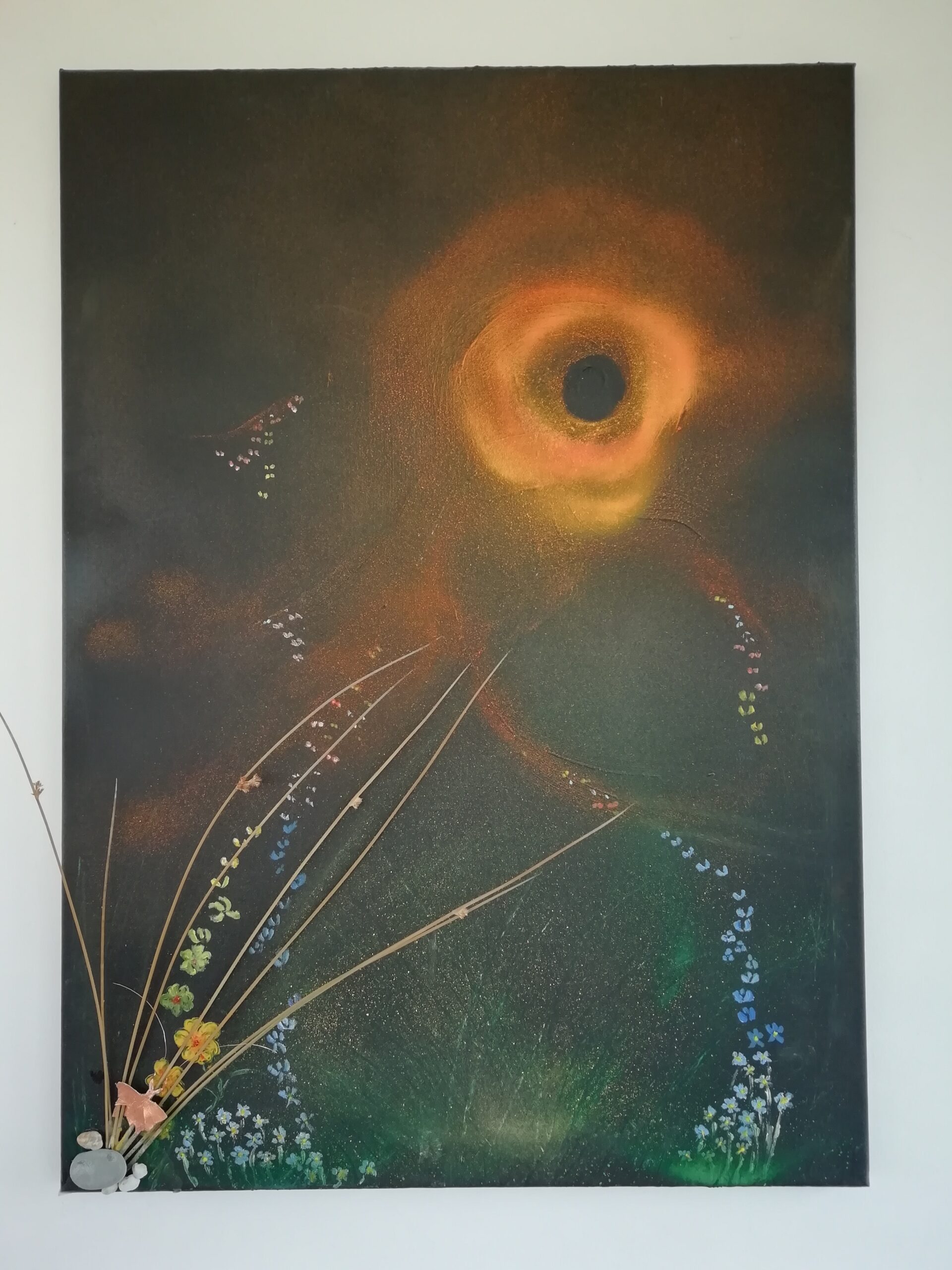 In 2019 I was like many people on Earth, totally struck by the first image we have ever seen of a black hole. It inspired this painting which I began in June of the same year. Very often, an inspiring source will sit in my head until I do something about it. I have a technique of blowing pastel into paint that was useful to help reproduce the image on the canvas. Here is that image

This particular black hole is in the centre of M87, which is 55 million light-years away. The image produced by the Event Horizon Telescope was a revelation for astrophysicists everywhere. I admire scientists who can image objects this far away and make some sense of them.

As an artist, it hit me, and I decided to run with this idea. I made a dream-like scenario in my head that black holes have a connection to life and living things. Flowers are growing from the bottom of the painting. As they rise, they become altered; they become butterflies. I used stones from the ground to anchor bog rushes from the garden. Nestled in the rushes is a copper butterfly. This is also changed from the organic butterflies we know to a different version, modified by its contact with the power of the distant black hole. Yes, I know this is surreal, but something that is not fully understood can lead one’s mind in several directions. Everything in nature connects to everything else in one way or another. Nature is forever changing,birth, life, death and change all part of the mix.

The more recent image of the same black hole in M87 is inspiring visually. I am planning to use an experimental method to bring this highly textured image to canvas. The original painting has been on the wall since it was created. The bog rushes have altered, changed colour but remain firm.