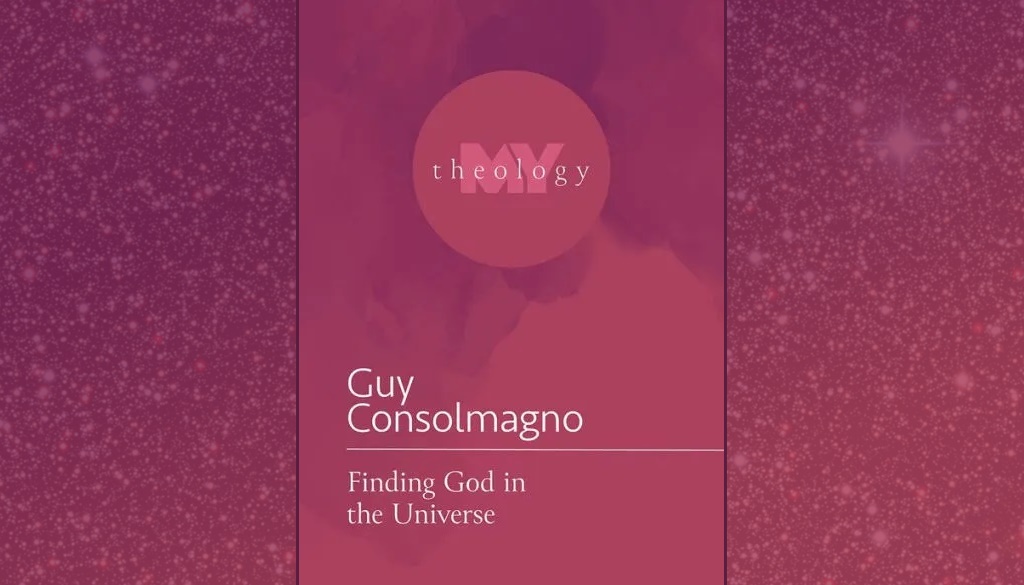 How does a scientist find God in the universe?

A couple of years ago, the British religious publishing house of Darton, Longman and Todd (I checked, they do not use the Oxford comma!) approached a dozen of “the world’s leading Christian thinkers” to each write a short booklet that would explain some of the principal tenets of their theological beliefs. The series was called “My Theology”. And among those invited was our own Br. Guy.

The books first came out in the UK in late 2021 and they are now available in the US as well. To quote from their web site:

Finding God in the Universe is the personal reflection of Br. Guy Consolmagno, who insists that science is more than just observing the universe; it’s learning how to pay attention, how to concentrate on one aspect while setting aside, at least momentarily, all the other interesting aspects that can distract us from a deeper knowledge of the universe—or of God.

In his telling, joy is our compass, truth is our goal, and imagination weaves the story where we situate the joy that leads us to truth. Most importantly, both science and theology are done within a community of fellow seekers, where we share the stories that teach us how to explore, and with whom we can try to make sense of what we think we have found.

The book ends with a series of photographs, which of course they could only reproduce in black and while. So, since we have the originals available, here they are in their full color versions!

In my early 30s, I abandoned science to join the US Peace Corps; here I am by the side of the road to Eldoret, Kenya, in 1984, much slimmer and not as grey as I am today. I had thought studying astronomy was useless in a world of hunger and need. But the Kenyans knew better. They were hungry to learn about astronomy; they did not live by bread alone.

In the mid-1930s, the Vatican installed two state-of-the-art Zeiss telescopes on the roof of the Pope’s summer palace in Castel Gandolfo. This is one is an unusual design called a ‘Double Astrograph’, where two telescopes share one mounting. It was used by a team of astronomer-priests and brothers at the Vatican Observatory to photograph stars and their spectra until the 1980s, when light pollution from Rome had turned the night sky milky white.

Did you ever notice how the crescent Moon is always seen near the horizon at dusk or dawn? The lit side of the Moon faces towards the Sun. This photo, from Tucson, Arizona, shows the Moon curved like the letter ‘C’; the observant astronomer thus knows that the photo was taken early in the morning, just before dawn. On a line between the Moon and where the Sun is about to rise, you can also see another bright dot, the planet Venus. No fancy equipment was needed for this photo; I just used my cell phone camera during a morning walk.

Through even a small telescope, like Galileo had, one can see that the Moon is covered with round craters and the occasional flat dark region. The big fresh crater in this image is the crater Tycho, named after the astronomer whose cosmology was the best rival to Copernicus. Copernicus also has a crater. Both names were given to the craters by the Jesuit priest Fr Giovanni Battista Riccioli. This image was taken by a large refractor (40cm aperture) on the roof of the Papal Palace in Castel Gandolfo.

The sky is full of stars. But in addition, with a big mirror telescope like the Vatican’s Advanced Technology Telescope outside of Tucson, Arizona, you can make out faint clouds of light called ‘nebulae’. This object, numbered NGC 2359 in the New Galactic Catalog (‘new’ as of the late- nineteenth century!), has the nickname ‘Thor’s Helmet’. It is a cloud of gas and dust, the debris of an exploded star, 30 light years across and located 12,000 light years away from us, illuminated by a small but powerful nearby star.

The Helix nebula is a bubble of gas and dust emitted from a dying star; it’s located 660 light years away from Earth. We can tell what gases are present by their characteristic colours, and so we show here three different images taken through red (left), green (center), and blue (right) filters at the Vatican Advanced Technology Telescope outside of Tucson, Arizona. The light emphasized in the red filter image is emitted by hydrogen gas, while the bright parts seen only in the green filter image show the presence of oxygen.

Profile
Book: Turn Left at Orion (Co-Author)
Book: Would You Baptize an Extraterrestrial? (Co-Author)
Across the Universe Post Series

Finding God in the Universe is available at Barnes and Noble, and Amazon.com.