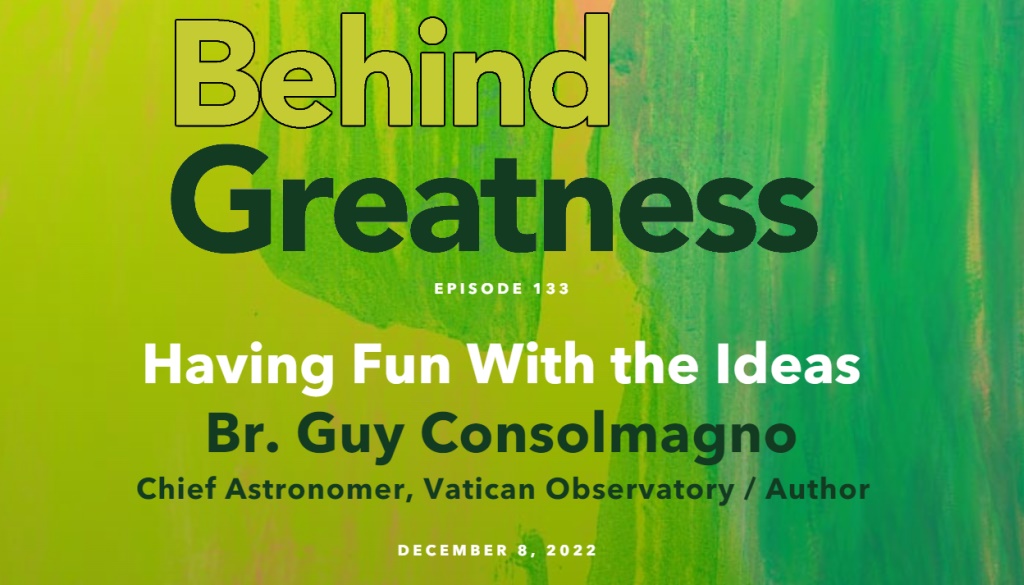 He is often referred to as the “Pope’s Astronomer” as he reports directly to the Pontiff. We learn about his upbringing in Detroit and his early curiosities, getting into science for the wrong reasons, living in Kenya and then coming back to science and eventually joining the Jesuits later in his life. We discuss the importance of the 3 pillars that he must be devoted to: poverty, chastity and obedience – and which of the pillars he has the most difficulty with.

Oh, there’s more. We hear about the marvelous desolation of Antarctica. And we hear answers to questions on the Vatican having an Observatory in the first place, on baptizing Extraterrestrials, on understanding ourselves through the universe and on his childlike approach to exploration. We talk the sparks of joy, the joy of discovery, Bob Dylan, the fun with asking the questions and the fun in spreading the ideas.

26  |  Artemis I Orion capsule splashes down