This week has been a week of travel, with a bit of science and a lot of outreach. I experience a blizzard in Boston and warm, dry days in California; talked about Vesta and ET’s; and met some alpacas…

I arrived in Boston for the Boskone SF convention just before the snow. I also got a morning’s work in, speaking with Cy Opeil at Boston College. He has a lab set up that we’re collaborating with to measure meteorite thermal and physical properties at temperatures down to near absolute zero. The convention was a whirlwind – and that was just the blizzard outside! I actually never left the hotel, given the weather, which meant I stayed warmer than I usually do at that convention.

Monday my flight left on time, and so by Monday evening I was in Merced, California, where over the next three days I gave four presentations at the University of California Merced. Great students, great conversations. I’ve been speaking to their Core I classes for seven years now; one feature of those talks is having dinner with the students and getting to know them. Sharp kids, from a fascinating variety of backgrounds.

Friday I was in Silicon Valley, speaking about Vesta (and talking meteorite physics) at the NASA Ames Research Center. Then I caught the train to Oakland, where I was met by my old Peace Corps buddy Alison Lindquist, who is now the president of the local SPCA. I got to meet a couple of her friends: 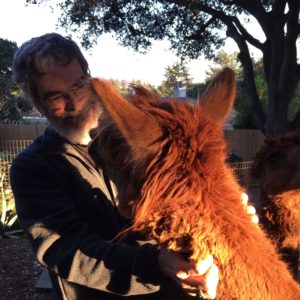 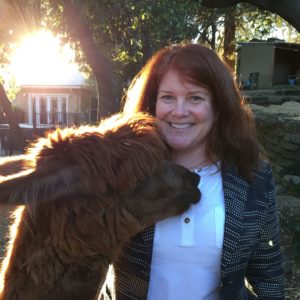 Then she drove me up to the Chabot Science Center for a talk about ET.

The next day I had brunch with an old grad school friend, Cliff Stoll (and his wife Pat), and another Peace Corps buddy, Brooke Smith. Then Cliff drove me back to the Valley to speak to the Merton Society, followed by dinner with Mertonites Mary and Jim and Judy and Judy (again) and…

Tomorrow I head back to Tucson. Nothing on the schedule, except for our big annual meeting on Friday!

I leave this diary with one other wonderful science bit. Father Rich Boyle was on the telescope and got some great images of Comet Lovejoy, which he turned into a little movie clip. Click on this link to see it:

It’s a great illustration of how the ion tail has nothing to do with the direction that the comet moves!