On December 21, 2012, some people held their breath thinking that the world was coming to an end. As you recall, an ancient Mayan calendar was running out of days, prompting some to presume that the calendar was predicting the end of the world. Since you are reading this post, the world obviously did not end. In fact, there was no credible reason for people to have presumed such a thing. There was no Mayan prophecy that predicted this date and the calendar itself contained no foreshadowing of a cataclysmic end. In “the end,” it turned out that the calendar simply needed to be updated after the collapse of Mayan civilization. Sometimes answers are far simpler than we want them to be.

I share this reflection because the conspiracy theorists are at it again. With the solar eclipse around the corner on August 21st, an event I look forward to with much excitement, the end of the world is once more being predicted. In light of this, I figure it’s time to burst a few bubbles and explore how the Bible presents solar eclipses and what they mean so people wont start doing irrational acts of preparing for an end that isn’t coming.

For this post (with a second one to follow next week), let’s look at some passages that explore the symbolic quality of a solar eclipse. In the book of Sirach, the seventeenth chapter presents a poetic image of creation. It starts with the fact that humanity came from the earth and returns to the earth. From there, Sirach speaks of both the unique place of the human person in creation and our moral responsibility to creation and our neighbor. Toward the end of chapter seventeen, Sirach makes a plea for conversion. This conversion emphasizes the mercy of God in contrast to the sins we commit. This distinction hits a high-point in Sirach 17:29-32.

How great is the mercy of the Lord,
and his forgiveness for those who return to him!
For not everything is within human reach,
since human beings are not immortal.
Is anything brighter than the sun? Yet it can be eclipsed.
How worthless then the thoughts of flesh and blood!
God holds accountable the hosts of highest heaven,
while all mortals are dust and ashes. (Sirach 17:29-32)

It should be self-evident that Sirach’s use of the image of a solar eclipse is metaphorical. The eclipse of the sun is likened to sin’s power to “darken” God’s mercy. Therefore, this use of an eclipse is to be more of a reminder to embrace God’s forgiveness, not a foreshadowing of the end times. In short, strike one for the conspiracy theorists. 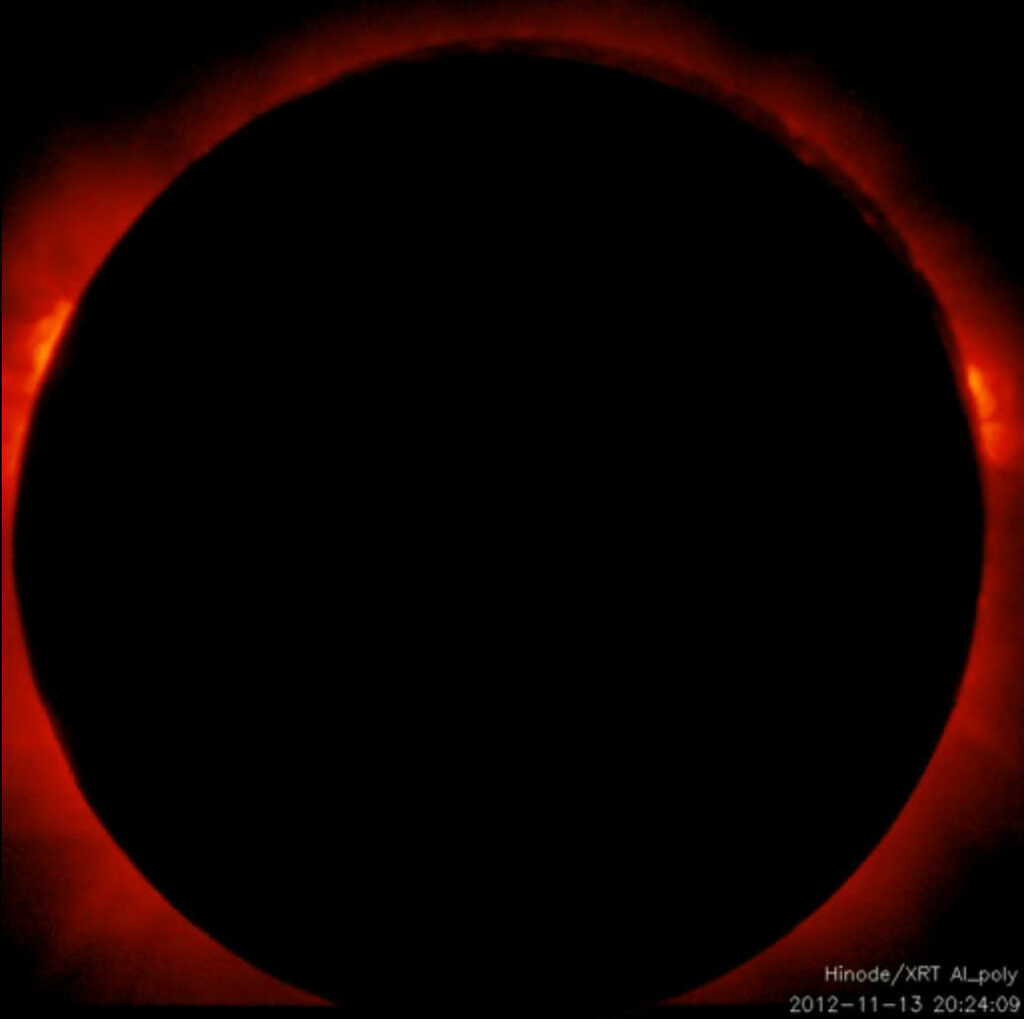 Another fascinating reference to an eclipse is implied in the book of Job. For those who are not familiar with the book, God allows Satan to test Job by taking away everything that is important to him. As Job tries to stay faithful to the Lord, he finally snaps and vents his anger upon God.

Perish the day on which I was born,
the night when they said, “The child is a boy!”
May that day be darkness:
may God above not care for it,
may light not shine upon it!
May darkness and gloom claim it,
clouds settle upon it,
blackness of day affright it! (Job 3:3-5)

Some may argue that this really isn’t a reference to an eclipse, but more of a poetic description of the deep anger and grief Job faced to the point of wishing he were never born. In many ways, I hear this type of lament in many of the people of God who think that the world has gotten so evil and so dark that it is a mystery to them why God puts up with us. When someone embraces this level of despair for the world, looking for signs of the end becomes much easier. The irony is that just as God does not appease the despairing hearts of our time who plea for the end of the world, neither does God appease the pleas of Job.

Then the LORD answered Job out of the storm and said:
Who is this who darkens counsel
with words of ignorance?
Gird up your loins now, like a man;
I will question you, and you tell me the answers!
Where were you when I founded the earth?
Tell me, if you have understanding.
Who determined its size? Surely you know?
Who stretched out the measuring line for it?
Into what were its pedestals sunk,
and who laid its cornerstone,
While the morning stars sang together
and all the sons of God shouted for joy?
Who shut within doors the sea,
when it burst forth from the womb,
When I made the clouds its garment
and thick darkness its swaddling bands?
When I set limits for it
and fastened the bar of its door,
And said: Thus far shall you come but no farther,
and here shall your proud waves stop?
Have you ever in your lifetime commanded the morning
and shown the dawn its place
For taking hold of the ends of the earth,
till the wicked are shaken from it?
The earth is changed as clay by the seal,
and dyed like a garment;
But from the wicked their light is withheld,
and the arm of pride is shattered. (Job 38:1-15)

The response of God goes on, and on, and on, but it all communicates a similar message: Job – who do you think you are? Some may find this response a bit terse. However, speaking as a priest, there are times when the despairing heart becomes so deep that the most “pastoral” way to address someone who thinks things are so bad that God should just end it all is to find a way to politely say, “Snap out of it!” Strike two for the conspiracy theorists!

At the heart of many who buy into bogus conspiracy theories about the end of the world is a reasonable concern: Fear that God is displeased with us and our world. At one level, there much for us to worry about when it comes to the direction of our world and how God may view these situations. Yet, to lose sight that when these “darkened sun” moments come, the proper disposition of heart is not to think the world is ending, but to turn instead to the mercy of God to bring light into our lives. If you wish to doubt me that the Bible is less worried about signs in the skies like solar eclipses and more concerned about the humbled heart turning to God, read this passage from Jeremiah when he speaks of obsession with astrological symbols as akin to idolatry.

Hear the word the LORD speaks to you, house of Israel.
Thus says the LORD:

Do not learn the ways of the nations,
and have no fear of the signs in the heavens,
even though the nations fear them. (Jeremiah 10:1-2)

Fearing the end of the world can be seen as an act of idolatry? Yes, yes it can. In fact, many of the presumptions of how the Bible treats astrological symbols has little to do with what the Bible actually says and more to do with how our culture has an unhealthy fixation with astrology that is imposed upon Christianity. A personal experience of this was when I taught an Introduction to Astronomy class to high school students back in 2012. When it was shared with the families that I was offering an astronomy course, I received some pointed phone calls about the scandal of teaching an “Astrology” course at a Catholic high school. I reassured the parents and students that I wasn’t teaching the class how to read palms, but was going to study why stars explode. When I shared this distinction with my students, one of them with a good sense of humor jokingly protested he was disappointed my class wasn’t about astronomy, but about Hollywood burnouts.

This reflection illumines an important point on how many people confuse astronomy and astrology. The Church has no problem with the science of astronomy. The Church has huge problems with the fortune telling, gloom and doom prophecies of astrology. Therefore, when we approach things like solar eclipses, our faith invites us to enjoy them astronomically as a natural event in God’s creation and not a foreboding sign of the end of the world. Conspiracy theorists, strike three!

Next week, I will continue our exploration of solar eclipses and the Bible. For now, however, I simply want to encourage all of our readers to do one thing as we prepare for the solar eclipse in August: Don’t fear this event, but celebrate this event as a gift from God.