We need more people, and a more diverse body of people, going into science and science-related fields.

That is a commonly-expressed sentiment.  I teach a class that introduces a broad swath of people to science: Astronomy 101 (at Jefferson Community & Technical College in Louisville, Kentucky).  My class uses astronomy’s history to help students understand what science is, how science works, and why we know what we know in science.*  With all that history in the class, we run into a lot of religion—and usually by the time we reach Johannes Kepler, perhaps the most overtly religious major astronomer of them all, students are asking questions.

“What is this?”, they want to know, “Religious people doing science?”  They think religion and science don’t mix.  You have religious people, and you have science people.  You know—Ken Ham, of Answers in Genesis, and Bill Nye the Science Guy (who were the subject of much media coverage when they debated in Kentucky a few years ago).  That’s the Standard Narrative of what sort of person does science.  This fall a student of mine invoked the Standard Narrative thusly:

Kepler’s religious beliefs really show in his work and I can’t say I agree.  I believe that science and religion should be separate….

Ada Palmer, a historian at the University of Chicago, has noted that this sort of narrative is “constantly rebutted by scholars but just as constantly repeated in a thousand popular forms”.*~  The Standard Narrative shouts down the scholars.  Palmer notes how it has become—

more and more difﬁcult to teach the scientiﬁc revolution.  I remember grading an undergraduate paper in which a student remarked that she was shocked to ﬁnd Christianity in the works of Francis Bacon because, ‘I always thought of science as the enemy of religion.’  Students come to discussions expecting adversarial and entrenched camps, and many come already wounded by personal attacks, whether on their faiths or nonfaiths.

This is something that she says, “tragically makes it difﬁcult for real positive conversation to begin, especially in the classroom.”

This most beautiful System of the Sun, Planets, and Comets, could only proceed from the counsel and dominion of an intelligent and powerful being. And if the fixed Stars are the centers of other like systems, these, being form’d by the like wise counsel, must be all subject to the dominion of One; especially since the light of the fixed Stars is of the same nature with the light of the Sun, and from every system light passes into all the other systems. And lest the systems of the fixed Stars should, by their gravity, fall on each other mutually, he hath placed those Systems at immense distances from one another.

This Being governs all things, not as the soul of the world, but as Lord over all: And on account of his dominion he is wont to be called Lord God παντοκράτωρ [Pantokrator], or Universal Ruler. For God is a relative word, and has a respect to servants; and Deity is the dominion of God, not over his own body, as those imagine who fancy God to be the soul of the world, but over servants. The supreme God is a Being eternal, infinite, absolutely perfect; but a being, however perfect, without dominion, cannot be said to be Lord God; for we say, my God, your God, the God of Israel, the God of Gods, and Lord of Lords; but we do not say, my Eternal, your Eternal, the Eternal of Israel, the Eternal of Gods; we do not say, my Infinite, or my Perfect: These are titles which have no respect to servants. The word God usually signifies Lord; but every lord is not a God. It is the dominion of a spiritual being which constitutes a God; a true, supreme, or imaginary dominion makes a true, supreme, or imaginary God. And from his true dominion it follows that the true God is a Living, Intelligent, and Powerful Being; and, from his other perfections, that he is Supreme or most Perfect. He is Eternal and Infinite, Omnipotent and Omniscient; that is, his duration reaches from Eternity to Eternity; his presence from Infinity to Infinity; he governs all things, and knows all things that are or can be done. He is not Eternity and Infinity, but Eternal and Infinite; he is not Duration and Space, but he endures and is present. He endures forever, and is every where present; and, by existing always and every where, he constitutes Duration and Space.

Obviously the Standard Narrative is simply wrong regarding religious people doing science.  Newton alone would establish that.  (Indeed, what if science only produces a Newton when religion and science are not separate?)  Newton, Kepler, Michael Faraday, Robert Boyle, James Clerk Maxwell and other people of faith who did and do science clearly establish that.  They make it clear that folks who think like the above-mentioned students have been victims of wrong information taken as common knowledge.  That information may be directly wrong, coming from sources that care little for what scholars have to say.  It may be more subtly wrong, coming from seemingly reliable sources that should care about what scholars have to say.  The textbook for the astronomy class that I took when I was in college, for example, mentioned Galileo’s discoveries, and noted how “the Roman Catholic church attacked his ideas because they were not reconcilable with certain passages in the Bible”.  That textbook devoted more space to Kepler than to Galileo, but made no mention of Kepler’s religious motivations for his work.  Thus, in what it chose to include, and what it chose not to include, that textbook reinforced the Standard Narrative regarding what sort of person does science.  Plenty of textbooks do the same, effectively adding to the wrong information.

Let us consider more broadly the impact of this wrong common knowledge about who does science.

My students are increasingly diverse.  One day one of them, speaking of Newton, Kepler, and the like, said that these people and this subject had no resonance with her.  Dead white guys.  Science is not the business of people like her, she said.

Why would she say that?  That statement is a real challenge (borrowing Ada Palmer’s words here) to positive conversation.  Because, she knows that Standard Narrative, constantly repeated in a thousand popular forms, about who does science.  It tells her that science is the business of people like Bill Nye, not people like her.

But consider how wrong that narrative is in the case of religion.  Why then should we believe it regarding race, ethnicity, gender or anything else?  Why should we think there are not Newtons nor Keplers among all people?

Maybe those Newtons and Keplers just did their work in fields of science that don’t get as much exposure today as does the science of gravity and the solar system.  Abu ‘Ali al-Hasan ibn al-Hasan ibn al-Haytham, born in Basra in what is now Iraq in 965 A.D., did all sorts of work in the science of Optics, and his books would be a standard reference for later scientists (such as Kepler) who are now better-known.  Al-Haytham also wrote of wanting “to discover what it is that brings us closer to God, what pleases Him most, and what makes us submissive to His ineluctable Will” and that “for gaining access to the effulgence and closeness to God, there is no better way than that of searching for truth and knowledge.” 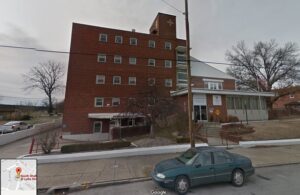 The former Louisville Red Cross Hospital, co-founded by William H. Perry.  The building is now used for other purposes.

Or maybe those Newtons and Keplers lived in places where the opportunities were such that they were unlikely to work on fundamental science and to be remembered as Greats of Science like Newton and Kepler.  Consider William H. Perry, the subject of last week’s blog.  Was Perry a Newton or a Kepler?  Who knows?  But despite being born in a time and a country where he might have been a slave (had he been born a little further south—he was born in 1860 in Indiana, a free state), he obtained an education.  He became a school teacher in his late teens.  By the time he was in his late twenties he was a school principal, and involved in the founding of a state college.  He obtained a law degree and wrote an influential article regarding African American lawyers before he was out of his thirties.  He was a doctor before he was out of his forties.  He went on to help found a hospital, and he lived into his eighties.  And he was a poet.  And he was a Christian who wrote about God and truth in his in his poetry in a manner that Newton, Kepler, or Al-Haytham would surely recognize.  Perry was clearly a man of great and diverse ability.  He put his abilities and his scientific interests to work—not in the same way Kepler and Newton did, but science was still his business.  And Perry is just one person, in one town, who I happened upon by accident.  The ease with which I stumbled upon him suggests that many communities probably have their own Perrys.

Or suppose even that we imagine those Newtons and Keplers living in aboriginal communities with no contact with the outside world.  It seems certain that any talented person in such a community who had the inclination to study and test nature to see how things work, and to determine what was true, would be a great benefit for that community.  And certainly after that person had passed away, the community would remember a time when the structures in the villages were built better, the children were healthier, the cooking fires burned hotter, the food tasted better, the crops were managed better, the fish were caught more easily, and so forth.

Science is the business of all people.  The idea that a certain sort of person does science is lousy, exclusionary, and bad for science, whether that certain sort means a person having a certain ethnicity or gender, or a certain religious (or non-religious) outlook.  If we want more people, and a more diverse body of people, to be interested in working in science and science-related fields, we must squelch the Standard Narrative that says that science is the business of certain sorts of people, and not of others.

(This post is part of a collection of posts on the subject of who can do science—click here for the whole series.)

*I built my own textbook to help in that regard, since existing books did not answer the sorts of questions some of my students asked.  Click here and look for the free “preview” to check out the textbook.  Indeed, my students’ questions are a large part of why I started to study the history of astronomy in the first place (click here for more on that).