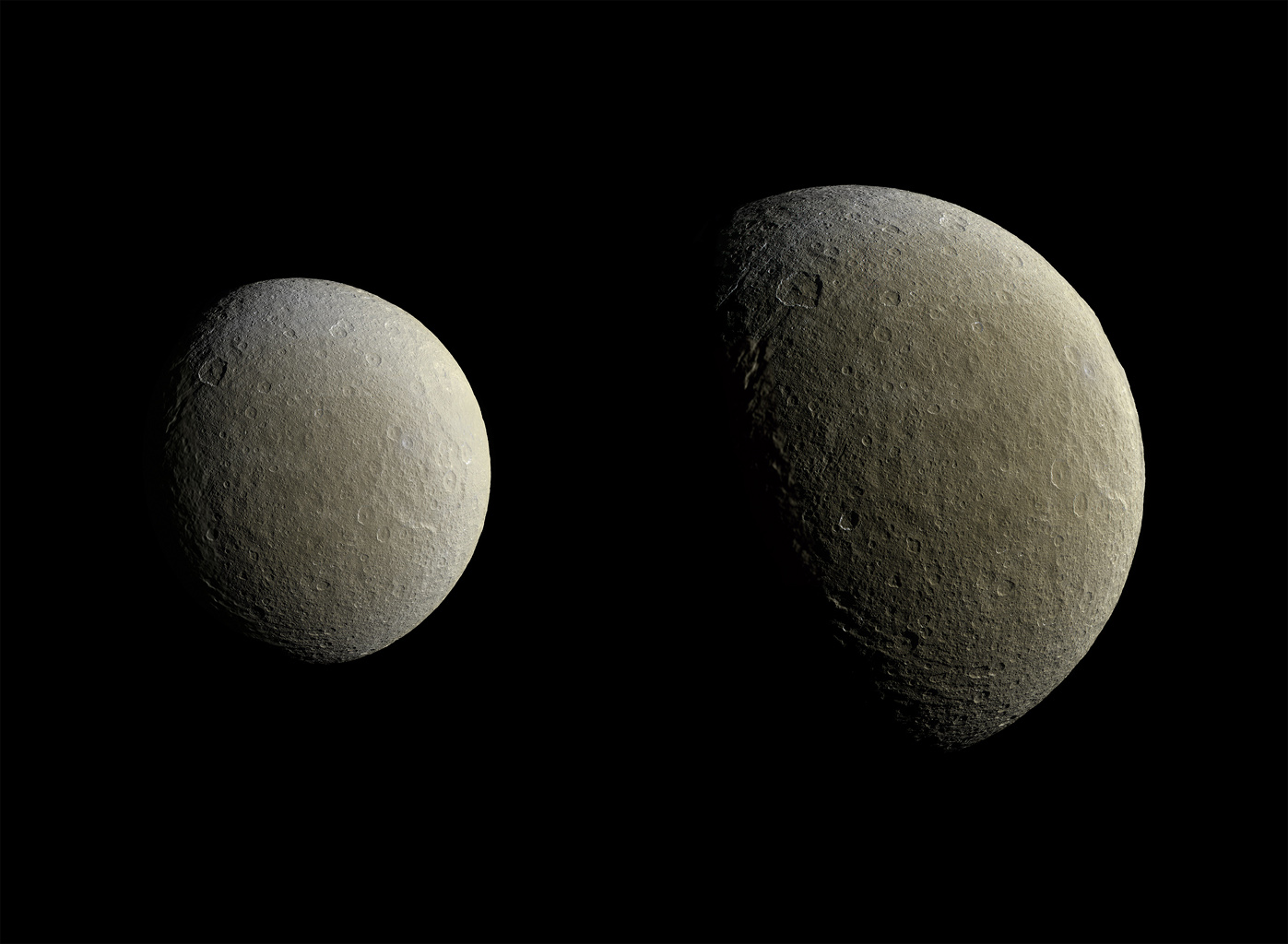 A dual view of Saturn‘s icy moon Rhea marks the return of NASA’s Cassini spacecraft to the realm of the planet’s icy satellites. This follows nearly two years during which the spacecraft’s orbits carried it high above the planet’s poles. Those paths limited the mission’s ability to encounter the moons, apart from regular flybys of Titan.

Cassini’s orbit will remain nearly equatorial for the remainder of 2015, during which the spacecraft will have four close encounters with Titan, two with Dione and three with the geyser-moon, Enceladus.

Titan is Saturn’s largest moon. It is surrounded by a thick, hazy golden atmosphere of mostly nitrogen, with some methane, and hydrocarbons. Credit: NASA/JPL/Space Science Institute

Enceladus is one of the most scientifically compelling bodies in our solar system. The moon displays at least five different types of terrain, and has geysers of water vapor that gush out to a distance of three times the moons radius. Credit: Cassini Imaging Team, SSI, JPL, ESA, NASA

The views show an expanded range of colors from those visible to human eyes in order to highlight subtle color variations across Rhea’s surface. In natural color, the moon’s surface is fairly uniform. The image at right represents the highest-resolution color view of Rhea released to date.

The Cassini-Huygens mission is a cooperative project of NASA, ESA (European Space Agency) and the Italian Space Agency. NASA’s Jet Propulsion Laboratory in Pasadena, California, manages the mission for the agency’s Science Mission Directorate in Washington. JPL is a division of the California Institute of Technology in Pasadena. The Cassini imaging operations center is based at the Space Science Institute in Boulder, Colorado. 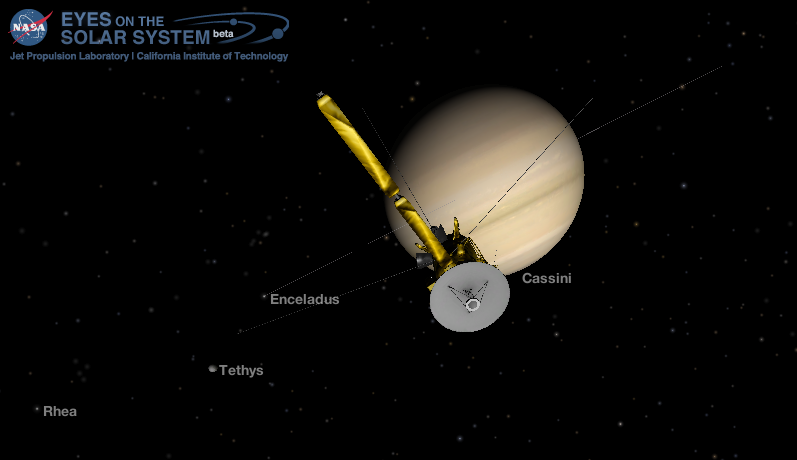 Simulation of the Cassini Spacecraft on April 11, 2015 from NASA Eyes on the Solar System app.