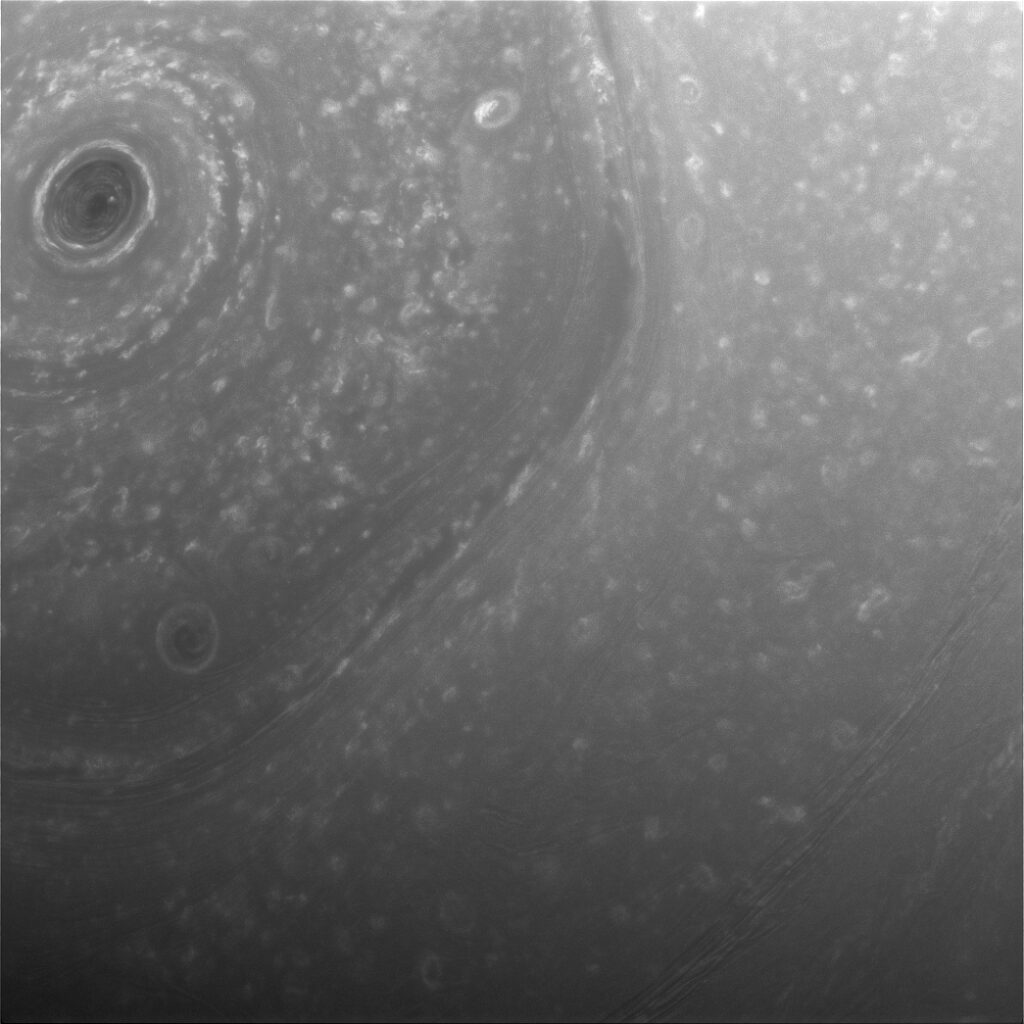 NASA’s Cassini mission to Saturn is in its final months. The spacecraft has been put into a polar orbit which brings it over Saturn’s poles, and very close to the main rings. Cassini has sent back spectacular views of  Saturn’s north polar region shortly before it made its first close pass by the outer edge of Saturn’s main rings.

In late April, Cassini will again change its orbit, bringing the spacecraft between Saturn’s innermost ring, and its cloudtops. These orbits send tingles through my spine when I think about them; there is a chance that a ring particle might impact the spacecraft, rendering it nonfunctional. According to NASA Eyes on the Solar System, when Cassini passes through the ring plane from now through April, it will be travelling at 21 km/sec. When it changes orbit in late April, and gets closer to Saturn, it will be passing over the cloudtops at about 34 km/sec.

If Cassini survives all its passes through the ring plane, it will scrape the top of Saturn’s atmosphere in mid-September, and incinerate, becoming a brief meteor in Saturn’s skies. But before that happens, you should be seeing many new images of Saturn’s rings.

NASA’s Cassini spacecraft has sent to Earth its first views of Saturn’s atmosphere since beginning the latest phase of its mission. The new images show scenes from high above Saturn’s northern hemisphere, including the planet’s intriguing hexagon-shaped jet stream.

Cassini began its new mission phase, called its Ring-Grazing Orbits, on Nov. 30. Each of these weeklong orbits — 20 in all — carries the spacecraft high above Saturn’s northern hemisphere before sending it skimming past the outer edges of the planet’s main rings. 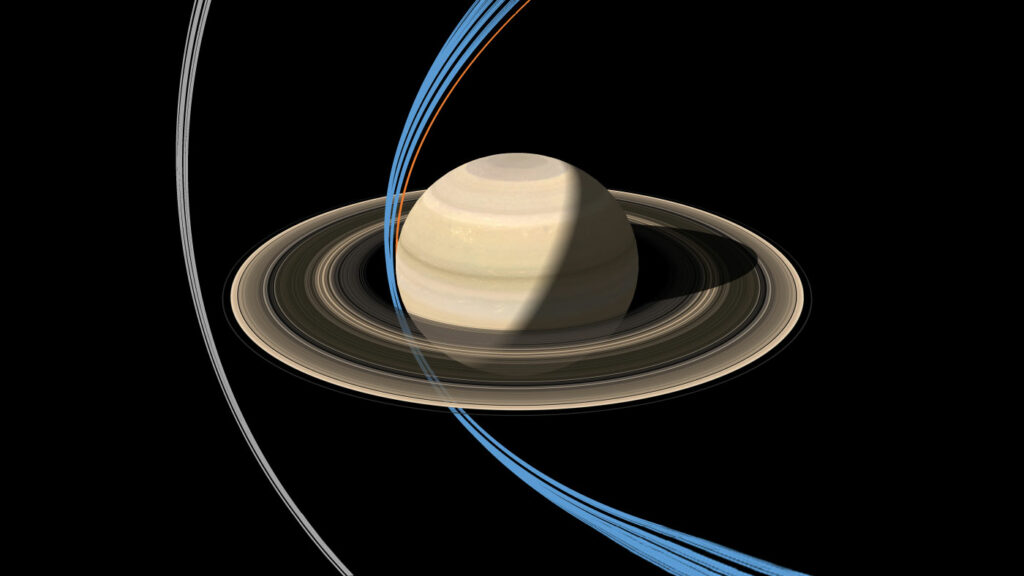 Cassini’s imaging cameras acquired these latest views on Dec. 2 and 3, about two days before the first ring-grazing approach to the planet. Future passes will include images from near closest approach, including some of the closest-ever views of the outer rings and small moons that orbit there. 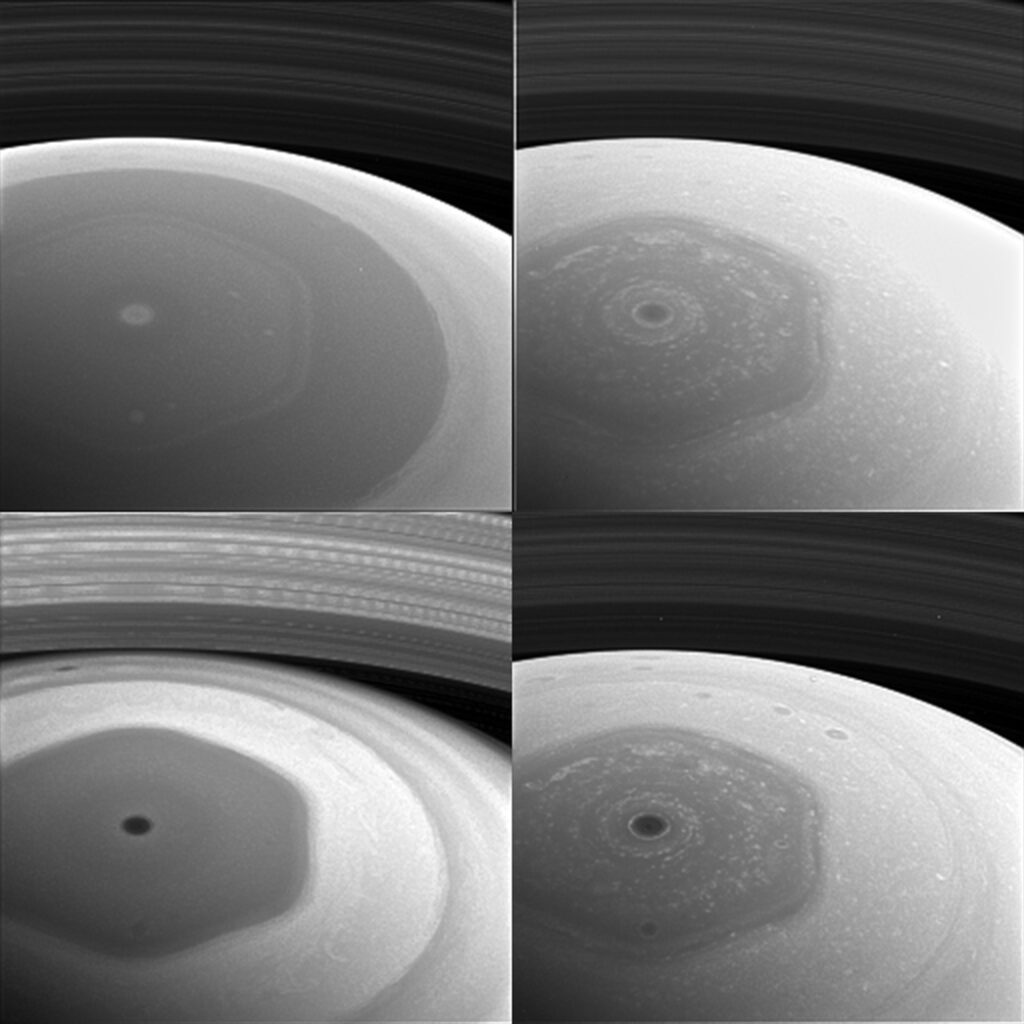 “This is it, the beginning of the end of our historic exploration of Saturn. Let these images — and those to come — remind you that we’ve lived a bold and daring adventure around the solar system’s most magnificent planet,” said Carolyn Porco, Cassini imaging team lead at Space Science Institute, Boulder, Colorado.

The next pass by the rings’ outer edges is planned for Dec. 11. The ring-grazing orbits will continue until April 22, when the last close flyby of Saturn’s moon Titan will once again reshape Cassini’s flight path. With that encounter, Cassini will begin its Grand Finale, leaping over the rings and making the first of 22 plunges through the 1,500-mile-wide (2,400-kilometer) gap between Saturn and its innermost ring on April 26. 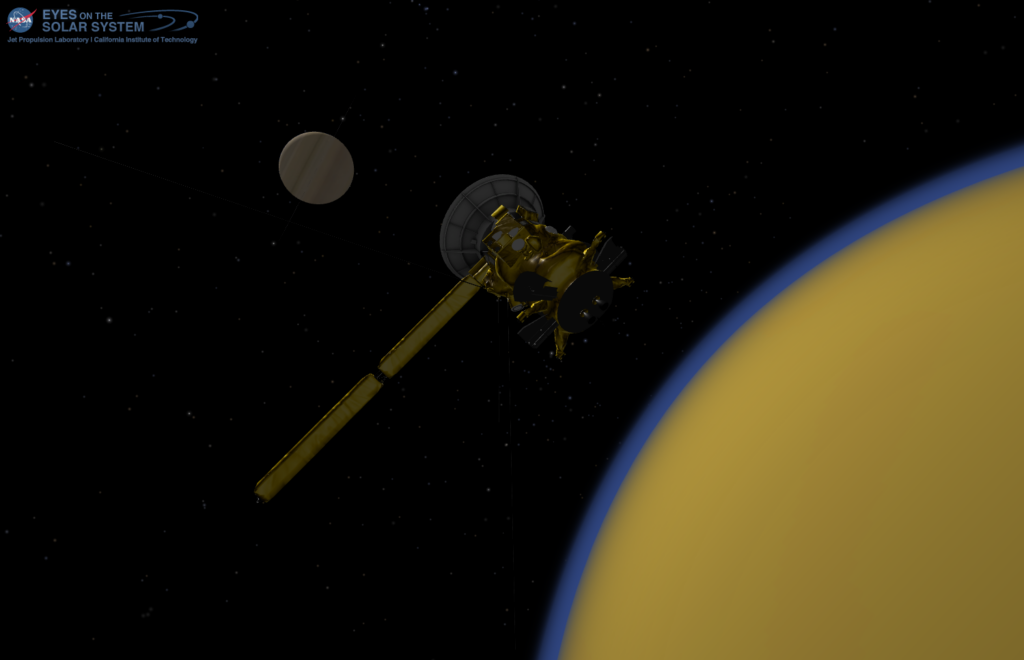 On Sept. 15, the mission’s planned conclusion will be a final dive into Saturn’s atmosphere. During its plunge, Cassini will transmit data about the atmosphere’s composition until its signal is lost.

Launched in 1997, Cassini has been touring the Saturn system since arriving in 2004 for an up-close study of the planet, its rings and moons. Cassini has made numerous dramatic discoveries, including a global ocean with indications of hydrothermal activity within the moon Enceladus, and liquid methane seas on another moon, Titan. 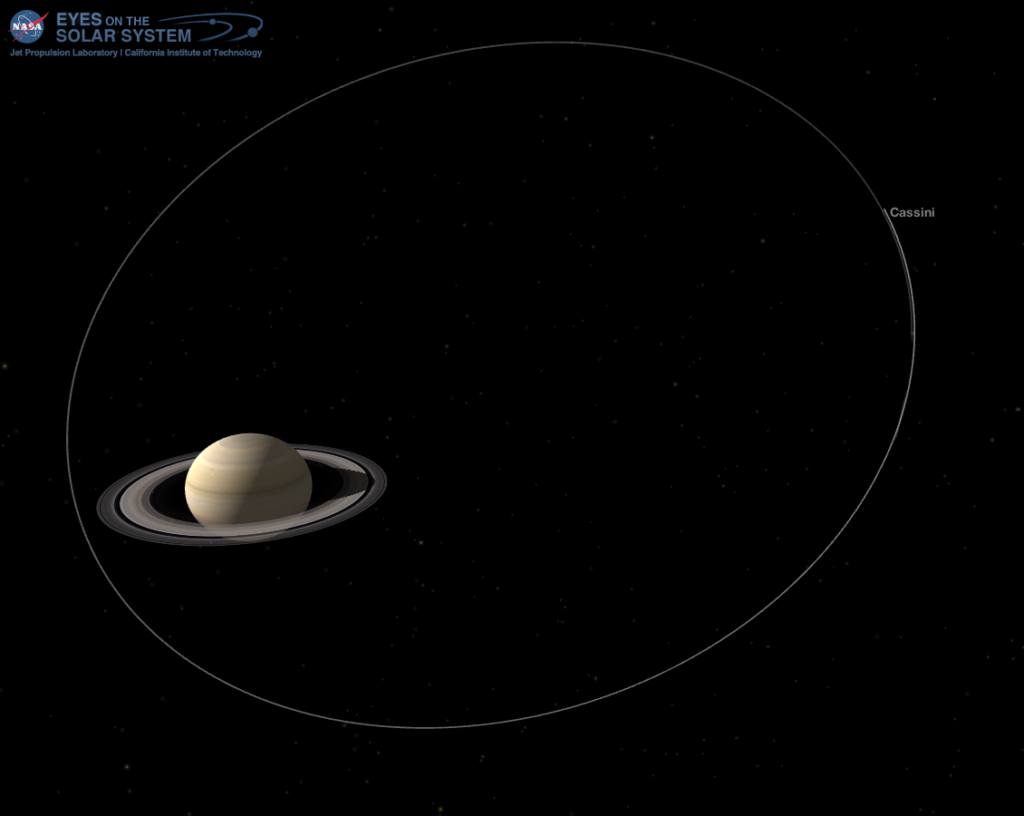